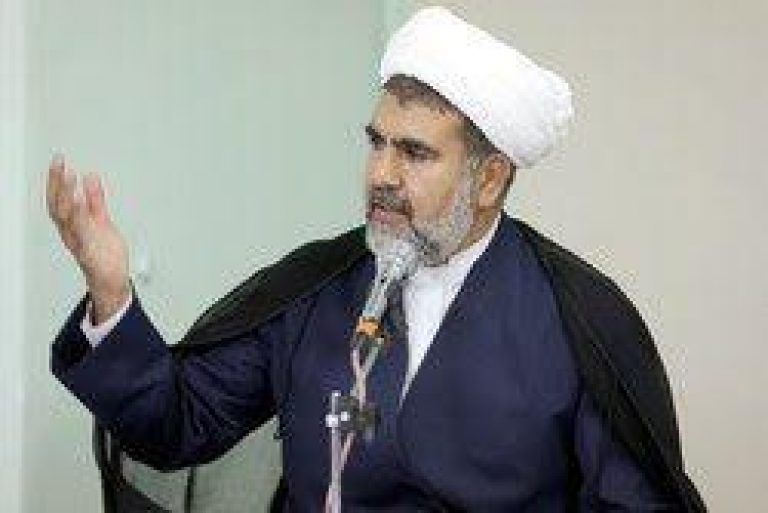 By Amir Toumaj | March 8th, 2019 | a.toumaj@gmail.com | @AmirToumaj
On March 6, Hojjat ol-Eslam Musa Qazanfar-Abadi, the head of the Tehran Islamic Revolution Courts, said the Islamic Republic would deploy non-Iranian Shiite militias in Iran if the system faces danger of downfall.
“If we do not support the revolution, Iraqi Hashd al-Sha’bi [Popular Mobilization Forces (PMF)], Afghan Fatemiyoun, Pakistani Zeynabiyoun and Yemeni Houthis will come and support the revolution,” Qazanfar-Abadi told a crowd at Masoumiyeh religious seminary in Qom. The seminary is a top institution for training clerics who graduate to the military and security services.
Militias constitute the backbone of the Islamic Republic’s power projection in Southwest Asia. The Islamic Revolutionary Guard Corps (IRGC) has been particularly successful in raising tens of thousands of Shiite paramilitaries. The Afghan Fatemiyoun Division and Pakistani Zeynabiyoun Brigade formed during the Syrian war, where the IRGC has deployed Lebanese Hezbollah, as well as other groups. Old and new IRGC-backed Iraqi militias joined the PMF following the Islamic State incursion into Iraq in 2014. The IRGC is sponsoring the Houthis, who are followers of the Zaydi sect of Shiism.
Qazanfar-Abadi is serious when he says the Islamic Republic would use its foreign legion in Iran, if necessary. For instance, if protesters overwhelm security forces.
Amir Toumaj is a independent analyst and contributor to FDD's Long War Journal.
--- ---
...