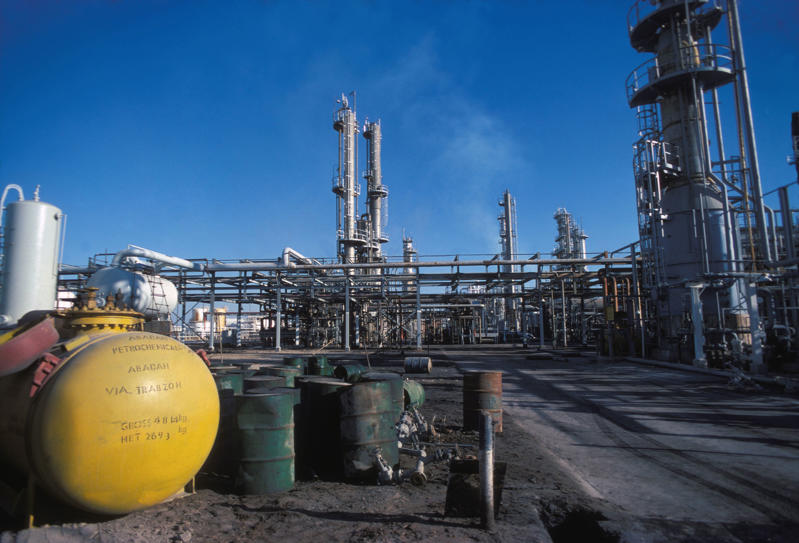 Iran’s Revolutionary Guards are looking to fill a vacuum in the energy sector created by Western companies that pulled out of the Islamic republic following the reimposition of U.S. sanctions.
Saeed Mohammad, head of Khatam al-Anbiya, the construction arm of the elite force, said his organization was ready to replace Total, the French company, in the development of phase 11 of the South Pars gas field, the republic’s flagship hydrocarbons project.
“The Islamic Revolutionary Guard Corps stands by the dedicated government against this fierce economic war and is in the front line of [foiling] economic conspiracies of the [U.S.],” he said in a speech at the launch of new projects at South Pars last week.
The guards’ involvement in the project would signal a shift in the government’s energy policy that analysts said had been forced on it by Donald Trump’s decision to withdraw from the nuclear accord last year and hit Iran with crippling sanctions.
It underlined how regime hard-liners have been emboldened by the U.S. president’s aggressive stance toward the republic and were exploiting the pressure on President Hassan Rouhani’s government to consolidate their power.
The guards boast a sprawling business empire, but they had been prevented from expanding into the energy sector mainly by the efforts of Bijan Namdar Zanganeh, the oil minister.
After Tehran sealed the nuclear deal with world powers in 2015, Zanganeh refused to give the guards any additional projects in oil and gas. The government wanted to lure Western majors back to the Islamic republic to help expand production and revitalize aging infrastructure.
South Pars was one of the government’s biggest successes. In July 2017, Total signed a multibillion-dollar deal to develop the giant gas field, Tehran’s first important energy contract with a European oil company in more than a decade. But a year later, the French group announced it would pull out of the country because of U.S. sanctions.
Some analysts said Zanganeh had little choice but to reconsider his policy as he battled to keep exports flowing and deliver vital projects. Oil exports have fallen from a peak of about 2.8 million barrels a day in May last year to about 1.3 million barrels a day.
Zanganeh indicated to reporters on a recent visit to South Pars that he was willing to replace Total with China’s state-owned CNPC, which is already a partner in the project. But he did not rule out cooperation with the guards, despite his previous criticism of the force’s alleged failure to meet its commitments.
“I consider our young, hardworking and devoted colleagues in Khatam al-Anbiya as our friends,” Zanganeh said. “We have resolved the differences between us and Khatam al-Anbiya and the guards.”
Under the previous agreement, Total owned just over half of the South Pars project while CNPC had a 30 percent stake. The remainder was held by Petropars, an Iranian company.
The development of South Pars is central to the republic’s energy and industrial plans. It is home to the world’s largest natural gas field, which Iran shares with Qatar, the largest exporter of liquefied natural gas. Western sanctions have meant Tehran has never been able to exploit its full potential.
The guards were involved in projects at South Pars before Rouhani was elected in 2013. The president sought to curb the economic influence of the guards and some of its senior members and business associates were arrested in 2017. The push against the guards’ business interests was seen as an attempt to tackle corruption and attract much needed foreign investment.
The guards’ role in the opaque economy is often cited as an impediment to investment and their involvement in the energy sector could complicate Tehran’s efforts to re-engage with international companies if sanctions are lifted.
Rouhani told oil and gas officials that the U.S. was wrong if it thought sanctions would stop all projects. He added that Tehran had managed to “strike a tough blow to the enemy” by continuing its development plans.
---The elite force wants to exploit a vacuum in the energy sector created by U.S. sanctions. ---
...