Donald Trump's lies: 3 theories on why they don't seem to faze him (or his supporters) 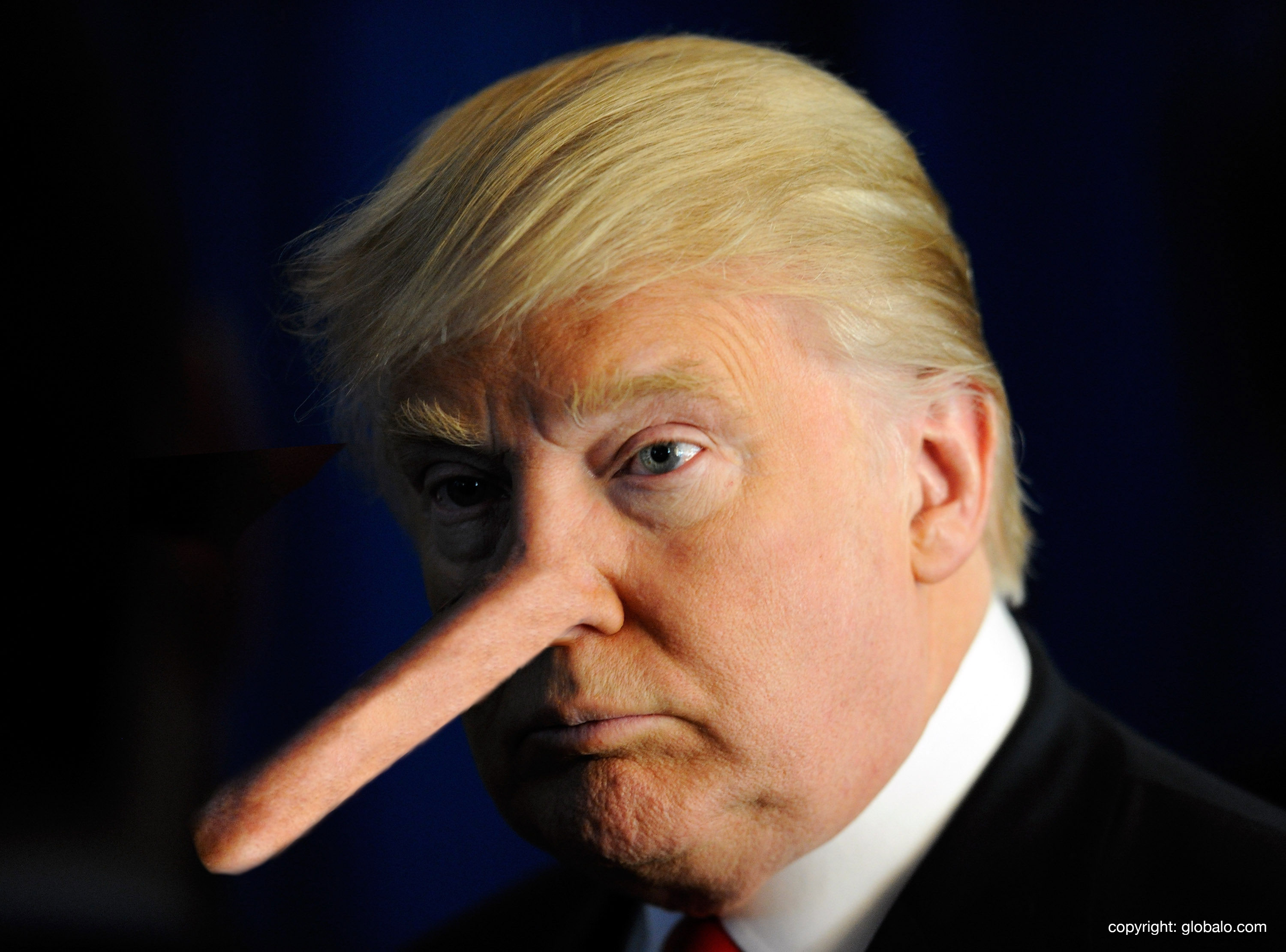 Analysis by Chris Cillizza, CNN Editor-at-large
Updated 1432 GMT (2232 HKT) April 3, 2019
(CNN)On Tuesday, during a sit-down with NATO Secretary General Jens Stoltenberg, President Donald Trump said something that wasn't true. About his own father.
"My father is German -- was German," Trump said. "Born in a very wonderful place in Germany, so I have a great feeling for Germany."
Fred Trump was, of course, born in New York City. (His father, the President's grandfather, was born in Germany.) It's an easily checkable fact, but this is at least the third time that Trump has claimed that his father was born in Germany when he, well, wasn't.
Why does he do it? Because facts have always been a fungible thing to Trump. He has, throughout his life, bent them to fit the narrative he is telling about himself. For most people, getting something factually wrong -- especially in a public setting -- is disconcerting and embarrassing. Trump doesn't have that gene. Facts are whatever he wants them to be. And they can change, depending on his own circumstances. He tells himself a story of his life in which he is always the hero, always the winner, and then repeats that story over and over again. He doesn't care if objective facts get in the way.
That is troubling, but not terribly hard to understand. What is more difficult to wrap your head around is why Trump's towering record of distortions and falsehoods seem to have zero effect on either a) his willingness to keep lying or b) how people perceive him. Those two ideas are intertwined, of course -- he lies because he feels he can do so without penalty -- and I have a few theories about the seeming total lack of concern among many people for a President who has said more than 9,000 false or misleading things in his first 802 days in office.
1) It's baked in the cake: It's not as though Donald Trump started bending (and breaking) the truth when he was elected President. He spent much of the 2016 campaign doing almost exactly what he has done as President: Exaggerating, distorting and, at times, flat-out lying. And voters got that! Just 33% said he was "honest and trustworthy," according to exit polling in 2016. But even then, a number of them didn't seem to care. Almost two-thirds of voters (64%) said Trump was neither honest nor trustworthy, but of that group, one in five voted for Trump anyway!
The reality is that lots of voters -- especially those who voted for Trump -- never thought he was an honest guy. They knew he was lying about things -- from the extent of his wealth to his many alleged golf championships to bigger issues like his conduct with women. They didn't care. Or, more accurately, they cared about other things more.
2) All politicians lie: Time and time again during the 2016 campaign, when confronted with Trump's record of false statements, voters would tell reporters some version of this: Sure, Trump lies. But all politicians lie! At least he's honest about it! Yes, that makes very little sense -- particularly because Trump wasn't honest about all the times he didn't tell the truth; he refused to acknowledge them at all.
But what voters were saying -- even if they were saying it in a somewhat convoluted way -- was that Trump was so different, so weirdly transparent about his willingness to say anything and do anything to win that they kind-of believed he was genuine. Even if they knew he wasn't, by any traditional standard, honest. And that mattered because it differentiated him from the way people saw all other politicians: Liars but so smooth at it that you never knew. Always trying to pull the wool over your eyes, to serve you food they got from the trash can and tell you it was from a five-star restaurant. Trump's lies were so over-the-top, so -- in a way -- laughable, that people found (and find) them endearing in an eye-roll-y, did-you-hear-what-he-said? way.
3) Many people don't trust the media: Trump didn't create distrust in the media. In 2016, just 32% of people told Gallup that they thought the media reported the news "fully, accurately and fairly." (That number, in late 2018, had risen back to 45%.) What Trump did do is weaponize the lingering distrust in ways we've never seen before. "Fake news" has become ubiquitous in the culture -- as an ironic punchline for some, sure, but nonetheless ubiquitous.
The rise of Fox News -- and its near-monopoly on conservative mind-share in the country -- has dovetailed with Trump's ascent and created both a political and economic model by which convincing people that the media isn't just unfair but is purposely not telling the truth is monetized for gain. Where we are in this country is that if someone at CNN says the sky is blue, a big chunk of Trump supporters will shout "fake news" while high-fiving. They revel in the idea that the mainstream media is totally obsessed with Trump, suffering from a severe case of TDS ("Trump Derangement Syndrome"). They don't even engage with the facts because those "facts" are coming from a messenger (the media) that they believe is dismissive of their way of life and their beliefs and will do anything -- including lying about the truth -- to accomplish some set of pie-in-the-sky liberal goals.
But the simplest reason for why Trump lies (and lies) is because he can. Because he faces no real penalty for his near-constant fabrications (22 a day!) and in some circles is rewarded for sticking it to the hated media and political classes. Is all of that not only depressing but worrisome when it comes to the future of our democracy? You bet it is.
--- ---
...