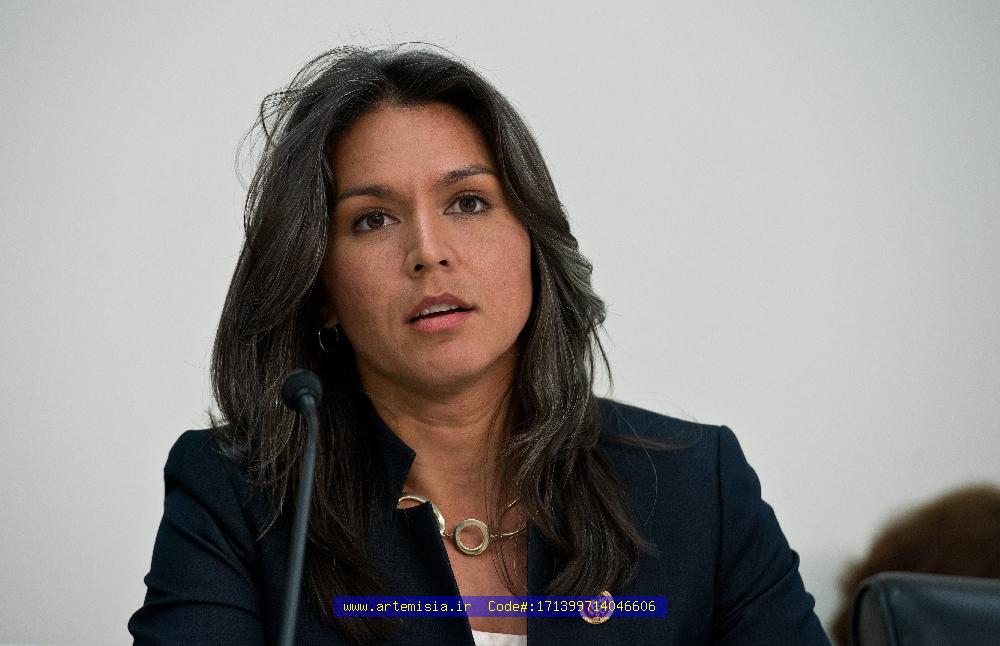 A presidential campaign video by Rep. Tulsi Gabbard (D-HI) in which she calls President Donald Trump “al-Qaeda’s big brother” in Syria caught the eye of Iran’s state-run PressTV on Wednesday, which highlighted her “Twitter attack” in defense of Rep. Ilhan Omar (D-MN).
President Trump called Omar, one of the first Muslim women elected to the U.S. House of Representatives, “extremely unpatriotic and extremely disrespectful to our country” this week after video surfaced showing the lawmaker describing the September 11, 2001, al-Qaeda attacks as “some people did something” at an event hosted by the Council on American-Islamic Relations (CAIR).
CAIR has been declared a terrorist organization by the United Arab Emirates and was named by federal prosecutors as an unindicted co-conspirator in a Hamas-funding operation.
The remarks were the latest controversy for Omar, who has repeatedly made antisemitic statements in public and won election to Congress despite allegations of immigration fraud.
PressTV picked up Gabbard’s video on Wednesday after she posted it Sunday on Twitter. In the video, she contends that opposing dictator Bashar al-Assad in Syria has landed Trump on the same side as the perpetrators of the September 11 attacks, rendering his criticism of Omar hypocritical.
Trump, not Omar, she says, has “been acting as al-Qaeda’s big brother and protector in Syria.” She adds that Trump has turned America into a “prostitute” for the Saudi government.
Trump’s criticism of Rep #IlhanOmar is complete hypocrisy. Trump says “WE WILL NEVER FORGET (9/11)!” Yet it is Trump who’s been acting as al-Qaeda’s big brother and protector in Syria, and turned America into the prostitute of AQ's biggest supporter—the Saudis #WeWillNeverForget pic.twitter.com/TLsCPxXaAd
— Tulsi Gabbard (@TulsiGabbard) April 14, 2019
The video is far from the first time Gabbard has condemned President Trump for maintaining an alliance with Saudi Arabia and opposing Iran’s attempts to expand its influence through the Middle East using proxies like Assad, the Houthi rebels in Yemen, the Popular Mobilization Forces (PMF) in Iraq, and Lebanese Hamas. In November, Gabbard called Trump “Saudi Arabia’s bitch” for maintaining a weapons sales deal with Riyadh. More recently, Gabbard called Trump a “servant of Saudi Arabia” for vetoing a bill demanding a withdrawal of U.S. advisers from Yemen, where they work alongside the legitimate government the Houthis ousted from Sana’a.
By vetoing War Powers Act, Trump again proves he’s the servant of Saudi Arabia—the theocratic dictatorship spending billions spreading the most extreme & intolerant form of Islam around the world, supporting al-Qaeda & other jihadists, & waging genocidal war in Yemen w/ US help pic.twitter.com/XsBy3EjhvW
— Tulsi Gabbard (@TulsiGabbard) April 17, 2019
Gabbard has taken a hard line in Iran’s favor on the Syrian Civil War for years, saying anti-Assad rebels in the country are “all the same” and indistinguishable from al-Qaeda, which is the Assad regime’s position on the matter. Gabbard met Assad personally during a visit to the country in 2017, prompting outrage from many who considered the visit a violation of the Logan Act, which prevents individual Americans from meeting with adverse foreign governments without express permission. Gabbard had congressional approval for the trip, but not for meeting Assad.
“Initially I hadn’t planned on meeting him,” Gabbard said at the time. “When the opportunity arose to meet with him, I did so, because I felt it’s important that if we profess to truly care about the Syrian people, about their suffering, then we’ve got to be able to meet with anyone that we need to if there is a possibility that we could achieve peace. And that’s exactly what we talked about.”
As a presidential candidate, Gabbard has attempted to use her proximity to a dictator, accused repeatedly of using chemical weapons against civilians, to her advantage in the 2020 Democratic primary. At public events, she has promised an end to “regime change wars” and to prevent a “new cold war” with Russia, Assad’s other major state ally aside from Iran.
--- ---
...