TEHRAN – Approximately 12,000 hectares of forests across the country is wiped out annually, an official with Forests, Range and Watershed Management Organization has said.
While some 11,800 hectares will undergo reforestation again, however, the reforested land may not have the same biodiversity and vegetation as the original forest, ISNA quoted Reza Bayani as saying on Sunday.
Reforestation is the natural or intentional restocking of existing forests and woodlands (forestation) that have been depleted, usually through deforestation. Reforestation can be used to rectify or improve the quality of human life by soaking up pollution and dust from the air, rebuild natural habitats and ecosystems, mitigate global warming since forests facilitate biosequestration of atmospheric carbon dioxide, and harvest for resources, particularly timber, but also non-timber forest products.
Nonetheless, the reestablishment of forests is not just simple tree planting. Forests are made up of a community of species and they build dead organic matter into soils over time.
Iran has a great share of valuable old-growth forests, some of which, especially in Zagros, age over 300-400 years, he highlighted, implying that these forests are not comparable to the young reforested areas.
Certainly, a long period of time should be spent in order to ensure that the reforested areas will function as the natural forests, for example, carbon sequestration, water penetration, soil stabilization, erosion prevention and water production will decide whether or not they are functioning, he further explained.
He went on to say that the country’s northern forests have been estimated at 2 million hectares about 60 years ago, and today it is stretching to 2,073,000 hectares taking replanted areas into account.
Referring to illegal logging as the leading cause of forest degradation, he noted that timber smuggling steadily proceeding in the forests poses a serious threat to the country’s ecology.
Yousefali Ebrahimpour, commander of the protection unit of natural resources and watershed management department of the province earlier in February said that over 450 tons of smuggled log has been seized in the forests in West Azarbaijan province, which were being smuggled to the northern provinces of the country.
Small number of forest protection units, not enforcing laws and low fines are among the other factors exacerbating the condition, Ebrahimpour added.
Pointing out that some believe that the country’s forests will gradually disappear in future, Bayani added that the claim is unscientific and not precisely reliable, thus, there must be a scientific research on the issue to support it.
“We are trying to take more protection measures on the forests preventing them from depletion, and it is scheduled to enhance environmental protection by 90 percent,” he stated.
For instance, Zagros Mountain forests ranging northwest to southeast are currently covering 6 million hectares of the country, but there are no data or photos showing the forest on past decades to determine the changes over the past years, he regretted.
“We are trying to estimate the forest coverage in the Iranian calendar year 1346 (March 1967-March 1968) due to some aerial photos taken at that time, which is the only data we achieved,” he said.
---Approximately 12,000 hectares of forests across the country is wiped out annually, an official with Forests, Range and Watershed Management Organization has said. ---...

msn.com 26/08/2019 Nature
TEHRAN – The National Park of Lake Urmia, home to several precious species and amongst 59 biosphere reserve areas, is severely threatened by many year...View Details» 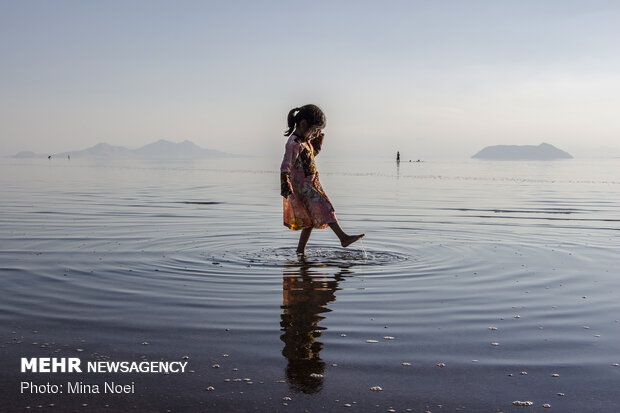 msn.com 11/04/2019 History
Authorities ordered tens of thousands of residents of the southwestern Iranian city of Ahvaz to evacuate immediately on Wednesday as floodwaters enter...View Details»