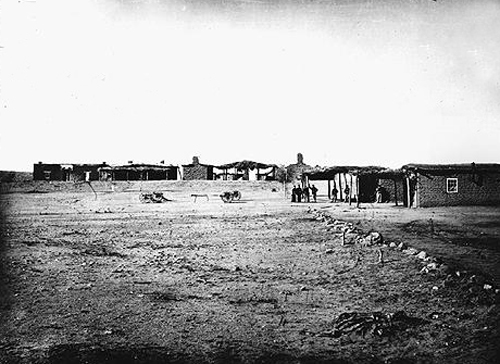 The Camp Grant massacre, on April 30, 1871, was an attack on Pinal and Aravaipa Apaches who surrendered to the United States Army at Camp Grant, Arizona, along the San Pedro River. The massacre led to a series of battles and campaigns fought between the Americans, the Apache, and their Yavapai allies, which continued into 1875, the most notable being General George Crook's Tonto Basin Campaign of 1872 and 1873.
American War Crimes

nybooks.com 23/11/2016 History
by Peter Nabokov | The New York Review of Books November 24, 2016 Issue The Other Slavery: The Uncovered Story of Indian Enslavement in America by A...View Details»