US responsible for ‘unacceptable’ deadlock on JCPOA – Lavrov 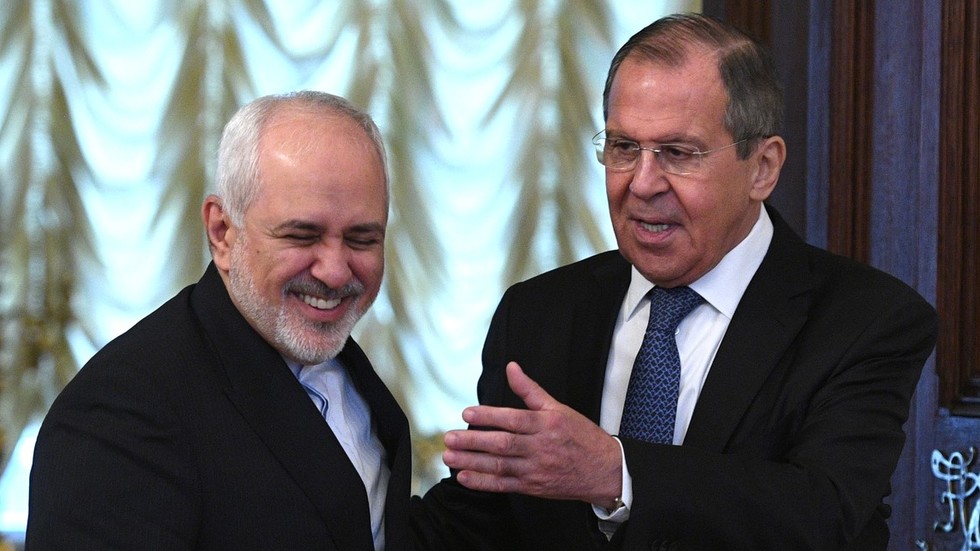 The irresponsible policies of the US have put the multilateral pact on Iran’s nuclear program at risk of failure, the Russian foreign minister said, adding that Washington should try diplomacy instead of threats for a change.
Sergey Lavrov criticized the US during a meeting with his Iranian counterpart Javad Zarif, who personally brought a letter from his government informing Russia about Tehran’s latest decision on the nuclear agreement. Russia is one of the signatories of the 2015 document, also known as JCPOA, which offered Iran relief from economic sanctions in exchange for accepting restriction on its nuclear industry.
“As I understand, our main task here is to discuss the unacceptable situation, which has unfolded around the JCPOA as a result of irresponsible behavior by the United States,” the Russian diplomat said before negotiations with the Iranians.
The Iranian minister said Tehran’s actions came in response to the US withdrawal from the deal, and were not meant to destroy the agreement. “[They] can be reversed. There is a 60-day windows of opportunity for diplomacy,” he said.
Later in the day, Lavrov lamented the current US administration’s habit of coercing other nations with threats of sanctions or direct use of military force, be it in the Middle East or Venezuela.
“The day before yesterday, I met US Secretary of State Mike Pompeo in Finland and called on him to use instruments of diplomacy instead of threats when dealing with all issues of contention, and to stick to international law and UN principles, which require the peaceful resolution of conflicts,” he said. “One has to have a taste for diplomacy, which probably not everyone has today.”
Iran on Wednesday announced that it will no longer observe the limits on reserves of enriched uranium and heavy water established by the deal, calling it a response to the US withdrawal from the JCPOA exactly a year ago. Unless European signatories of the agreement deliver on their promise to protect the Iranian economy from unilateral sanctions reimposed by the US over the last 12 months, Iran would take further action, President Hassan Rouhani said in a televised address.
All signatories were formally notified about Tehran’s decision, with Zarif using his coinciding visit to Moscow to offer personal explanations about why it was taken.
Lavrov stressed that Russia appreciated Iran’s continued compliance with the JCPOA even after the US broke its side of the bargain.
--- ---
...