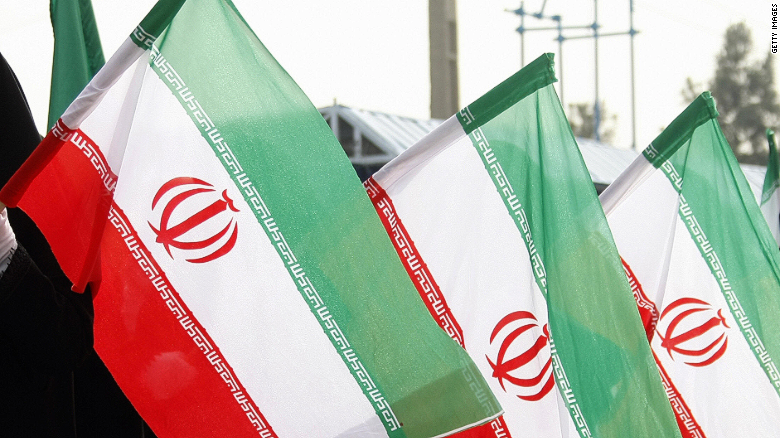 By Ryan Browne and Jamie Crawford, CNN
Updated 2247 GMT (0647 HKT) May 14, 201
Washington (CNN)The deputy commander of the US-led military coalition against ISIS said Tuesday "there has been no increased threat from Iranian backed forces in Iraq and Syria."
UK Major Gen. Chris Ghika told Pentagon reporters that the Iran-backed groups are one of many threats faced by the coalition, but said there has been no increase in the dangers they pose. Unnamed US officials have said there has been an increased threat from Iran and Iranian-backed forces against US forces in the Middle East, including Iraq and Syria.
"There are a range of threats to American and coalition forces in Iraq and Syria," Ghika said. "We monitor them all. Iranian backed forces is clearly one of them and I am not going to go into the detail of it, but there are a substantial number of militia groups in Iraq and Syria and we don't see an increased threat from many of them at this stage."
Ghika was speaking to Pentagon reporters from Baghdad as tensions between the US and Iran have spiked in recent weeks.
However, US Central Command, which oversees US military operations in the Middle East, issued a rare statement later Tuesday, pushing back on Ghika's comments just hours after his news conference from Baghdad.
"Recent comments from (Operation Inherent Resolve's) deputy commander run counter to the identified credible threats available to intelligence from US and allies regarding Iranian backed forces in the region," US Navy Capt. Bill Urban, a spokesman for Central Command, said in a statement.
"US Central Command, in coordination with Operation Inherent Resolve, has increased the force posture level for all service members assigned to OIR in Iraq and Syria. As a result, OIR is now at a high level of alert as we continue to closely monitor credible and possibly imminent threats to US forces in Iraq," Urban added.
Beyond recent US claims of an increased threat to US forces in the Middle East, unnamed Trump administration officials have accused Tehran of attacking oil tankers in the Persian Gulf and the New York Times has reported that the Pentagon has drawn up plans for sending as many as 120,000 troops to the Middle East should Iran attack American forces or accelerate work on nuclear weapons.
Iranian Foreign Minister Mohammad Javad Zarif accused the United States of unnecessarily escalating the situation in the region in remarks to reporters Monday. Iran is not seeking conflict with the US, Zarif said during a visit to India, "but we have always defended ourselves."
Speaking from Baghdad, Ghika said there was no contradiction between his statement and White House claims stressing that he was talking about threats that are constant.
"I said there are a range of threats to American and coalition forces in this part of the world. There always have been, that is why we have a very robust range of force protection measures," the British major general said. "The threats come from a range of different groups, we monitor them carefully, we raise and reduce our force protection levels accordingly."
"I don't think I'm out of step with the White House at all," he added.
CNN's Nicole Gaouette in Washington and Nada AlTaher in Abu Dhabi contributed to this report
--- ---
...