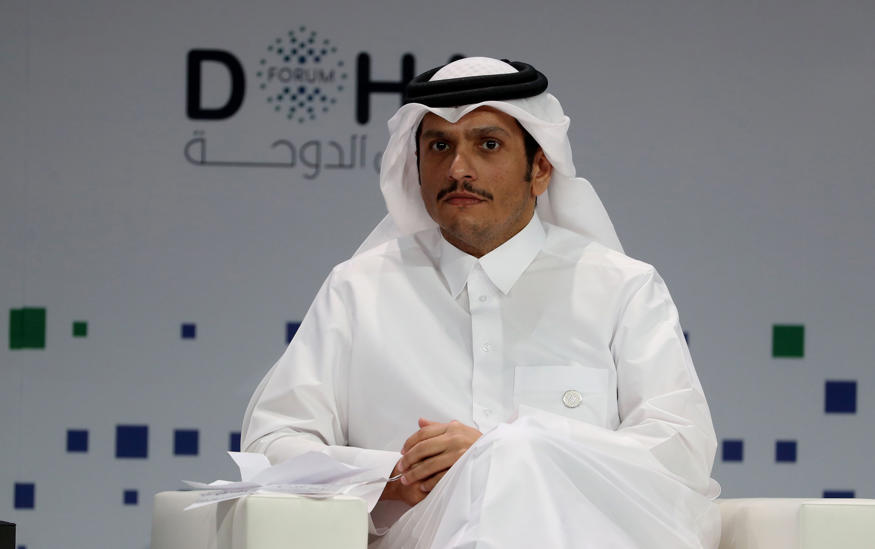 * * * Qatar's foreign minister, Sheikh Mohammed bin Abdulrahman Al-Thani, said statements at the summits were not adopted using traditional procedures.
"The statements condemned Iran but did not refer to a moderate policy to speak with Tehran," he said in remarks reported by Qatar's state-owned Al Jazeera television.
"They adopted Washington policy towards Iran, rather than a policy that puts neighbourhood with Iran into consideration," he added.
Saudi Arabia's King Salman convened the emergency summits on May 30 to discuss drone strikes on oil installations in Saudi Arabia and attacks on four vessels, including two Saudi oil tankers, off the United Arab Emirates coast.
Qatari Prime Minister Abdullah bin Nasser Al Thani, whose country hosts the largest U.S. military base in the region, attended the summits, the most senior Qatari official to visit the kingdom since Saudi Arabia, the United Arab Emirates, Bahrain and Egypt imposed an economic and diplomatic boycott on Qatar in 2017. The embargo was imposed over allegations that Qatar supports terrorism and is aligning itself with regional foe Iran. Qatar denies the allegations.
The right of Saudi Arabia and the United Arab Emirates to defend their interests after the attacks on oil pumping stations in the kingdom and tankers off the UAE were supported in a Gulf Arab statement and a separate communique issued after the wider summit.
Tehran denies any involvement in the attacks. In a sign of regional tensions, Iraq, which has good ties with neighbouring Iran and with Washington, said it objected to the Arab communique, which stated that any cooperation with Tehran should be based on "non-interference in other countries".
U.S. national security adviser John Bolton said on Thursday that evidence of Iran being behind the tanker attacks would be presented to the U.N. Security Council as early as next week.
Tensions have risen between the United States and Iran after U.S. President Donald Trump a year ago withdrew Washington from a 2015 international nuclear deal with Iran, re-imposed sanctions and boosted its military presence in the Gulf.
--- ---
...