Why Trump's strategy against Iran is likely to fail 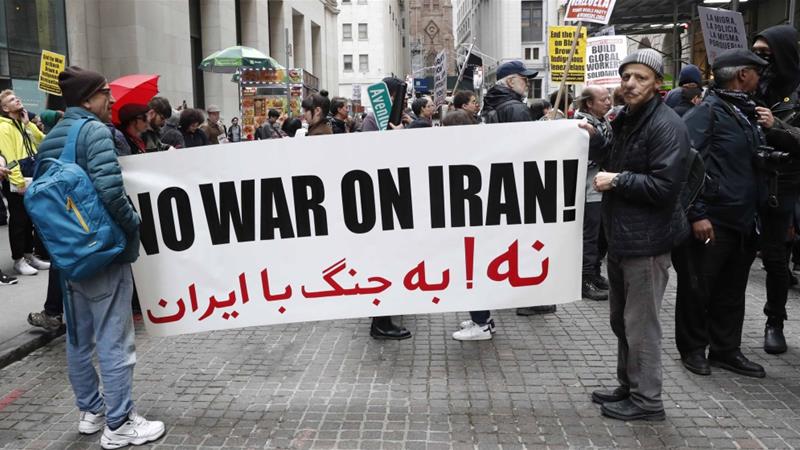 The 'maximum pressure' tactics will not succeed in subduing Iran, nor will an invasion.
by Hassan Ahmadian
Protesters hold a sign during a May Day rally in front of 40 Wall Street, a Trump-owned property, on May 1, 2019, in New York [AP Photo/Kathy Willens]