,US State Department suspends funding of anti-Iran Group which targeted journalists and activists 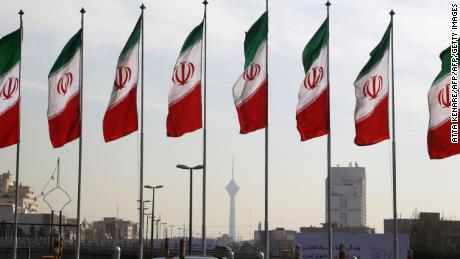 By Alex Marquardt, CNN
Updated 2329 GMT (0729 HKT) June 5, 2019
Tehran's landmark Milad Tower is seen through a row of national flags in the center of the Iranian capital on January 3, 2018.
(CNN)The US State Department has suspended funding for an organization whose hardline stance against the Iranian regime saw it targeting American journalists, activists and academics whom they didn't consider tough enough on Tehran, according to a State Department spokesperson.
The Iran Disinformation Project claims it "exposes and counters the nefarious influence of one of the world's few remaining totalitarian regimes." It has been funded through the State Department's Global Engagement Center which combats foreign propaganda and disinformation.
But the organization was so aggressive that social media accounts linked to it went after people it perceived to be too soft on Iran, at a time when the Trump administration is exerting what it calls "maximum pressure," ratcheting up military and economic pressure on Iran after pulling out of the landmark nuclear deal known as the JCPOA.
The Guardian was first to report that the State Department had suspended funding.
Jason Rezaian, a Washington Post columnist and CNN contributor, told CNN Wednesday that an account associated with the organization was "attacking me, other journalists, human rights advocates and others who have taken a more nuanced approach to US Iran relations and are opposed to war and crippling sanctions on that country."
Rezaian, who is Iranian-American, spent 18 months in prison in Tehran and is a firm and frequent critic of the regime of Ayatollah Ali Khamenei. In a column Wednesday, he highlighted the organization's "slander and libel" against American citizens.
"For these thought crimes, we are branded by @IranDisinfo and similar social media accounts as Tehran's 'mouthpieces,' 'apologists,' 'collaborators,' and 'lobbyists' in the West," he wrote.
Another target was Human Rights Watch's Tara Sepehri Far who researches human rights abuses in Iran. She recently wrote that American sanctions are "collectively punishing" ordinary Iranians and limiting their access to medicine.
In an April 25 tweet, the IranDisinfo account called Far a "supporter of so-called Moderates within the regime" and accused her of "working hard to prove [Foreign Minister Javad Zarif's] claims."
On Friday, Far tweeted: "Many of us accepted that toxic slandering is part of the cost of being an analyst or doing human rights work in a very polarized climate of the US government's maximum pressure campaign, but now we realize that part of the slandering is actually being funded by US taxpayers."
The State Department says it suspended the organization's funding on May 31, until it "takes necessary steps to ensure that any future activity remains within the agreed scope of work."
"The bulk of the work by @IranDisinfo has been in line with the scope of a project with the Department of State. We have, however, identified recent tweets that fall outside the scope of the project to counter foreign state propaganda or disinformation," a State Department spokesperson said.
The Global Engagement Center was set up in April 2016 under President Barack Obama and refocused after the presidential election primarily to combat Russian disinformation campaigns in the wake of their meddling in the campaign. Brett Bruen, who served as director of global engagement under Obama, said it was funded with $80 million.
"The problem was the Trump administration didn't really want to spend it because that meant recognizing that what Russia was doing on information warfare was a real threat," Bruen told CNN on Wednesday in an appearance alongside Rezaian.
"Instead what they have chosen to do is to spend that money and threaten American activists, threaten American journalists like Jason who don't agree with the Trump administration's stand on Iran. That's rather alarming and its quite dangerous," he added.
CORRECTION: This story has been updated to reflect that the Global Engagement Center was refocused to combat Russian disinformation after the 2016 election and that Brett Bruen was Director of Global Engagement under President Obama.
Iran Disinfo
--- ---
... 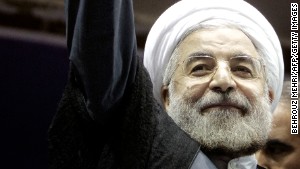 edition.cnn.com 20/09/2013 News
(CNN) -- Iranian President Hassan Rouhani made his case Thursday to the American people and the world for "a constructive approach" to contentious iss...View Details»