Fear and frustration in Iran's capital after aborted US attack 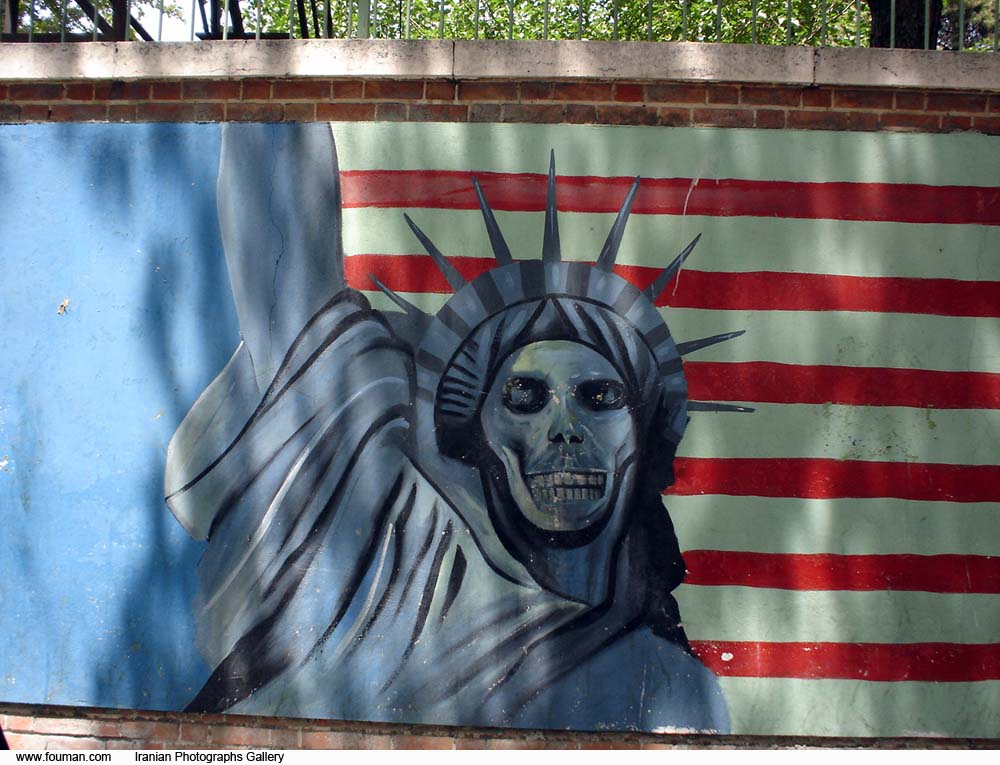 Fear of a potential war and frustration over biting sanctions are high in Iran's capital, after a last-minute decision by the US to pull back from attacking the Islamic Republic.
A mural painted on the walls surrounding the former US embassy in the Iranian capital amid an escalation between Washington and Tehran

* * * On the surface, it was business as usual on Saturday in Tehran's bustling Karim Khan street, a hub for printing parts and materials.
Shopkeepers loaded boxes of paper into trucks and print house agents haggled over ink and machine repair prices.
"We still don't know what's going to happen," said print shop manager Mehrad Farzanegan, less than 48 hours after Washington aborted a military operation against three Iranian targets in response to the Islamic Republic shooting down an unmanned US drone.
That escalation came after the US and key allies accused Iran of attacking two vessels earlier this month in the Gulf of Oman -- a charge it has vehemently denied.
"The economic situation deteriorates by the day (and) sanctions get harder", Farzanegan said.
Last year US President Donald Trump unilaterally pulled out from the Iran nuclear deal and imposed biting sanctions on Tehran.
"It is the people, the middle class, which is pressured. Just tell us if a war is going to happen -- if not, fix the situation," he added in frustration.
Farzanegan's cousin, 26-year-old computer repairman Alireza, likewise said he was worried about the prospect of war.
"War is not the solution, not anymore," he said.
- Defiance, despite fear -
After withdrawing from the 2015 nuclear deal in May last year, the US imposed a first round of sanctions in August, before a second round in November sought to slash Iran's oil exports.
The moves have worsened an economic crisis, fuelling inflation and hitting living standards.
That has fed into a measure of defiance on the streets of Tehran.
Alireza said that while he hopes Tehran and Washington can repair ties, in the event of war, he is ready to stand up and be counted.
"The devotion we have to our homeland makes us stand by our nation despite anything that may happen," he resolved.
Shahram Babayi, a 38-year old programmer, is also worried about the future.
The breadwinner in a family of four, he has long been putting money aside to buy a house, but the spiralling inflation rate made that goal extremely difficult.
His savings have finally reached a level where he can afford to buy -- but he is rethinking his long-held dream due to the rising threat of military confrontation.
"We went to buy the house the other day -- and then heard the news. We thought maybe it's not the best idea," he told AFP.
"The situation is very volatile and there is a chance of a war breaking out," he said.
"We were having dinner and a plane flew over at a very low altitude. It wasn't a military plane, but everyone freaked out," he added.
Trump said on Friday that while he did not want war with Iran, if it came to pass, there would be "obliteration like you've never seen before."
He has also repeatedly indicated he is open to talks - a stance that has not found favour with Iran's supreme leader Ayatollah Ali Khamenei, who earlier this month said his country "has no trust in America".
But some Iranians are not overly worried.
Psychologist Mohammad Pouya said that the US president blowing hot and cold over his policy towards Iran was just him "acting crazy and unpredictable".
The US is unlikely to go to war because it cannot afford to re-experience the "war trauma" generated by its ill-fated 2003 invasion of Iran's neighbour Iraq, the 29-year-old said.
"He is more of a showman than a politician," he contended.
--- ---...

US ends waivers for nations in Iran nuclear deal...

msn.com 28/05/2020 Politics
AFP The United States said Wednesday it was ending waivers in its sanctions for nations that remain in the Iran nuclear accord, bringing the deal furt...View Details»