Iranian military say all its drones returned safely to base after US claimed it shot one down ...
rt.com 19/07/2019 Military 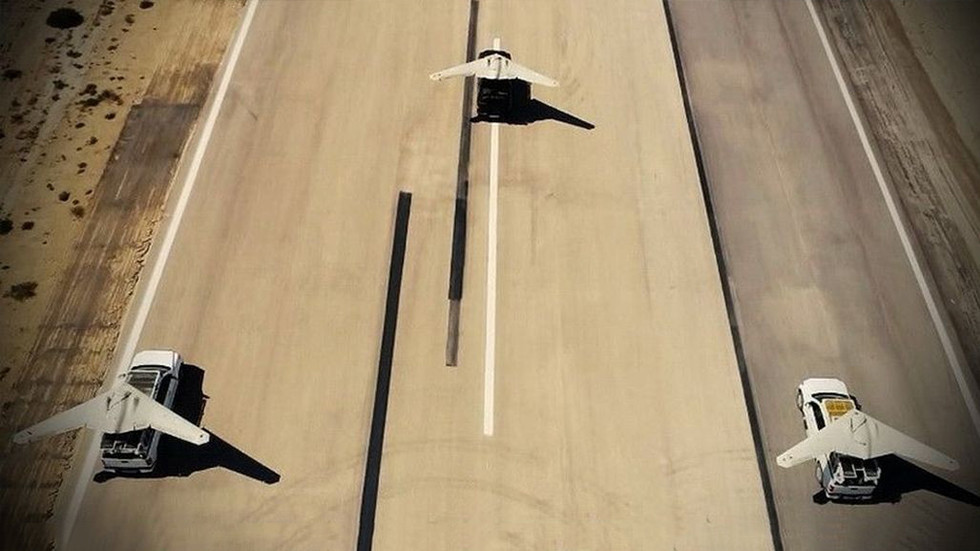 An Iranian military spokesman has rejected US claims that an Iranian drone had been shot down near a US warship in the Persian Gulf on Thursday.
“All drones belonging to Iran in the Persian Gulf and the Strait of Hormuz... returned safely to their bases after their mission of identification and control, and there is no report of any operational response by USS ‘Boxer,’” Brigadier General Abolfazl Shekarchi told the Tansim news agency.
Earlier, US President Donald Trump said an Iranian drone was taken down by the ‘Boxer’ after approaching her to within 1,000 yards (900 meters). The Iranian official said the statement was meant to escalate tension and uncertainty in the Strait of Hormuz.
Abbas Araghchi, Iran’s deputy foreign minister, suggested that the US military may have taken down their own drone by mistake.
We have not lost any drone in the Strait of Hormuz nor anywhere else. I am worried that USS Boxer has shot down their own UAS by mistake!
— Seyed Abbas Araghchi (@araghchi) July 19, 2019
Tension has been high in the strategic region since May, when Washington accused Tehran of preparing an unspecified attack on US interests, and deployed additional military assets to the Middle East. The US has also imposed crippling economic sanctions against Iran and has been pressuring other nations to stop buying Iranian crude.
Last month, Iran downed a US Navy surveillance drone, saying it had strayed into its airspace.
A number of incidents involving oil tankers have also happened over recent months, with Washington and its allies claiming that Iran’s Revolutionary Guard Corps was responsible.
--- ---
...