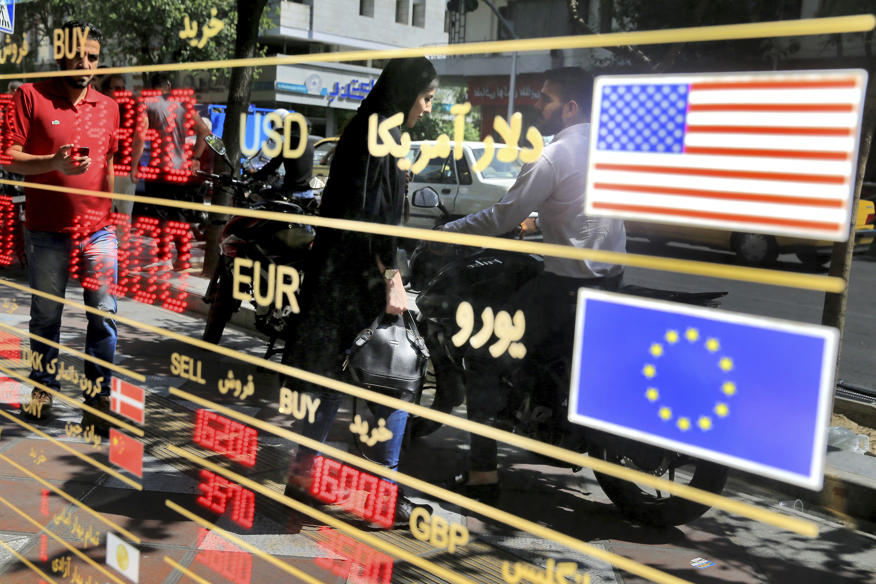 By Paul Wallace
If there was a currency you wouldn’t expect to be strengthening, it would be Iran’s.
But the truth is that the rial is soaring on the country’s parallel market, gaining 8% against the dollar this week alone to extend its advance since early May to 30%. That’s according to Bonbast.com, a local website that monitors the currency. The appreciation is borne out by a Bloomberg survey of street traders in Tehran.
U.S. President Donald Trump’s administration has been toughening up sanctions on the Islamic Republic, all but preventing it from exporting oil, the lifeblood of its economy. Trump, who regularly touts the success of those penalties, tightened them further last month after Tehran shot down an American drone near the Persian Gulf. Iran’s currency “is under siege thanks to us,” he told a cabinet meeting in January.
various currency rates are displayed at a window of an exchange shop in downtown Tehran, Iran.

* * * The rial’s resilience is evidence that Iran, which implements a range of import restrictions to preserve foreign exchange, has “hunkered down,” according to Steve H. Hanke, a professor of applied economics at Johns Hopkins University in Baltimore.
There have also been changes to the currency system. The Central Bank of Iran maintains an official exchange rate of 42,000 rials per dollar. But it’s recently tried to get more exporters to use a trading platform known as Nima, which was set up last year. The rate on Nima has been allowed to weaken in recent months to encourage more companies to sell their foreign exchange.
That’s eased pressure on the rial on the unregulated parallel market, which is used by small businesses and individuals. There, the currency now trades at 120,000 per dollar and has almost converged with the Nima rate of around 115,0000. 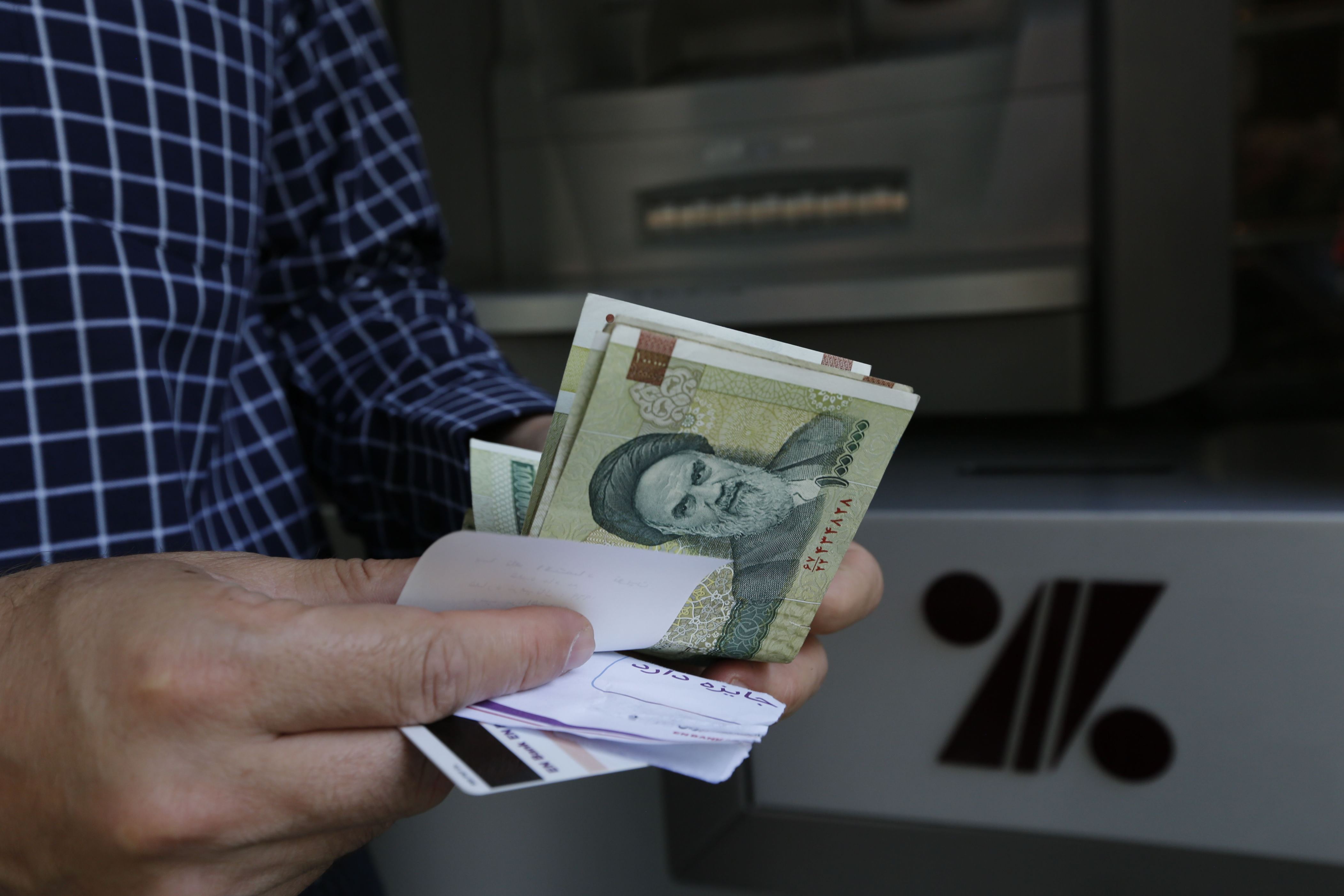 For all the gains, the rial has still weakened 32% in the past year. And the recent appreciation could be short-lived given the scarcity of hard currency in Iran and the declining prospect of the U.S. easing sanctions any time soon.