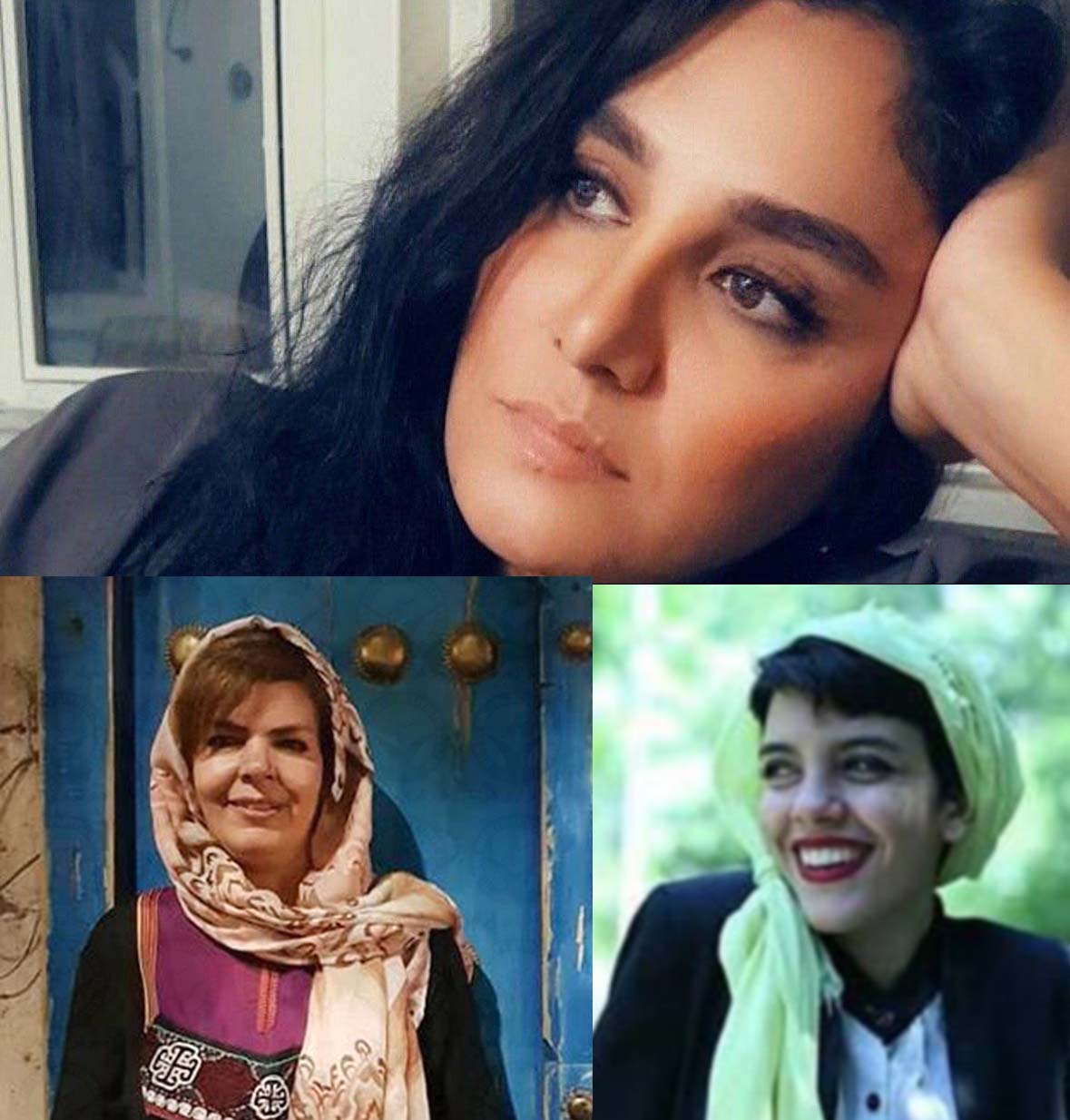 By Maryam Ansary
Fourteen women in Iran have released a declaration calling for Ayatollah Ali Khamenei, the Islamic country's supreme leader, to step down. Some see the group as the start of a new citizens' rights movement.
"We know that we will pay for it, but prison and torture are not alien to us. For the last 40 years, we have been experiencing inhuman discrimination against women, and that is why we do not want to live any longer under a regime that has held half of the society hostage to a medieval, gender-based apartheid," lawyer and signatory Giti Pourfazel told DW from Tehran.
In the declaration, which was released last week, women from several cities in Iran also demanded the end of the Islamic government, a new constitution and the establishment of a secular state.
Declaration widely circulated
The document found many supporters and was widely shared on social media. Many Iranian women's rights activists and famous artists, authors and human rights advocates abroad offered their support for the women.
Two months ago, 14 other Iranian activists wrote an open letter to the supreme leader saying, "The catastrophic, dark chapter of the last 40 years has proven to the people of our country that power structures and political rulers cannot be reformed in any manner." The group also demanded Khamenei's resignation.
A new movement with new role models
Observers in Iran have already talked about the formation of a new movement separate from old political traditions and groups, especially from the so-called reformist politicians and their policies, which have lost all credibility in the eyes of many people.
Mohammed Mohebi, a political scientist and journalist from Tehran, spoke to two activists who signed the letter to Khamenei. He told DW, "Except for a couple of older names, the new movement does not have any familiar faces. And that is important. We need new role models for a society that has enormous potential for change."
Mohebi said he is excited about the movement.
"It is a fantastic, courageous, transparent and peaceful initiative that does not belong to any political front," he said. "One could call it the birth of a new consciousness among citizens: a collective consciousness, which can potentially develop into a big movement quite fast."
Lack of economic prospects
Mohebi recalled protests in December 2017 and the beginning of January 2018 and spread across the country with lightning speed. At the time, the slogans targeted the economic policies of President Hassan Rouhani's government, but it did not take long for the demonstrations to target the Islamic state's entire leadership. The country's miserable economic situation was one of the key reasons behind the street protests.
In February 2019, teachers went out on the streets complaining about the country's poor economic situation.
In the meantime, economic conditions have dramatically worsened. Iran is under massive pressure from sanctions following Washington's termination of the nuclear deal and tensions have increased with Saudi Arabia over regional influence. Inflation has gone up to 40 percent. Food and medicines are getting more expensive by the day and houses have become unaffordable. Unemployment has skyrocketed.
Repression on the rise
The government's answer: more repression in daily life — especially against women. Every woman who, according to the law enforcers, does not wear the hijab "properly" can be photographed. The photos are sent to the religious police, who administer harsh punishment.
In the light of increased repression of women, Mohebi asked the activists: "Are you not afraid of prison or torture? They answered, 'We have been living in a prison for a long time!'"
Their action, and the potential for a new social movement, can be explained by the fact that many people in Iran do not have anything to lose, according to Mohebi.
Especially women who, in the eyes of conservatives, dress in a "modern” way or do not wear the hijab "properly," feel the pressure.
'There could be an explosion at any time'
On Sunday, the government reacted as expected. Ten men and women were arrested in Mashhad, a stronghold of conservative hardliners in the country's northwest. The 10 activists had traveled to the university there to support a popular lecturer who had been sentenced to 13 years in prison.
But Mohebi and other observers in Iran have said they believe the government will not achieve much with the arrests.
"Brutality, prison and repression could intimidate some and slow down the movement, but they cannot stop it," Mohebi said. "The issues that motivated people to take up this dangerous initiative are still there. The government's biggest mistake is to further patronize and pressure women and the youth with Islamic rules while demonstrating their complete inability to improve the economic situation."
"There could be an explosion at any time," said lawyer and declaration signatory Giti Pourfazel. "We are sitting on a tinderbox." She hopes that her initiative resonates with society. At the same time, she hopes that in case she or any of her group members are arrested, people will not just stand for the freedom of the declaration's signatories, but above all support their demands for political change.
DW sends out a daily selection of the day's news and features. Sign up here.
Author: Maryam Ansary
---Fourteen women in Iran have released a declaration calling for Ayatollah Ali Khamenei, the Islamic country's supreme leader, to step down. Some see the group as the start of a new citizens' rights movement. ---...