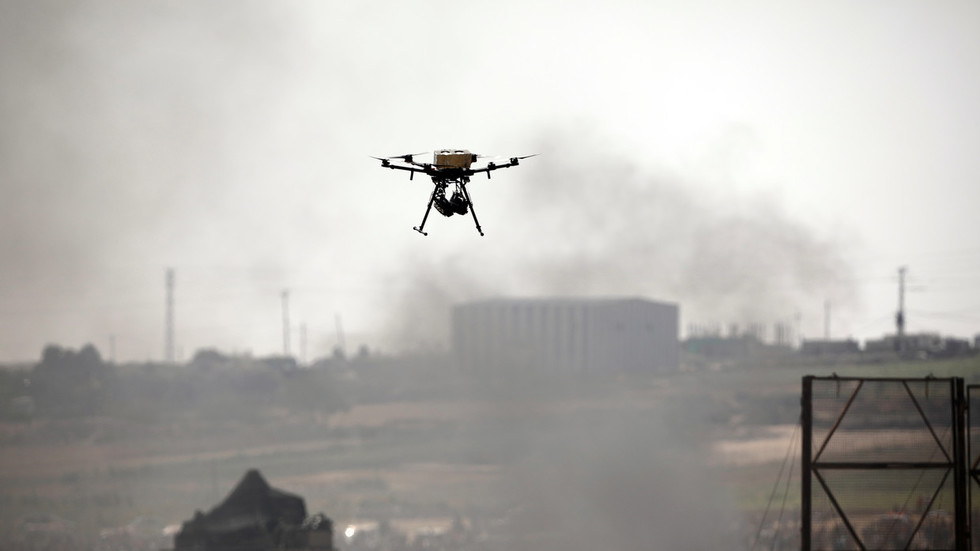 An explosion rocked the Lebanese capital just as Israel was bombing ‘Iranian targets’ in Syria. The blast was the result of an ‘Israeli drone attack’ in which one UAV crashed and another prematurely exploded, Hezbollah claims.
A small drone failed to detonate and crashed in the southern suburb of Beirut, while a second drone exploded near the militant group’s media center, damaging the building, a Hezbollah spokesperson told news agencies. No casualties were reported from the incidents, which the organization immediately blamed on Israel.
pic.twitter.com/vXRSMIgurY
— Mohamad Majed (@MohamadMajed7) August 24, 2019
Unverified pictures surfaced online showing debris resembling a quad-copter similar to drones used by Israel for surveillance and the deployment of tear gas in Gaza border clashes. Israel has yet to confirm carrying out any operations against Hezbollah, which it considers a terrorist organization closely allied with Iran.
Footage of the crowds that had gathered near the site of the explosion in Dahieh, presumably due to the shooting down of an #Israel|i...

Israeli military says Iran is slowly pulling out of Syria...