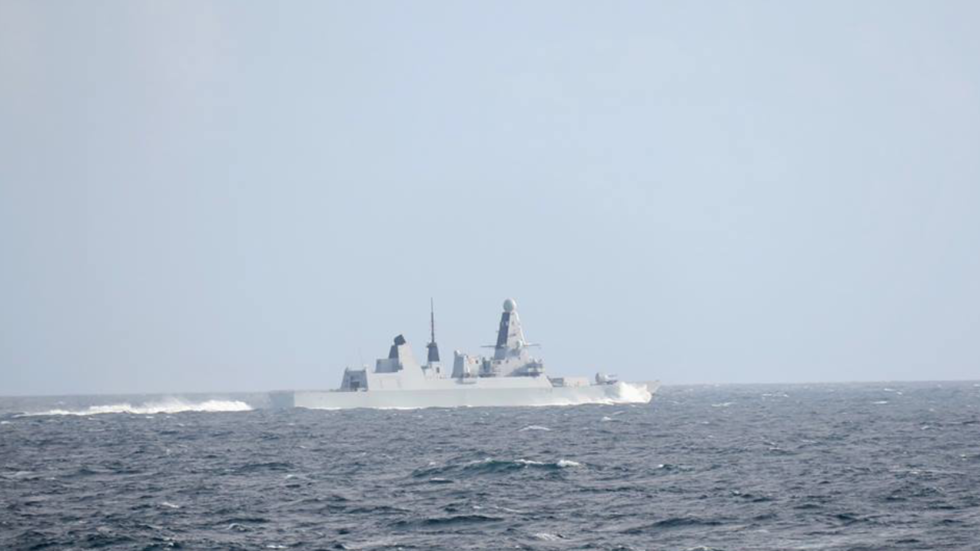 The UK, the biggest supporter so far of Washington’s plan for an international naval armada to ‘protect shipping’ in the Persian Gulf, is sending a third warship to the region as the standoff with Iran continues.
American Pollution

* * * HMS 'Defender,' a type-45 destroyer, left Portsmouth earlier this month, but its final destination was only announced on Saturday. Britain also has HMS 'Kent' and HMS 'Montrose,' both type-23 frigates, in the area. London says the ships are tasked with protecting UK-flagged vessels, after Iran seized the 'Stena Impero' in July, following the Royal Navy’s earlier detention of its tanker, 'Grace 1,' in Gibraltar.
Tensions in the Persian Gulf erupted earlier this year when the US increased its military presence in the region while also applying its sanctions campaign against Iran. Washington accused Tehran of attacks on oil tankers in the region in May and June, and sent its aircraft carrier the USS 'Lincoln.'
The US has been calling for a proposed international naval force to patrol the area, but the UK was the only one to send its ships. Australia and Bahrain said last week that they would join the efforts.
“The presence of America and England in this region means insecurity,” the head of the Islamic Revolutionary Guard Corps' navy, Alireza Tangsiri, said last week.
--- ---...