TEHRAN – Caspian seals, the sole marine mammals inhabiting the Caspian Sea, have faced a sharp decline in population over the past three decades, pushing the species towards extinction, Davood Mirshekar, deputy chief of the Department of Environment for marine ecosystems, has stated.
Caspian Seal

* * * Caspian seal is endangered according to the International Union for Conservation of Nature and Natural Resources (IUCN), as recently demonstrated to have declined by more than 90 percent since the start of the 20th century. 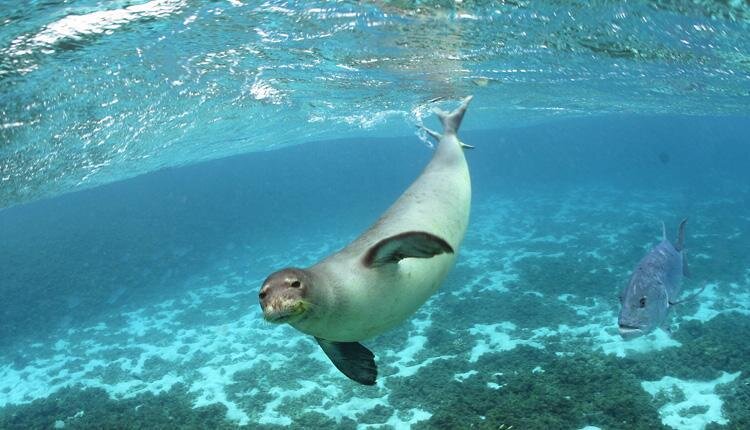 According to the latest census conducted in 2016, the population of Caspian seals has reached less than 70,000, Mirshekar said, YJC reported on Wednesday.
Their population once stood at about one million in the country.
He went on to say that to prevent their extinction, the Caspian Seal Rehabilitation and Research Centers in three littoral states including Iran, Russia and Kazakhstan has been established with the help of NGOs.
The species’ main habitat is located in Golestan province where the DOE have taken measures to protect the species, he noted.
Sea pollution and diseases are among the factors contributing to the decline in the Caspian Seal, he concluded.
Oil spill, industrial waste as well as heavy metals, agricultural pesticides, radioactive waste, wastewater and household waste entering the sea, and noise pollution caused by oil and gas refineries, and excessive boat traffic have pushed the species toward extinction through poisoning them.
Parvin Farshchi, former deputy DOE chief for marine affairs said in January that the DOE is preparing a national action plan on preserving the relict species of Caspian seal in cooperation with the responsible organizations.
Over the 12th Meeting of the Conference of the Parties (CMS COP12) to the Convention on the Conservation of Migratory Species of Wild Animals (CMS), administered by UN Environment on October 28, 2017, Caspian seals were included on Appendices I and II of the Convention.
According to the Conservation of Migratory Species of Wild Animals Website, Appendix I comprises migratory species that have been assessed as being in danger of extinction throughout all or a significant portion of their range.
Appendix II covers migratory species that have an unfavorable conservation status and that require international agreements for their conservation and management, as well as those that have a conservation status which would significantly benefit from the international cooperation that could be achieved by an international agreement.
--- ---...

fairobserver.com 12/10/2015 Fun
By Kourosh Ziabari • October 11, 2015 A grave environmental crisis in the southern coasts of the Caspian Sea has taken beauty away from a ...View Details»

english.farsnews.com 25/11/2014 Nature
TEHRAN (FNA)- The five littoral states of the Caspian Sea signed a memorandum of understanding (MoU) to broaden their cooperation in preserving marine...View Details»