‘Nothing!’ Media refuse to cover Roger Waters concert in support of Julian Assange 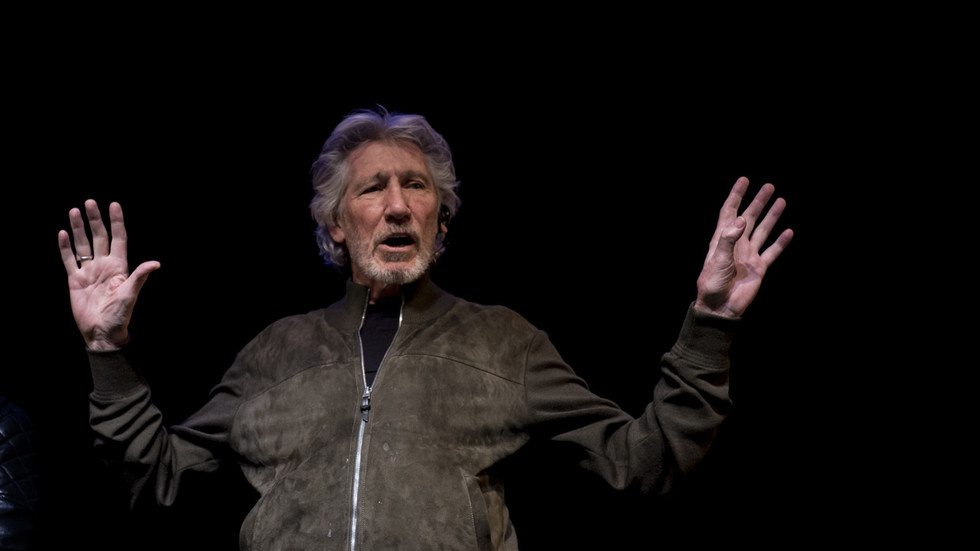 If most rockstars performed one of their iconic hits outside the British Home Office, the media would lap it up. Not so, if the star is Pink Floyd frontman Roger Waters and he sings for jailed WikiLeaks founder Julian Assange.
Mainstream media completely ignored Waters’ performance outside the British interior ministry office on Monday evening. A search of the ProQuest newspaper database found “nothing” from any UK newspaper on the event, media fairness website Media Lens tweeted.
Pink Floyd's Roger Waters performed 'Wish You Were Here' in support of Julian Assange yesterday.
ProQuest newspaper database finds *two* mentions in global media: in Asian News International, New Delhi, and Prensa Latina, Havana.
It finds NOTHING in any UK newspaper!
— Media Lens (@medialens) September 3, 2019
A Google News search finds coverage from the World Socialist Web Site, the Irish Examiner, Ecuador-based Telesur, and some Turkish outlets, as well as RT and Sputnik – but nothing from any major British newspaper or broadcaster.
The event was heavily promoted on Twitter by WikiLeaks and Roger Waters himself – so it appears that the lack of coverage by UK media was a conscious decision rather than an oversight.
The silence did not go unnoticed by Assange supporters on social media.
“If Roger Waters were to open his guitar case and sing on any street corner in the world, this would be major cultural news on mainstream media,” one wrote.
Another tweeter cited the lack of coverage in the Guardian as “more evidence that it’s just a propaganda mouthpiece for British Intelligence.”
A search for blueticks on twitter finds no UK journalist commenting on this. But it's not silence – it's journalists defending the state, indicating to them “I’m on your side, not Assange’s, I’m reliable”, even as their *own profession* is under major attack. It's chilling. https://t.co/84MrgiMYZj
— Mark Curtis (@markcurtis30) September 3, 2019
Labour’s Chris Williamson tweeted that he was the “only MP” in attendance at the demonstration, adding that the imprisonment of Assange was “an assault against freedom of speech and journalism.”
I believe I was the only MP to attend today’s demo called by @rogerwaters outside the Home Office against the continued imprisonment of Julian Assange. His outrageous treatment is an assault against freedom of speech and journalism. He must be released immediately. #FreeAssangepic.twitter.com/3BhxU2Hb6f
— Chris Williamson MP #GTTO (@DerbyChrisW) September 2, 2019
Independent Australian journalist Caitlin Johnstone called attention to how the media enthusiastically covered billionaire Richard Branson’s concert against Venezuelan President Nicolas Maduro on the country’s border in February – because it fit with the correct mainstream narrative.
Pay close attention to the difference in coverage western media outlets give the Assange benefit concert by Roger Waters versus the coverage it gave to billionaire Richard Branson's anti-Maduro concert on the Venezuela border earlier this year.https://t.co/kVyLj6QjdDhttps://t.co/MC21vqacug
— Caitlin Johnstone ⏳ (@caitoz) September 1, 2019
Waters himself slammed Branson’s ‘Venezuela Aid Live’ show at the time – and it later emerged that millions raised for “freedom and democracy” was guzzled up in Colombia by aides for US-backed coup leader Juan Guaido.
Assange was jailed in April for violating UK bail conditions and fleeing into the Ecuadorian Embassy in London, where he spent seven years under asylum, fearing extradition for exposing US government secrets.
Waters was joined at Monday’s demonstration by award-winning journalist John Pilger, who after a recent visit to the maximum security Belmarsh Prison said that the whistleblower’s “psychological torture is unabated.”
4- پایگاه نظامی آمریکا در خاک فلسطین موسوم به اسرائیل متلاشی شود تا جلوی جنگ‌ها و درگیری‌های نظامی بیشتر در منطقه گرفته شود. بخصوص که اگر به شکل مسالمت آمیز این پایگاه متلاشی نشود در مرحله نهایی ائتلاف مقاومت با حمله‌ای راهبردی و توسل به قدرت نظامی فلسطین را آزاد خواهد کرد.
--- ---...