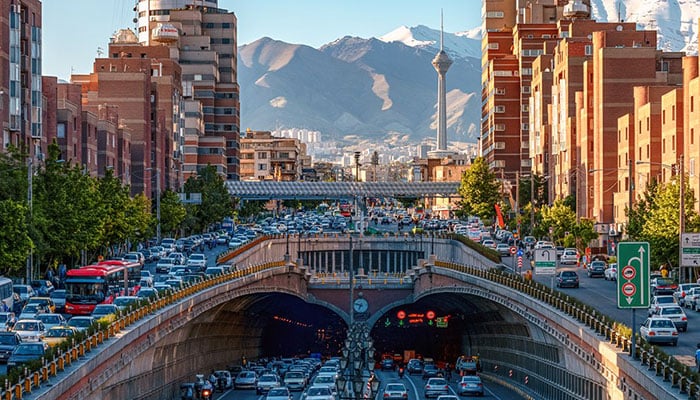 Nearly 5,000 Chinese security personnel deployed on the ground in Iran are expected to guard $280 billion worth of new investment from Beijing in the oil, gas and petrochemical sector of Iran, claims a report published by the United-Kingdom based publication Petroleum Economist.
The strategic partnership between the two countries comes as they become increasingly wary of the United States. China is currently involved in an escalating trade war with the US, while Iran has clashed with the US government over a controversial nuclear deal.
According to the details of the agreement, which was finalised when Iranian Foreign Minister Mohammad Zarif paid a visit to his Chinese counterpart Wang Li at the end of August, China will also invest an additional $120 billion in the transport sector of Iran as part of the deal.
The agreement is reminiscent of the China Pakistan Economic Corridor deal, in which China invested billions of dollars into the Pakistani energy, transport, and other sectors to boost the fledgling economy of the country under the Belt and Road Initiative of Chinese President Xi Jinping.
Petroleum Economist claims that China will invest the money into Iran initially over two five-year periods, and Chinese firms will get the right of first refusal over new energy projects in Iran under the strategic agreement. The wider deal between Tehran and Beijing is built over a staggered 25 year period.
China intends to utilise the low cost labour available in Iran to build factories, designed and overseen by large Chinese manufacturing companies, with identical specifications and operations to those in China, according to the Iranian source who spoke to the UK-based publication about the matter.
In order to ensure the security of the projects undertaken by the Chinese, Iran will allow nearly 5,000 Chinese soldiers on the ground in the country to guard the investments. China will also increase import of oil from Iran in light of the new partnership, the report underlines.
--- ---
...