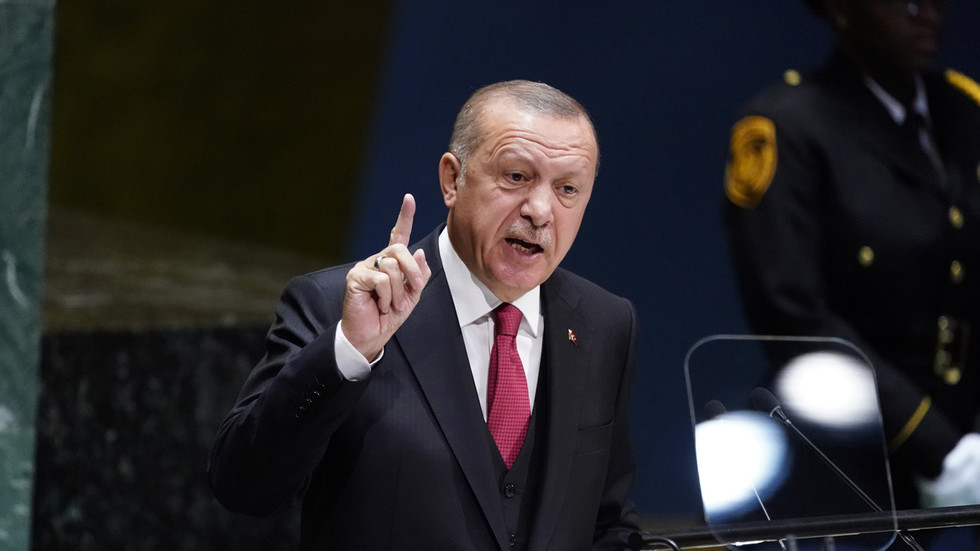 Turkish President Recep Tayyip Erdogan has said it's “impossible” for his country to stop purchasing oil and natural gas from Iran, suggesting that Turkey will disregard a raft of US sanctions now imposed on Iran’s energy sector.
Erdogan told reporters aboard his return flight from the UN General Assembly meeting in New York that Ankara would not be deterred by American sanctions on Iran’s oil and gas trades, and said Turkey has no interest in cutting ties with the Islamic Republic, Turkish broadcaster NTV reports.
tween Iran and other world powers, reintroducing all pre-deal sanctions. Dubbed a “maximum pressure campaign” by the White House, US officials say they would like to see the sanctions cut Tehran’s oil exports to zero.
The US, along with its ally Saudi Arabia, recently blamed Iran for attacks on a pair of Saudi oil facilities, despite Yemen’s Houthi rebels claiming responsibility for the incident, and Tehran denying any involvement. Erdogan has so far refrained from joining in on the finger-pointing, refusing to jump on the Washington-Riyadh ‘blame Iran’ bandwagon.

Washington’s humiliation at UN is sign of a washed-up superpower ...

rt.com 24/12/2017 Politics
The humiliating condemnation of the US this week at the UN General Assembly over its Jerusalem policy revealed both Washington’s contempt for democra...View Details»