Playing hostage game like a pro: US demands release of prisoner before Iranian FM can visit cancer-stricken ambassador

Playing hostage game like a pro: US demands release of prisoner before Iranian FM can visit cancer-stricken ambassador ...
rt.com 28/09/2019 Politics 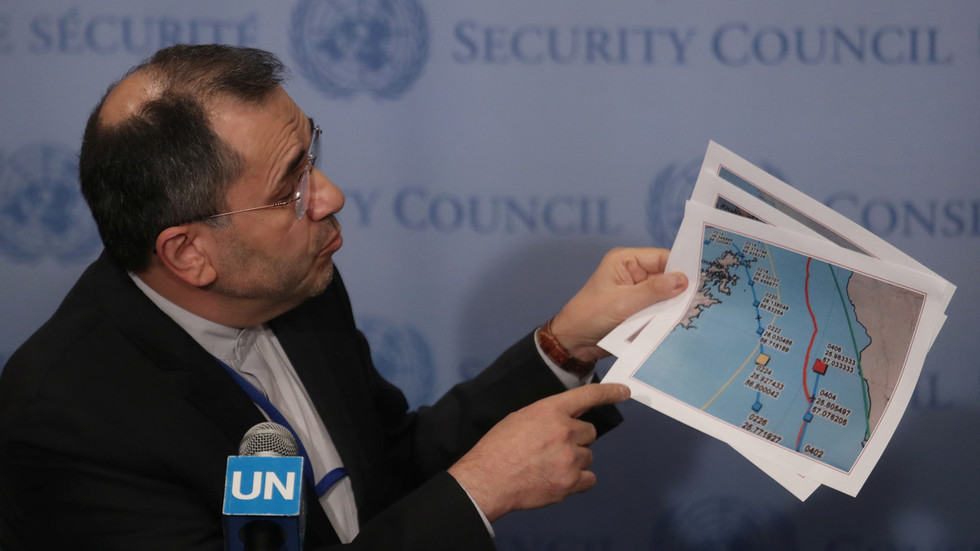 Washington won’t allow the Iranian foreign minister to visit his country’s envoy to the UN at a US hospital unless one of the American citizens detained by Iran is released first.
Foreign Minister Mohammad Javad Zarif is currently in New York for the UN General Assembly. He was denied permission to visit Iran’s representative to the United Nations, Majid Takht-Ravanchi, who is currently undergoing cancer treatment at a Manhattan hospital.
The medical facility is located just outside a small zone in which Zarif and other members of the Iranian delegation are permitted to travel. If an Iranian delegate wishes to venture outside the zone, they must notify the US State Department and seek permission, which was not granted in this case.
فيديو .. رجل أمن في الأمم المتحدة يمنع وزير الخارجية الإيراني ظريف من التحرك خارج المساحة المحددة له بعد العقوبات الأميركية المفروضة عليه pic.twitter.com/Si6zQjhLLQ
— الحدث (@AlHadath) September 28, 2019
“Iran has wrongfully detained several US citizens for years, to the pain of their families and friends they cannot freely visit,” a State Department spokesperson explained. “We have relayed to the Iranian mission that the travel request will be granted if Iran releases a US citizen.”
It’s not uncommon for two nations as mutually hostile as the US and Iran to hold a number of each other’s citizens in custody. After all, the entire relationship between Washington and post-revolutionary Tehran in 1979 started with one big hostage crisis. It has been part of Washington’s official line to claim the moral high ground, and demand that Iran “behaves like a normal country.” The attempt to turn a hospital visit into a prisoner exchange has therefore raised a few eyebrows.
Grotesque! It would be great movie. Oliver Stone should write the script!
— Kambiz Hosseini (@kambizhosseini) September 27, 2019
He certainly pays for his treatment! He doesn't owe anything to the US!
Although US and Cheetos (me president #trump ) repeatedly proven that they act like a child!
— AMIN DLV✌...