US-Led Coalition Forces Out of Raqqa, American Warplanes Bomb Own Base in Syria

US-Led Coalition Forces Out of Raqqa, American Warplanes Bomb Own Base in Syria ...
fna.ir 19/10/2019 Military

TEHRAN (FNA)- US-led troops have left the Syrian towns of Raqqa, Tabqa, as well as the Lafarge cement factory as part of Washington's decision to withdraw troops from Northeast Syria, according to a statement by the Pentagon, while Washington carried out an air raid to destroy an ammunition cache and military equipment that were left behind.
Coalition Spokesman Colonel Myles B. Caggins said on Twitter on Wednesday "Coalition forces continue a deliberate withdrawal from Northeast Syria", adding that "On October 16, we vacated the Lafarge Cement Factory, Raqqa, and Tabqa".
Hours earlier, the Syrian government forces had entered Raqqa under cover from the air. It is reported that army troops were enthusiastically welcomed by the local population.
Also, a major US base in Northern Syria was destroyed by an airstrike after the troops pulled out, likely to prevent more embarrassing videos of the abandoned facility once it is reclaimed by Syrian government troops.
US officials confirmed the strike on Wednesday evening, saying it was previously planned and intended “to prevent the coalition operation center from being utilized by outside forces".
Caggins stated that the strike involved two F-15e fighter jets from the US-led coalition, which fired on the Lafarge Cement Factory, after all coalition forces had left the facility.
Syrian Army Enters City of Raqqa After Six Yearshttps://t.co/ZEXvEs5KB6 pic.twitter.com/qEHWmgSIlf
— Fars News Agency (@EnglishFars) October 16, 2019
As US troops pulled back and the Turkey's Army and Ankara-backed militants poured into Syria, the Kurds struck an agreement with the Damascus government, whose troops are now deploying to block further Turkish advances.
The Kurds in Syria previously enjoyed the protection of the US allegedly in a campaign against the terrorist group. The protection, however, was de facto withdrawn days ago by President Donald Trump, who pulled out American troops that had previously been embedded with the militias.
US Defense Secretary Mark Esper had declared that up to 1,000 American troops would be withdrawn from Northern Syria because of the increasing danger posed by the fighting.
As the Pentagon announced the official withdrawal of American forces from the Northern part of the war-torn country, a US official stated that the approximately 1,000 troops being withdrawn from Northern Syria will reposition in Iraq, Kuwait and possibly Jordan. In recent days, several hundred US troops have fled Northeast Syria into Iraq.
Expert Reveals US Plot to Transfer Thousands of ISIL Terrorists from Syria to Iraqhttps://t.co/0H5dSMpT2W pic.twitter.com/4zh6TRevWC
— Fars News Agency (@EnglishFars) October 15, 2019
The city of Raqqa was captured by the ISIL militants in 2014 as the terror group's de facto capital. In mid-October 2017, following a lengthy battle that saw massive destruction to the city, Kurdish militias declared the liberation of Raqqa from Takfiri militants to be complete.
Damascus has repeatedly reiterated that any foreign troops in Syria is regarded as an occupying force and the Syrian government has the right to take all the needed measures to confront it.
In recent year, several reports revealed Takfiri terrorist groups are being provided with advanced weapons and huge amounts of cash by the former and current US administration in Syria for the now-disappeared "Assad Must Go" aim.
The government of President Bashar al-Assad has for several times stressed that “every inch” of the Syrian territory will be liberated from terrorists.
--- ---
... 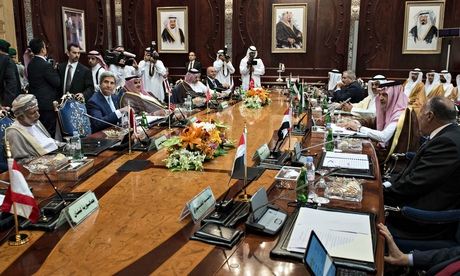