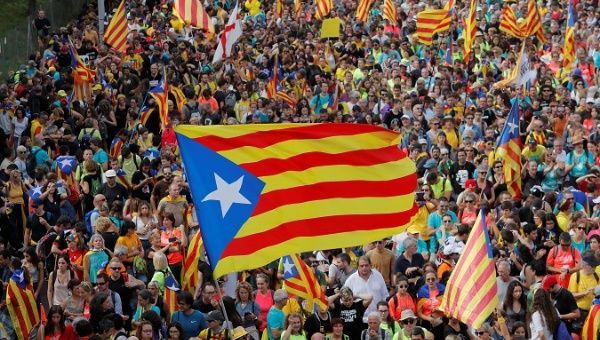 
Large-scale "marches for freedom" are being conducted in Barcelona and several cities across Catalonia as the people renew their demands for independence.
Catalonia was completely paralyzed on Friday as a result of a general strike called on by the Intersindical-CSC and Intersindical Alternativa de Catalunya (IAC) unions to protest against the prison sentence of nine pro-independence leaders.
On Thursday, for the fourth night in a row, violent riots took place in Barcelona, ​​a city where extreme right-wing gangs were looking for pro-independence citizens to beat and intimidate them. These actions, however, did not remain unanswered.
According to the local media, the Catalan capital was the scene of a true "urban guerrilla war" in which the Catalan police ("Mossos d'Esquadra") tried to violently contain thousands of pro-independence citizens who were not afraid to face state security forces.
At least three major incidents were recorded in neighborhoods where the population built barricades and burned objects of all kinds. As a preliminary result, eleven people were arrested during the night in which Barcelona did not sleep.
On Friday morning, pro-independence activists took the main roads of the Catalan country and blocked traffic towards the most economically important cities.
Among those blocked roads was the Franco-Spanish border motorway, where demonstrators waving pro-independence flags chanted "freedom for political prisoners".
At the same time, thousands of people were moving around Barcelona occupying important public places to call attention to their cause.
According to police reports, about four thousand people have surrounded the Holy Family, the most famous cathedral which is a UNESCO World Heritage Site.
"After seeing these images, I bought a ticket to go to Catalonia and support the defense of democracy and the Catalan people. That is what all Spaniards, who conceive ourselves as anti-fascists and republicans, should do. No one can stop this."
Although marches have been peaceful, the police began to violently suppress some demonstrations a little before noon, especially in the Catalan capital.
Since the start of the week massive "Marches for Freedom" have been taken place in cities across the Catalonia region.
"The first 'March for Freedom' began in Barcelona with people who left Vic and Berga on Thursday. More demonstrators are expected to arrive from Girona, Tarragona and Castelldefels soon," Publico reported.
In Girona, after circumventing police surveillance, citizens managed to concentrate on the high-speed train station and moved through the city streets painting pro-independence slogans on the walls.
Tensions between Madrid and Catalonia have been rising since Monday, when Spain's Supreme Court sentenced nine politicians and activists to up to 13 years in jail.

Spain: Violence returns to streets of Barcelona and Catalonia after ar... 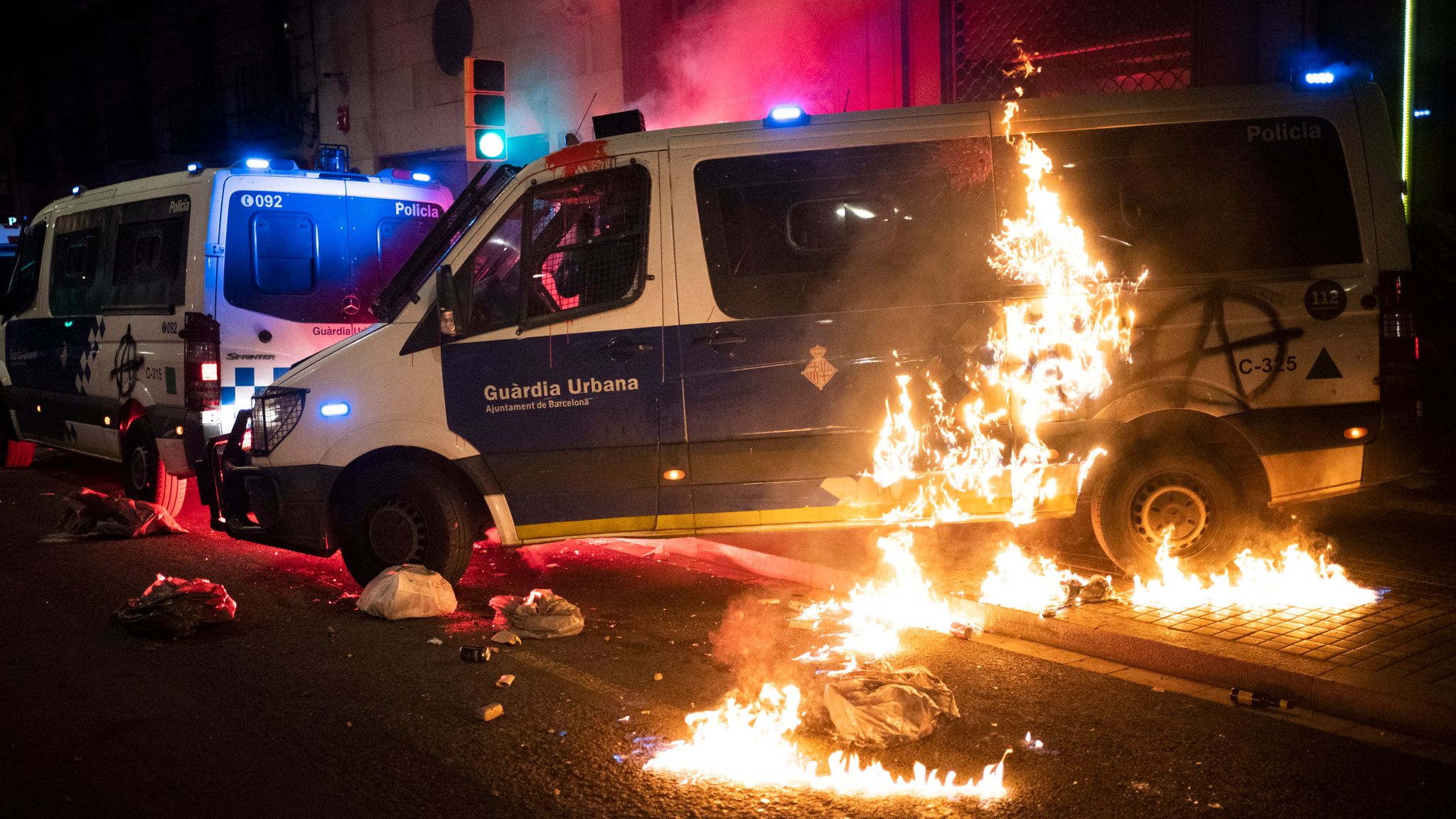 rt.com 26/03/2014 News
Spain’s Constitutional Court has ruled that a referendum in Catalonia on independence from the rest of the country would violate the law, saying that ...View Details»