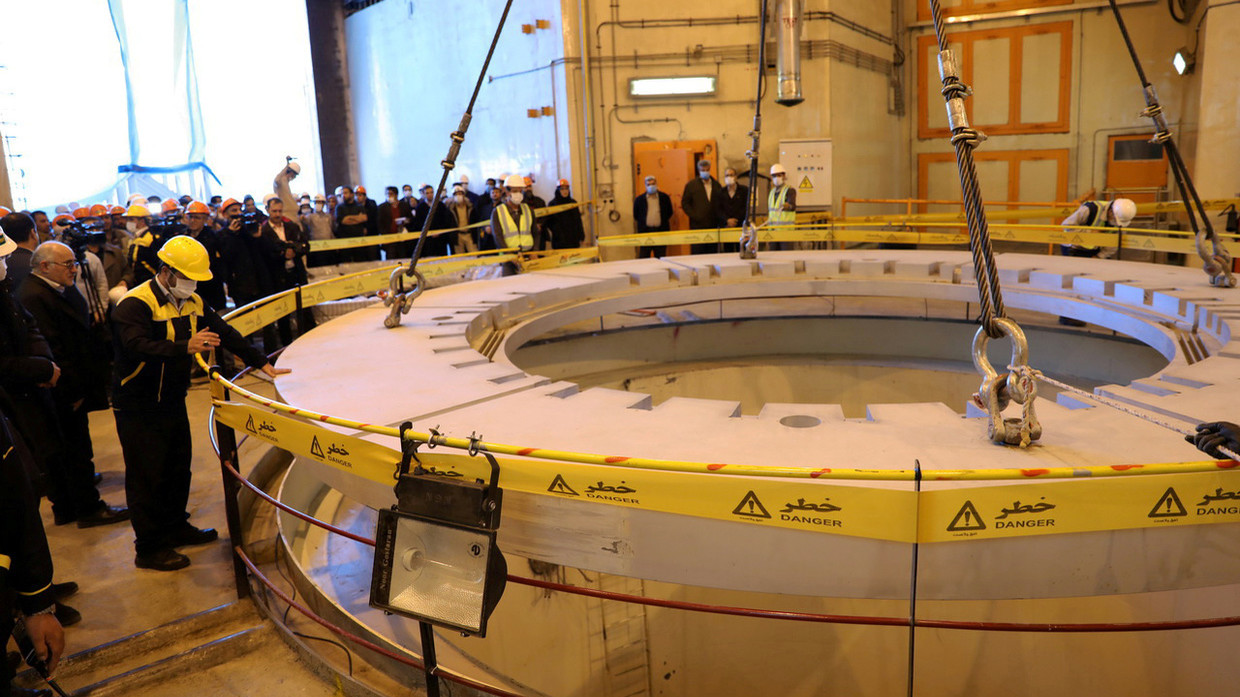 The Iranian threat to withdraw from the Nuclear Non-Proliferation Treaty, or NPT, moved forward on Tuesday after a motion to do so was filed in the Iranian parliament.
The motion reported by the parliament’s official website brings Iran closer to breaking away from the 1968 treaty which laid the foundation for the nuclear deterrence architecture of the Cold War. The NPT allows only five nations – the US, Russia, China, Britain, and France – to have nuclear weapons. Nuclear-armed India and Pakistan, as well as Israel, which has maintained ambiguity, neither confirming nor denying possession of a nuclear arsenal, are not signatories to the treaty. North Korea withdrew from it in 2003, with a promise to limit its nuclear activities to “peaceful purposes.”
Tehran suggested it could leave the NPT last week after European signatories to the 2015 nuclear deal launched a legal process over Tehran’s alleged breach of its terms. Iran has been increasingly downgrading its participation in the agreement known as JCPOA due to Washington’s unilateral withdrawal from it in 2018.
Tehran said it will maintain its commitment if the Europeans compensate them for the damage done by sanctions reimposed by the US, but was not satisfied with what its counterparts did. The threat comes after the Europeans filed a dispute over Iran’s alleged non-compliance, which may bring the issue to the attention of the UN Security Council, if left unresolved for 60 days.
After a US drone strike killed top Iranian military chief Major General Qassem Soleimani at the beginning of January, Iran rolled back the last constraints it agreed to impose on its nuclear program under the 2015 deal, but announced that the enrichment would be limited by “technical needs.” Tehran also promised to continue its cooperation with the International Atomic Energy Agency (IAEA).
While Iran breaking away from the NPT would be a significant development, Tehran previously insisted that it never had plans to go nuclear and that its atomic program was always peaceful in nature.
--- ---
...