Earthquake in Iran Kills at Least 9 in Neighboring Turkey 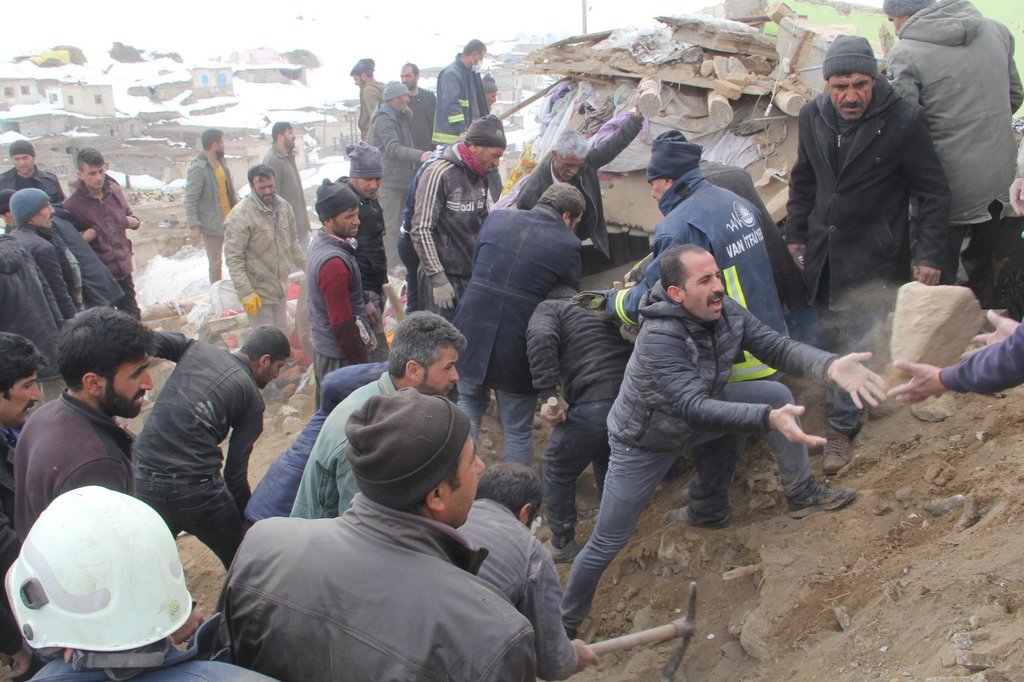 People remained trapped under rubble after the magnitude-5.7 earthquake struck in western Iran on Sunday, a Turkish official said.
By The Associated Press
Feb. 23, 2020
ANKARA, Turkey — At least nine people were killed and more than 30 injured in Turkey after a magnitude-5.7 earthquake struck western Iran on Sunday morning, Turkey’s interior minister said.
The quake, centered on the Iranian city of Khoy, affected villages in the Turkish province of Van. Many people remained trapped under the debris of fallen buildings, said the minister, Suleyman Soylu.
He said at a news conference in Ankara, the Turkish capital, that three children and four adults were killed in Baskule District, and five injured people were taken to the hospital. Mr. Soylu said that the quake hit four Turkish villages in Van, and that some of the fatalities had occurred in Ozpinar Village, where search and rescue teams had arrived.
Turkey’s health minister, Fahrettin Koca, said nine died and at least 37 others were injured, with nine in critical condition.
The Iranian official news agency IRNA said the earthquake had damaged homes and other buildings in 43 villages in the mountainous Qotour area.
A spokesman for Iran’s emergency organization said 25 percent to 90 percent of 25 villages were destroyed, according to the Iranian Students’ News Agency.
The Turkish broadcaster NTV showed images of residents and soldiers digging through the rubble of collapsed buildings as families fearing further tremors sat in snowy streets. The European Mediterranean Seismological Center reported several aftershocks that measured up to magnitude 3.9.
The region has a history of powerful earthquakes. Last month, a quake centered on the eastern Turkish city of Elazig killed more than 40 people.
President Recep Tayyip Erdogan of Turkey was informed by Mr. Soylu about Sunday’s earthquake and rescue efforts, the state media reported.
--- ---
...