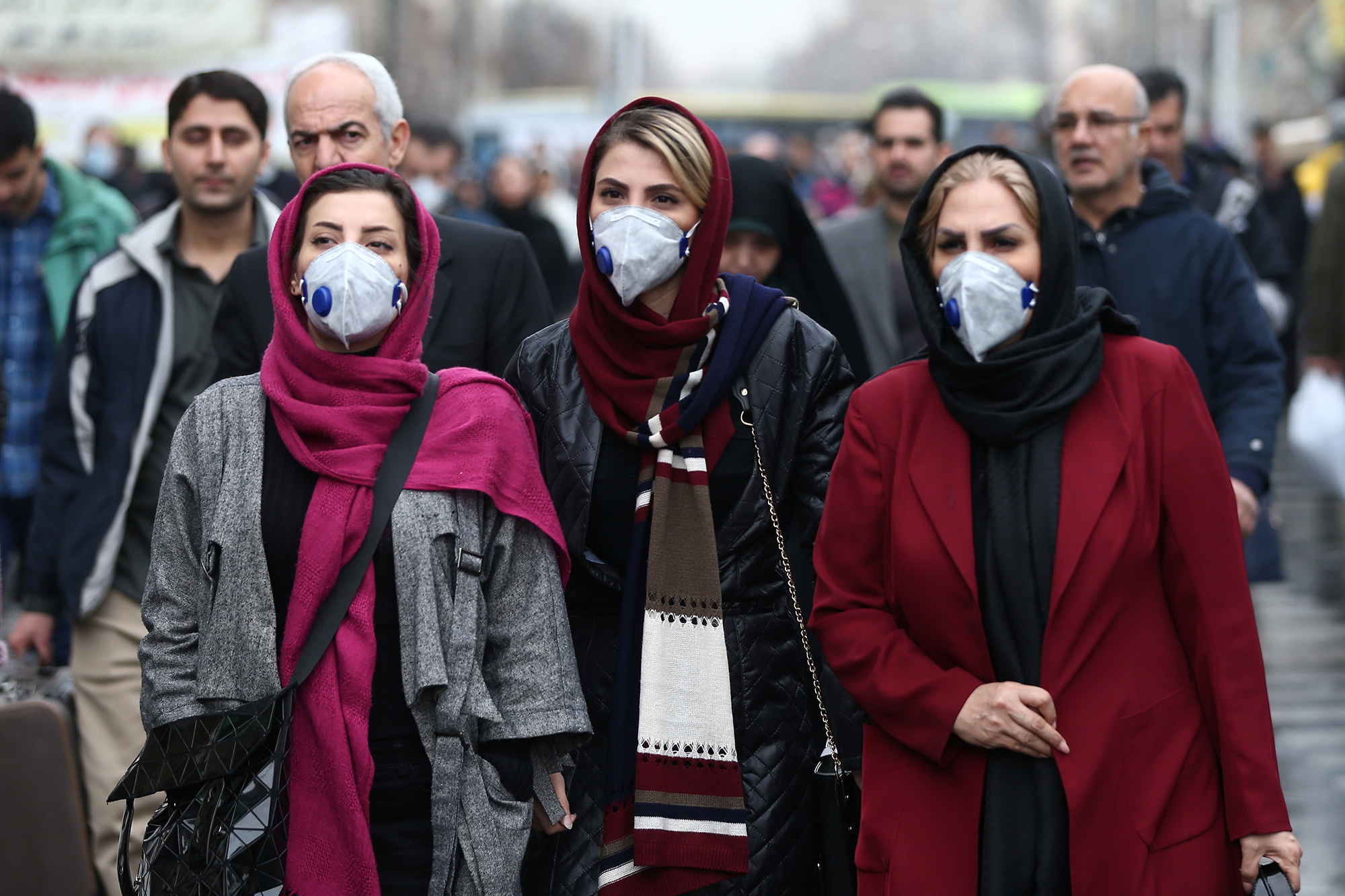 Low turnout in the parliamentary elections are the latest sign of public anger and mistrust over the Islamic Republic’s failures.
By Bobby Ghosh
February 24, 2020
Ordinary Iranian ladies shopping at Tehran's Grand Bazaar

* * * Not quite two months in, 2020 is already proving to be Ali Khamenei’s annus horribilis. In word, deed and vote, Iranians are demonstrating a profound loss of faith in the Islamic Republic, and a deep contempt for its Supreme Leader. Trust in Iran is also dwindling in its neighborhood, and in the international community.
If he were capable of self-reflection, Khamenei would recognize that he bears most of the blame. Instead, the ageing theocrat continues to rail against the U.S., and more generally the West, for all that ails Iran.
This bodes ill for Iranians: A regime in denial is unlikely to respond constructively to the overlapping crises that have so far characterized the year. And since denial is usually accompanied by deflection and disruption, it could also be bad news for the wider Middle East, long the stage for Iranian mischief.
But, as Khamenei learned this past weekend, distracting his people is becoming harder. The parliamentary election he fixed for his favored hard-liners turned into a vote of no-confidence in him: The hard-liners won, but it was the smallest turnout in the country’s modern history, despite calls from Khamenei and the Islamic Revolutionary Guard Corps for a massive mandate.
Per usual, the Supreme Leader tried to pass this off as the result of “negative propaganda” about the spread of the coronavirus. In turn, leaders in the holy city of Qom, where the virus has hit hardest, conjured up an American plot to undermine the religious institutions.
Ironically, an honest appraisal of the threat might have worked to Khamenei’s advantage. He could have used it to postpone the elections and avoided, at least for a while, the loss of face — and of legitimacy — that the low turnout represents.
The crisis brought on by the virus — Iran already accounts for the most fatalities outside China — is a microcosm of the regime failures that have left Iranians with little faith in their leaders. The authorities have gone from underplaying the threat to grudging acknowledgment and blame-shifting. (In Qom, the director of the medical university who had said there was nothing to worry about was found to have tested positive for the virus.) By then, the death toll was swiftly climbing toward the three-figure mark.
Iranians could hardly have missed the parallels with the response to the downing of a Ukrainian airliner shortly after takeoff from Tehran in January: After denying responsibility, the government belatedly admitted that the plane was struck by Iranian missiles — and then blamed the U.S. for creating the atmosphere of heightened tension that led to the error.
If Iranians are outraged by the regime’s handling of the virus crisis, the country’s neighbors are taking no chances. Most Middle Eastern states have closed their borders with Iran and halted flights.
Almost lost in the panic was Friday’s news of a different kind of isolation: the decision by the Financial Action Taskforce to keep Iran on its blacklist for the regime’s failure to comply with rules preventing the financing of terrorism. The FATF also called on member states to impose fresh sanctions on the Islamic Republic.
The FATF designation is a blow to Iran’s hopes, already reduced by American sanctions, for a resumption of trade with Europe. Tehran responded in the only way it knows how, by fingering the U.S. and a Western conspiracy. But ordinary Iranians know who to blame: Although parliament passed legislation to bring the country into compliance, it was overruled by a clerical body led by Khamenei.
The regime is already shrugging off the FATF designation as inconsequential. It can count on ordinary Iranians not paying much attention, but only because the virus scare has given them more immediate anxieties. Social media platforms buzz with rumors of a run on face masks and hand-sanitizer. To contain contagion, doctors and health officials are calling for a weeks-long holiday for schools and universities, and restrictions on public assemblies, including all religious gatherings.
But the virus crisis, by shutting businesses and keeping shoppers at home, will have a much more immediate impact than the FATF designation on an economy already hobbled by sanctions, feeding the widespread anger at the regime that has sporadically bubbled over into the streets.
For Khamenei, the only silver lining here is that Iranians too frightened to leave home for fear of the virus are unlikely, at least for now, to resume the anti-regime street protests.
But pretty soon, he will need to find a new way to distract his subjects. He can’t rely on the Trump administration to provide one, as it did with the killing of Qassem Soleimani at the start of the year. The regime had counted on the death of its most famous military commander to rally Iranians behind the flag and leadership — but the outpouring of grief at his funeral was swiftly replaced by rage after the downing of the Ukrainian Airlines flight.
Soleimani ran Iran’s complex network of proxy militias across the Arab world, and his death has limited Khamenei’s ability to stage distractions far from home. This was demonstrated over the weekend, when the Iran-backed Houthi rebels in Yemen launched attacks on Saudi Arabia, as finance ministers and central bankers of the G-20 nations gathered in Riyadh. Missiles fired from Houthi-held territory were intercepted, and an explosives-laden boat heading for the shipping channel of the Red Sea was destroyed.
Other Iranian proxies, like Hezbollah in Lebanon and Shiite militias in Iraq, are preoccupied with local political struggles and popular movements against Tehran’s influence.
And the Supreme Leader’s terrible, horrible, no good, very bad year has only just begun.
This column does not necessarily reflect the opinion of Bloomberg LP and its owners.
--- ---...