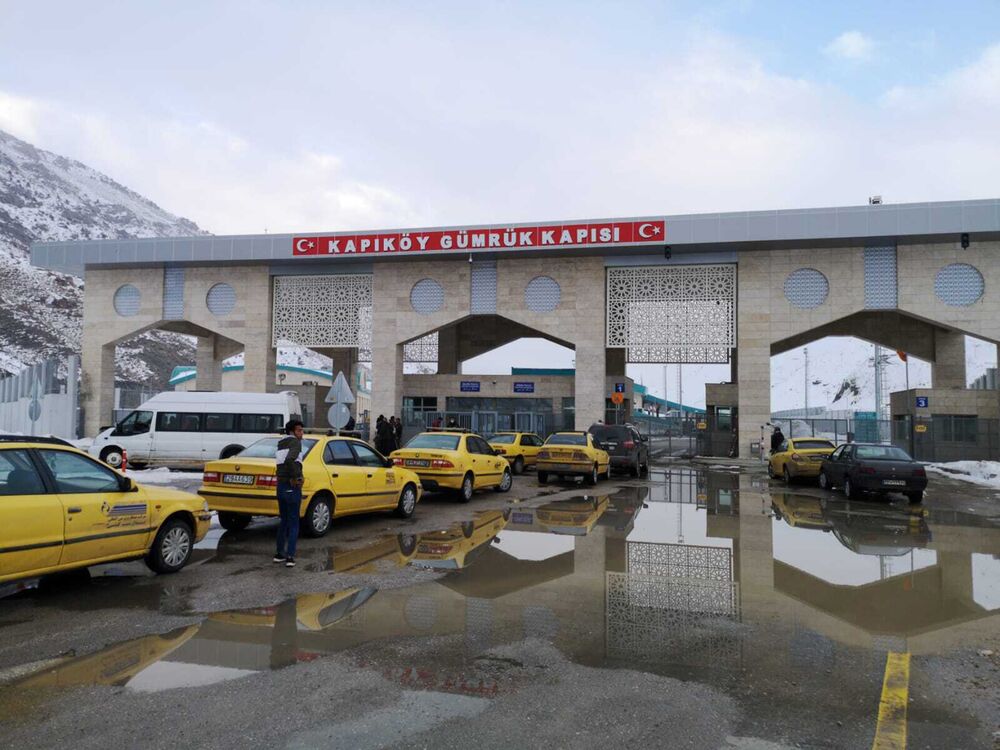 
The contagion has done what American economic sanctions could not: shut down non-oil exports.
By Esfandyar Batmanghelidj
February 25, 2020
Iran is now one the epicenters of the novel coronavirus outbreak outside of China: officials have reported 61 confirmed cases of the virus, resulting in at least 12 deaths. Some reports suggest the true numbers could be much higher than Tehran is letting on. Iran’s neighbors, including major export markets Iraq and Turkey, have closed their borders and canceled air travel.
These restrictions could remain in place for months, and will hammer the Iranian economy, which had been showing signs of recovery following 18 months of deep recession triggered by the Trump administration’s reimposition of secondary sanctions in November 2018.
While the International Monetary Fund estimates that Iran’s economy contracted 9.5% in 2019, non-oil sectors actually managed to grow 0.9% in the last three months of the year, led by a recovery in manufacturing. Iranian industry had benefited from resilience in non-oil exports, which averaged $3.5 billion a month over the year. Monthly exports to Iraq averaged around $650 million over the past year, while exports to Turkey averaged around $400 million.
Now, the virus is isolating Iran in a way sanctions could not: non-oil exports will be unable to reach regional markets.
Concerns for the economy have already gripped Iran’s foreign-exchange markets. The rial has lost about 7% of its value since officials announced the country’s first two coronavirus deaths on February 19. (Some of the slide can be attributed to last week’s announcement that the Financial Action Task Force would be returning Iran’s financial system to its “blacklist,” but that decision had been long anticipated.)
Fears over the outbreak and its impact on the Iranian economy will drive further volatility in foreign-exchange markets, stoking inflation that had begun to relent. Consumption has been remarkably stable over the last year, even in the face of inflation as high as 40%. But Iranian merchants were counting on the traditional sales boost of the upcoming Nowruz holidays, which begin on March 20 and last for two weeks.
That is now in doubt. As economist Zahra Karimi notes: “The virus outbreak will keep people from making unnecessary trips, purchases, and transactions, aggravating the downturn in the Iranian economy.” In one early indicator, demand for carpet-washing services, part of the “spring cleaning” that Iranian households traditionally undertake in advance of the Nowruz holiday, is down 40%.
The self-inflicted nature of the economic damage has brought sharp criticism of the authorities from economists and business leaders. In the early days of the outbreak, officials seemed mainly concerned about public diplomacy with China. Keen to preserve the bilateral trade relationship, they kept up flights to China when other countries were cancelling them. Much was made of the fact that Iranian exporters were shipping hygiene supplies to China, helping Beijing in a moment of need. Tehran’s iconic Azadi Tower was lit-up with the call to “Help Wuhan fight the virus.”
These acts of solidarity appear to have been prioritized above the mitigation of the threat posed to Iranians. Ali Shariati, a prominent member of the Iranian Chamber of Commerce tweeted with irony, “For our national interest we maintained Mahan Air flights to China and sent them two million masks. Now we have coronavirus and no masks… Isn’t it beautiful?”
Pedram Soltani, a vice president of the chamber, described the government’s failure as evidence of “an unbalanced dependence on China” in the Iranian economy. Officials failed to understand that the impact of the coronavirus on China’s economy was bound to depress bilateral trade anyway.
In a misguided effort to safeguard its trade relationship with China, Iran has managed to import a full-blown public health crisis. These blunders of governance are all the more damaging at a time when there is significant distrust of the government among many in Iranian society — particularly those who have faced significant economic hardship over the past year.
Writing about the ways in which coronavirus relates to Iran’s broader economic and social challenges, Abbas Abdi, a prominent sociologist and politician, argues that the measures imposed by the government to contain the virus may cause additional hardship for “families already under pressure.” As authorities seek to stave an economic crisis, restrictions on use of public transport, closure of food markets, and quarantines that would keep people away from their places of work may be as dangerous for state-society relations as the coronavirus itself. As Abdi writes, even before COVID-19 “viruses of poverty, injustice, and despair” were claiming “many victims every day.”
Now, Iranian authorities are scrambling for more than one cure.