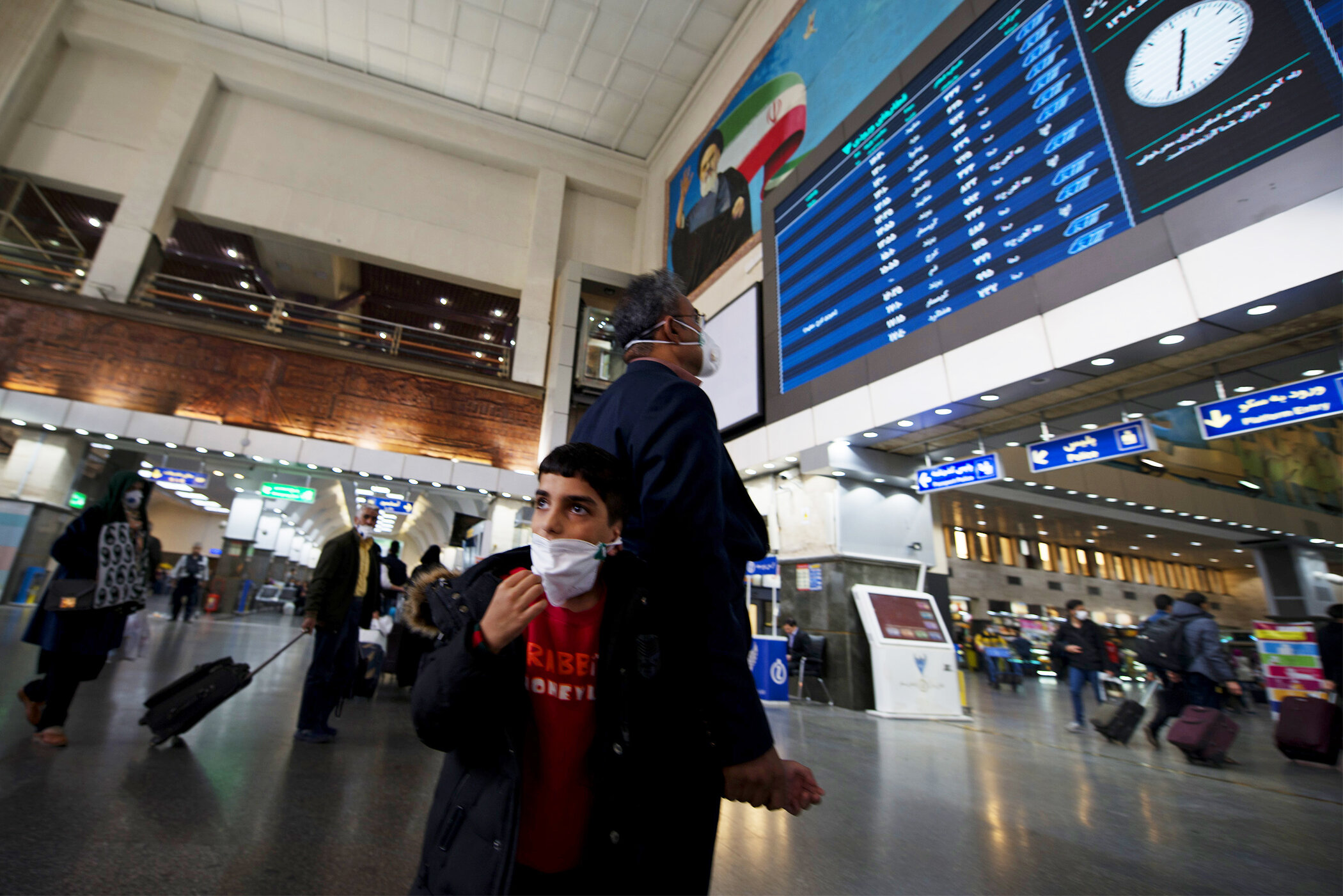 
March 3, 20202:54 PM ET
By Peter Kenyon
The woman had had enough. She turned and stormed out of Dr. Rodmanish Pharmacy, before NPR could ask her name.
"No masks, no gloves," she fumed. "They don't have anything here!"
Similar scenes have played out in pharmacies across Iran's capital of Tehran. The outbreak of the new coronavirus has sent Iranians scrambling to avoid becoming another statistic in a country with more deaths from the disease than any besides China.
Iran has reported 77 deaths from COVID-19, and 2,336 confirmed cases of infection, as of Tuesday. On Monday, Mohammad Mirmohammadi, a 71-year-old member of a council that advises Iran's supreme leader, became one of the latest casualties — the first senior official to die from the coronavirus.
Other Iranian officials have also contracted the disease, including the deputy health minister in charge of Iran's anti-coronavirus task force. On Feb. 24, he appeared in a televised news conference mopping sweat from his face and wearing no protective mask, before announcing the next day he had caught the virus.
Public gatherings, including Friday prayers in Tehran and other cities, have been canceled, schools closed and crews of cleaners dispatched to disinfect trains, buses and gathering places.
Iranians take pride in their ability to ride out tough times. But during a recent NPR visit to Tehran, public concern over the government's response to the virus was apparent. The coronavirus outbreak comes at a time when Iran is already reeling from economic woes as the United States imposes tough economic sanctions on the country. Iran's economy contracted by an estimated 9.5% last year.
Iranian Foreign Minister Javad Zarif on Monday made a plea on Twitter for countries and the World Health Organization to assist Iran in fighting the coronavirus, saying Iran urgently needs test kits, face masks, ventilators and other supplies. He blamed the U.S. sanctions for endangering Iranian patients.
Unable to predict Trump or coronavirus
Iran enjoyed an economic growth spurt after Tehran and other world powers signed the 2015 Iran nuclear deal, when many sanctions were lifted in exchange for Iran curbing its nuclear program. That recovery began to sour after President Trump pulled the U.S. out of the deal and reimposed sanctions on Iran in 2018.
"Iran was totally unprepared for the return of sanctions," says economist Djavad Salehi-Isfahani at Virginia Tech.
"The government was unable to predict Trump's behavior, a bit like the reaction to the coronavirus," he says.
Salehi-Isfahani estimates the country's middle class has shrunk by about 10% since the sanctions hit.
In Tehran, it doesn't take long to find residents struggling to make ends meet.
"We've had a problem, no other companies are selling products to us, so we don't have too much to sell," says 35-year-old Mohsen at his housewares shop near Tehran's Shoosh Square.
Like most people interviewed for this story, he gave only his first name, worried about potential retribution for speaking with an American reporter.
Mohsen says the lack of inventory and rising consumer prices are adding to his woes. When asked if the newly elected Iranian parliament, with its majority of hard-liners, might do something to help, he shakes his head: "No, actually, they will possibly make it worse," he says.
"Resistance economy"
The 2018 collapse of Iran's currency, skyrocketing prices and rising unemployment all contributed to the country's economic woes.
There was a sharp drop in imports as well, but that actually had an interesting side effect: Unable to rely on goods from abroad, demand for locally produced items began to rise. Production in Iran of things like home appliances and housewares has begun to rise, according to economists.
Mehdi Naseri gets up from behind the counter at his jewelry shop to emphasize that point.
"It's getting better," he says, "because there's no import of Chinese products so we can sell Iranian products."
Naseri says that it will take a while for the economy to really pick up, but increased self-reliance is "good for our factories and the workers, and it will continue to improve."
Naseri's comments are squarely in line with the views of Iran's supreme leader. Ayatollah Ali Khamenei regularly exhorts Iranians to rely on their "resistance economy" to endure whatever hardships are visited on Iran by enemies such as the U.S.
Now another enemy has come to test their resistance — the coronavirus.
Authorities' delayed response
Outside another crowded Tehran pharmacy, a 52-year-old Iranian American named Giti says she has family in the U.S. She is one of many in Tehran who suspect the government deliberately delayed announcing the coronavirus crisis for political reasons.
Iran reported its first confirmed cases of the coronavirus on Feb. 19. Giti says she thinks the government withheld a broader response until after the parliamentary election on Feb. 21, because officials may have worried people wouldn't turn out to vote if there were fears of catching the virus. "I think it was worse, they just didn't mention it," she says.
Iran Under Sanctions: A Scramble For Cancer Care And Blame To Go Around
World
Iran Under Sanctions: A Scramble For Cancer Care And Blame To Go Around
With the number of cases and fatalities still on the rise, Iranians are finding it hard to see things improving anytime soon.
In Iran's Grand Bazaar, 72-year-old Masoumeh adjusts the medical mask on her face and looks around at the sparse crowd. The retired teacher says few customers are showing up at other markets too, even though normally this would be a busy time: the run-up to the Persian new year, Nowruz, on March 20.
"It's more empty now," says Masoumeh.
"Our New Year's is coming, but even officials are having problems. Of course it will be harder for our families," she says, adding, "maybe next year will be even worse."
---The country has been reeling from pressure reimposed by the Trump administration. Now it is scrambling to cope with the virus that has killed dozens of Iranians, including a senior official. ---
...

Can the US-Iran rift be healed? - Opinion - The Boston Globe... 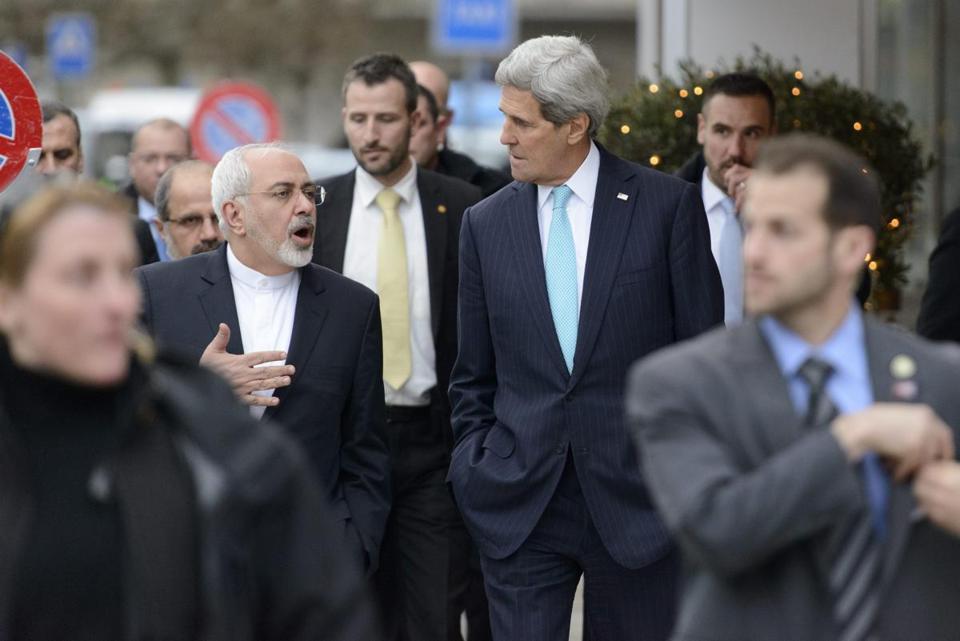