By Nico Hines
,The Daily Beast•March 5, 2020
Sheikh Mohammed's daughter Latifa escaped Dubai before being captured in the Indian Ocean

* * * LONDON—Sheikh Mohammed bin Rashid, the ruler of Dubai, ordered his henchmen to abduct two of his daughters and force them into captivity after they tried to flee from his controlling grasp, according to a British court.
One of the women was subjected to inhumane treatment amounting to torture in the view of a British High Court judge, whose findings about the 70-year-old leader were unsealed in London on Thursday.
Sir Andrew McFarlane, the most senior family judge in England, published his findings as part of a case that was brought to protect two of Sheikh Mohammed bin Rashid Al Maktoum’s younger children, who currently live in the U.K. Their mother is the daughter of Jordan's late King Hussein. The Dubai ruler failed in a bid at the Supreme Court to have the judgment kept secret.
The judge found that Sheikha Latifa was imprisoned after trying to escape Dubai in 2002 and 2018. In her most recent bid for freedom, she made it as far as the coast of India before special forces snatched her and her Finnish friend Tiina Jauhiainen.
In a carefully orchestrated plot, the pair had fled to the coast of the United Arab Emirates in disguise, boarded a dingy, ridden jet skis and then made it to a rendezvous with a yacht that took them out of the UAE’s territorial waters.
“The last time [I saw Latifa], she was kicking and screaming and she was dragged off the boat. Her pleas for asylum were ignored,” Jauhiainen told Reuters.
The British judge found in favor of Jauhiainen’s account of the abduction.
McFarlane said that Latifa was held in captivity “on the instructions of her father” for more than three years after her first escape attempt. He said her claims of serious physical abuse, amounting to torture, were credible. At the time of her apprehension, she said she would only be released if “I’m dead, or I'm in a very, very, very bad situation.”
“She was pleading for the soldiers to kill her rather than face the prospect of going back to her family in Dubai,” the judge said. “I conclude, on the balance of probability, that Latifa's account of her motives for wishing to leave Dubai represents the truth. She was plainly desperate to extricate herself from her family and prepared to undertake a dangerous mission in order to do so.”
The judge said Sheikha Shamsa had also fled from her overbearing father when they were staying on a property in South-East England in 2000. Agents of Sheikh Mohammed allegedly captured her outside Cambridge, injected her with a sedative, and took her back to Dubai, where the judge said she “has been deprived of her liberty for much if not all of the past two decades.”
Cambridgeshire police tried to travel to Dubai to investigate the abduction at the time, but they were denied permission to enter the rich Arab emirate. Charles Geekie, a lawyer for the sheikh’s former wife, said the British government had intervened in the case.
The judge, who said the sheikh “continues to maintain a regime whereby both these two young women are deprived of their liberty,” also found that the ruler of Dubai conducted a “campaign of fear and intimidation” against his sixth wife, Princess Haya Bint Al Hussein.
Princess Haya, half sister of Jordan's King Abdullah, fled her husband at the start of 2019. She said she had been subjected to a “campaign of fear and intimidation” ever since and applied for a British court to protect their children from the kind of abuse to which Sheikh Mohammed had subjected his older children.
Geekie told the court that anonymous notes had been left in Princess Haya’s bedroom. One of them said, “We will take your son—your daughter is ours—your life is over."
On another occasion, a UAE helicopter pilot landed in the princess’ garden and told her he was there to take one passenger to Awir, which is the site of a prison in the desert.
Her former husband also condemned her in a poem posted on Instagram entitled, “You Lived and You Died.”
The judge concluded that he agreed with Geekie’s claim that these recent threats fit into a pattern of behavior that stretched back to the first abduction of one of the sheikh's children in 2000. “[There are] a number of common themes, at the core of which is the use of the state and its apparatus to threaten, intimidate, mistreat and oppress with a total disregard for the rule of law.”
The case began after Princess Haya asked for her children with Sheikh Mohammed—Jalila, 12, and Zayed, 8—to become wards of the court and protected from being taken back to Dubai.
Princess Haya alleged that her husband had arranged for Jalila, who was 11 at the time, to be married to Mohammed bin Salman, the Crown Prince of Saudi Arabia. The judge said he had not seen enough evidence to prove that that arrangement had been made.
The princess said she had been “terrified” of her ex-husband, who divorced her without her knowledge in February last year on the 20th anniversary of the death of her father, King Hussein of Jordan.
The judge said it was “clear the date will have been chosen... to maximize insult and upset to her.”
After the findings were made public, Sheikh Mohammed, who had refused to attend the hearings, said, “This case concerns highly personal and private matters relating to our children… As a head of government, I was not able to participate in the court's fact-finding process. This has resulted in the release of a 'fact-finding' judgment which inevitably only tells one side of the story.”
Read more at The Daily Beast.
https://www.thedailybeast.com/dubai-ruler-sheikh-mohammed-bin-rashid-abducted-and-imprisoned-daughters-says-london-court

---LONDON—Sheikh Mohammed bin Rashid, the ruler of Dubai, ordered his henchmen to abduct two of his daughters and force them into captivity after they tried to flee from his controlling grasp, according to a British court.One of the women was subjected to inhumane treatment amounting to torture in the view ---... 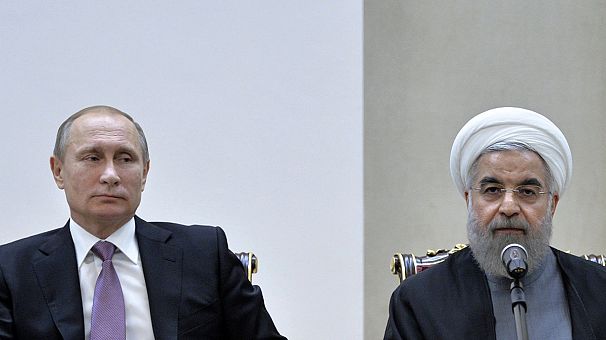