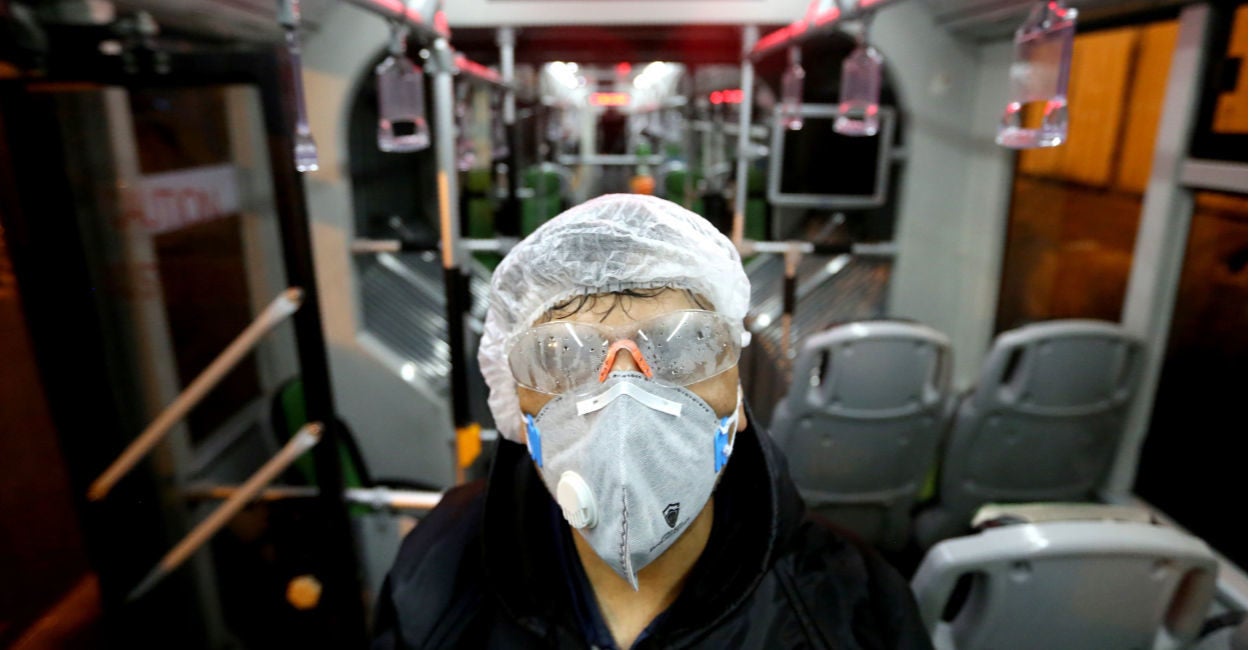 By Helle Dale / @Helledale / March 10, 2020
Never letting a crisis go to waste, propagandists are using the coronavirus to spread disinformation and conspiracy theories about the United States.
In China, Russia, and Iran, conspiracy theories about the origins of the coronavirus are swirling through government-run media outlets, pointing fingers at the U.S. military’s biological-warfare labs or the CIA.
Not only do these falsehoods distract from identifying the real source of the problem (the Chinese government’s delayed public acknowledgement of the epidemic), they also slander the image of the United States globally.
The Chinese military news website Xilu.com recently wrote that the coronavirus virus is “a biochemical weapon produced by the U.S. to target China.”
In Iran, the Tehran government downplayed the virus and irresponsibly encouraged pilgrims to visit the holy city of Qom, which is now ground zero of the coronavirus outbreak in Iran, one of the worst globally.
Clerics have accused the United States of introducing the virus “to damage [the city’s] culture and honor.” Iranians now widely believe the United States is behind the virus.
Russia lost no time weaponizing the coronavirus against the United States. Thousands of Russian social media accounts on Instagram, Facebook, and Twitter have been spreading the line that the U.S. government created the virus to “wage economic war on China” and propagate anti-China messages.
“By spreading disinformation about coronavirus, Russian malign actors are once again choosing to threaten public safety by distracting from the global health response,” Philip Reeker, acting assistant secretary of state for Europe and Eurasia, told The Guardian.
Coronavirus propaganda fits into classic Soviet-era propaganda strategies, dating back to the Cold War. In 1983, a pro-Soviet Indian newspaper, the Patriot, first published an article to the effect that the AIDS virus was a biological weapon created by the U.S. military.
After circulating for several years in KGB-controlled publications, the slander was picked up in 1985 by the Soviet cultural newspaper Literaturnaya Gazeta (Literary Gazette), opening the propaganda floodgates. In 1987 alone, it was reprinted or broadcast in more than 80 countries in 30 languages.
The story was highly damaging to the U.S. international image.
Similar damage is entirely possible today if coronavirus disinformation stands unchallenged. During the Cold War, the Reagan administration created the Active Measures Working Group to expose Soviet propaganda.
Today, the U.S. government will have to be equally deliberate in its efforts to fight not just the spread of the virus itself, but also the conspiracy theories spread by foreign actors.
Helle C. Dale is the Heritage Foundation's senior fellow in public diplomacy. Her work focuses on the U.S. government’s institutions and programs for strategic outreach to the public of foreign countries, as well as more traditional diplomacy.
---Russia lost no time fanning coronavirus fears against the U.S., through thousands of social media accounts on Instagram, Facebook, and Twitter. ---
...

History of the Relationship Between Iran and the West...