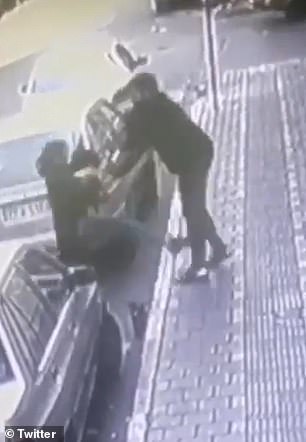 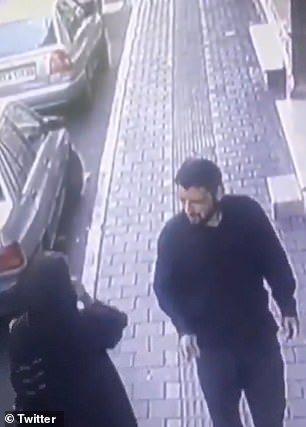 But far from being scared, the woman resumed her counter-attack with the two passers-by abandoning their attempts to intervene.
The scuffle continued until a larger crowd of people had gathered around them and the woman's veil had completely come off. The man then walked out of shot, with reports saying that he had fled in a car.
The Islamic dress code, in place since the 1979 revolution, considers veiling obligatory for any woman older than 13 in Iran.
Offenders face fines, whipping or a prison sentence.
Amnesty International says women and girls are regularly stopped in the street by morality police and vigilantes in Iran.
Some protests against the dress code have erupted in recent years with protesters seeing the veil as a sign of oppression against women.
At least 39 women were arrested in 2018 in connection with anti-hijab protests, according to Amnesty.