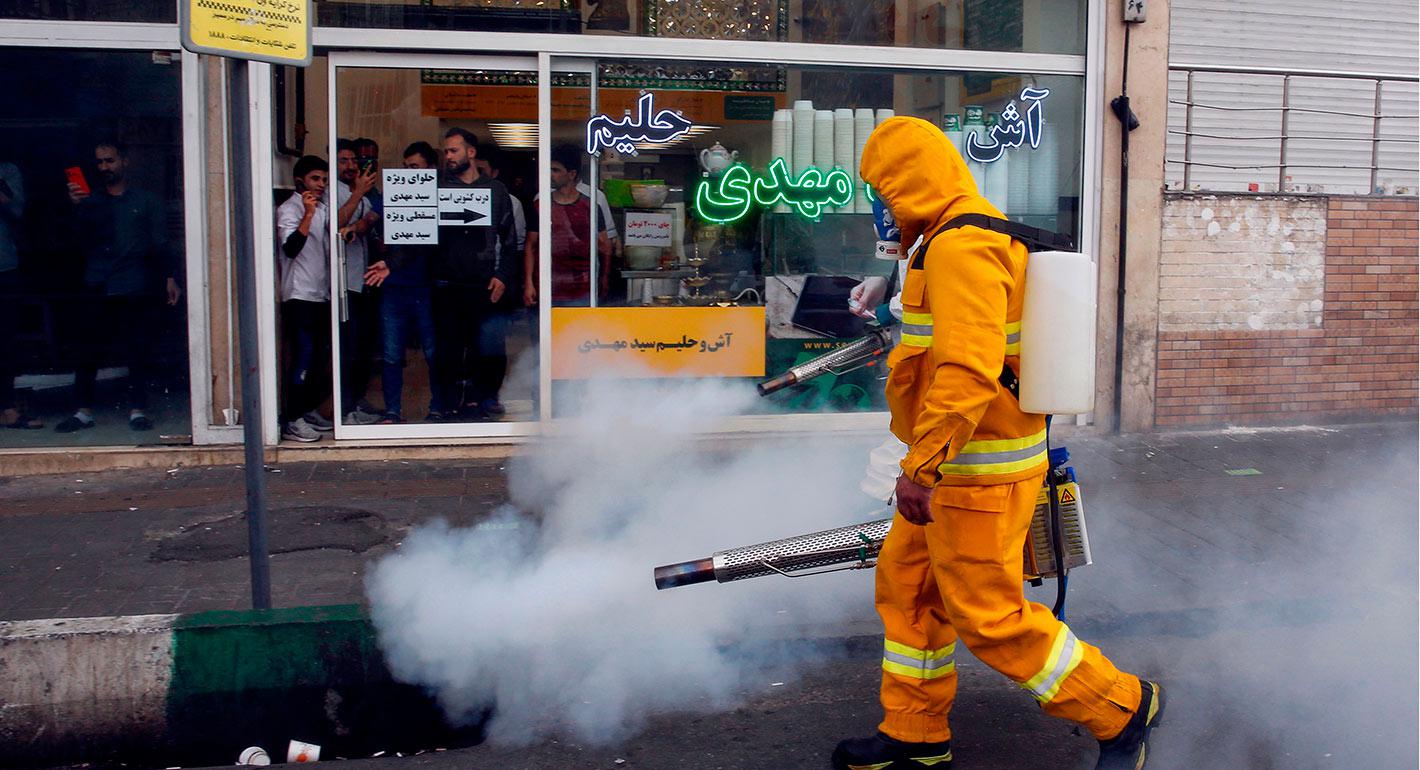 By Karim Sadjadpour
March 25, 2020
Domestic mismanagement and international hostility have complicated Iran’s response to the coronavirus threat, fueling one of the world’s most dire outbreaks.
The Islamic Republic of Iran has suffered a devastating number of fatalities from the new coronavirus, exceeded only by those in Italy, Spain, and China. While China took draconian measures to contain the outbreak, and Italy and Spain have been transparent about the death toll in order to warn others about the dangers of complacency, Iran has done neither. Yet Iranian universities and health officials warn that the country could ultimately see millions of fatalities absent urgent, dramatic action.
The story of how the virus spread to, within, and from Iran is now well documented. When other countries began to suspend travel with China in early February, Iran did not pay heed, given its economic isolation and dependence on China. When cases of the coronavirus began to mushroom in Iran in mid-February, Iranian officials admittedly suppressed the news in order to maintain voter turnout in the country’s rigged parliamentary elections. When the holy city of Qom—a popular destination for Shia pilgrims throughout Iran and the Middle East—was identified as an epicenter of Iran’s coronavirus outbreak, Iranian authorities refused to quarantine the city’s mosques and shrines until a month later. But COVID-19, the disease caused by the new coronavirus, had spread throughout Iran within days. An estimated 90 percent of the approximately 17,000 cases throughout the Middle East are now linked to the country.
Iran’s leaders initially downplayed the dangers. “COVID-19 is not such a big tragedy and this country has overcome graver ones,” tweeted Iranian Supreme Leader Ayatollah Ali Khamenei on March 3. He continued, “The prayers of the pure youth and pious are very effective in repelling major tragedies.” Once the country’s death toll began to mount—including thirteen senior Iranian officials, among at least thirty who contracted the virus—Khamenei shifted from denial to deflection. He claimed there was evidence that COVID-19 may be a biological attack, ostensibly by the United States, which provided him the pretext to appoint a Revolutionary Guard commander, rather than a physician, to lead a newly formed “Health Command Center.” Indeed, despite hopes in Washington that COVID-19 may hasten the Islamic Republic’s collapse, the virus is more likely to accelerate its transition from clerical rule to military rule.
Iranian mismanagement has been exacerbated by U.S. sanctions that in theory don’t prohibit, but in practice financially inhibit, Tehran’s ability to purchase medical equipment and supplies. While Khamenei has long lauded sanctions for forcing Iran to become “self-reliant” and recently rejected the idea of U.S. financial assistance, overloaded Iranian healthcare providers have publicly pleaded for basic supplies—including gowns, gloves, masks, alcohol wipes, and hand sanitizers—to help treat the inflicted. The combination of onerous sanctions, plunging oil prices, and COVID-19 forced Iran to ask the International Monetary Fund for an emergency loan of $5 billion—its first such request since 1962. Yet, the very same week, Tehran likely sabotaged its chances of the United States and Europe acceding to such a loan when rocket attacks, allegedly launched by Iranian-backed militants, killed two U.S. soldiers and one British soldier in Iraq.
While the coronavirus outbreak could have provided Tehran and Washington an opportunity to cooperate against a common foe, the enmity and mistrust between them has proven too wide for even a deadly pandemic to bridge. Yet Washington should take no comfort in seeing Iran’s population—a majority of whom would welcome better relations with Washington—ravaged by a virus that respects no national boundaries. At a minimum, President Donald Trump’s administration should publicly announce that foreign companies and countries will face no penalties for providing Iran necessary aid, including medical equipment and supplies, to contain COVID-19. As the United States has proven, however, all the resources in the world cannot substitute for the honest, effective leadership that Tehran sorely lacks.
Karim Sadjadpour is a senior fellow at the Carnegie Endowment for International Peace, where he focuses on Iran and U.S. foreign policy toward the Middle East. @ksadjadpour
--- ---
...