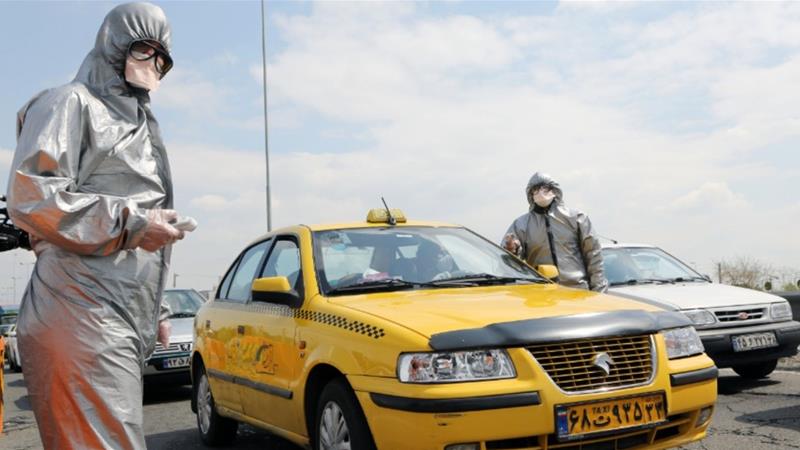 Medical equipment from France, Germany and the UK is the first transaction under INSTEX mechanism.
European countries have delivered medical supplies to Iran in the first transaction under the INSTEX mechanism set up to bypass US sanctions on Tehran, according to the German foreign ministry.
"France, Germany and the United Kingdom confirm that INSTEX has successfully concluded its first transaction, facilitating the export of medical goods from Europe to Iran. These goods are now in Iran," the ministry said in a statement on Tuesday.
The first successful transaction comes more than a year after the UK, France and Germany - signatories to the crumbling nuclear deal signed between Iran and world powers in 2015 - announced the creation of INSTEX.
The scheme aims to keep the nuclear deal alive following the unilateral withdrawal of the US from the landmark accord in 2018 and its subsequent reimposition of punishing sanctions against Tehran.
"Now the first transaction is complete, INSTEX and its Iranian counterpart STFI will work on more transactions and enhancing the mechanism," the statement said.
The UK, France and Germany were among a list of countries that Iran reported receiving medical aid from earlier this month as it battles a severe outbreak of the new coronavirus.
As of Tuesday, the number of confirmed cases in the country was 44,606, and the death toll stood at 2,898.
Iranian officials have warned the crisis could run for several more months and cost many more lives, blaming US sanctions for hampering Tehran's efforts to contain the spread of the virus.
Supreme Leader Ali Khamenei said last week that Tehran would not accept help from Washington after US President Donald Trump offered aid at the end of February.
The US proposals "to help us with medicines and treatments, provided we ask for them, are strange", he said, calling Washington the "most ferocious and vicious enemy" of Tehran.
SOURCE: Al Jazeera and news agencies