The Battle of Sarus was a battle fought in April 625 between the East Roman (Byzantine) army, led by Emperor Heraclius, and the Persian general Shahrbaraz. After a series of maneuvres, the Byzantine army under Heraclius, which in the previous year had invaded Persia, caught up with Shahrbaraz's army, which was heading towards the Byzantine capital, Constantinople, where his forces would take part in its siege together with the Avars. The battle ended in a nominal victory for the Byzantines, but Shahrbaraz withdrew in good order, and was able to continue his advance through Asia Minor towards Constantinople. 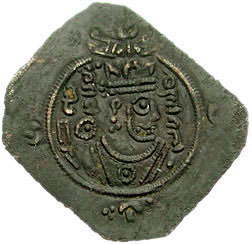 Shahrbaraz (also spelled Shahrvaraz or Shahrwaraz; New Persian: شهربراز), was king (shah) of the Sasanian Empire from 27 April 630 to 9 June 630. He usurped the throne from Ardashir III, and was killed by Iranian nobles after forty days. Before usurping the Sasanian throne he was a general (spahbed) under Khosrow II (590–628). He is furthermore noted for his important role during the climactic Byzantine–Sasanian War of 602–628, and the events that followed afterwards.
Shahrbaraz is actually a title, literally meaning "the Boar of the Empire", attesting to his dexterity in military command and his warlike personality, as the boar was the animal associated with the Zoroastrian Izad Vahram, the epitome of victory. Shahrwarāz (Inscriptional Pahlavi: ...

en.wikipedia.org 02/04/613 History
The Battle of Antioch took place in 613 outside Antioch, Syria between a Byzantine army led by Emperor Heraclius and a Persian Sassanid army under Gen...View Details»