Iran’s Central Bank Governor Abdolnasser Hemmati says 1.6 billion dollars of Iran’s assets held abroad have been released.
Hemmati said on Wednesday with the legal follow-ups of the Central Bank, the US effort to seize and transfer the CBI’s funds in Europe was thwarted.
Hemmati underlined that $1.6 billion worth of assets belonging to the central bank at Luxembourg’s Clear Stream, has now been released.
The money had been frozen since January 15, 2015 at the international central securities depository (ICSD).
“By intelligently monitoring the efforts of the United States and taking the lead in legal action, as well as following the judicial proceedings in Luxembourg, two victories were achieved by the Islamic Republic and the Central Bank of Iran at the beginning of the New Persian Year,” he noted.
First, $1.6 billion belonging to the Central Bank was released and then another branch of the Luxemburg’s court issued an interim order not to transfer the same funds to the United States to be distributed among the false claimants of the September 11 incident, underlined Hammati.
Under the US pressure, billions of dollars of Iran’s oil money and other funds are held up in several countries at a time when they are urgently needed to fight the deadly coronavirus.
--- ---
... 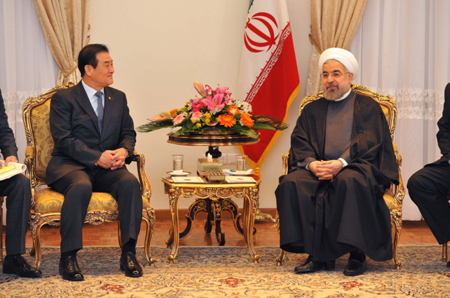