Iran declares: we are in the nuclear club 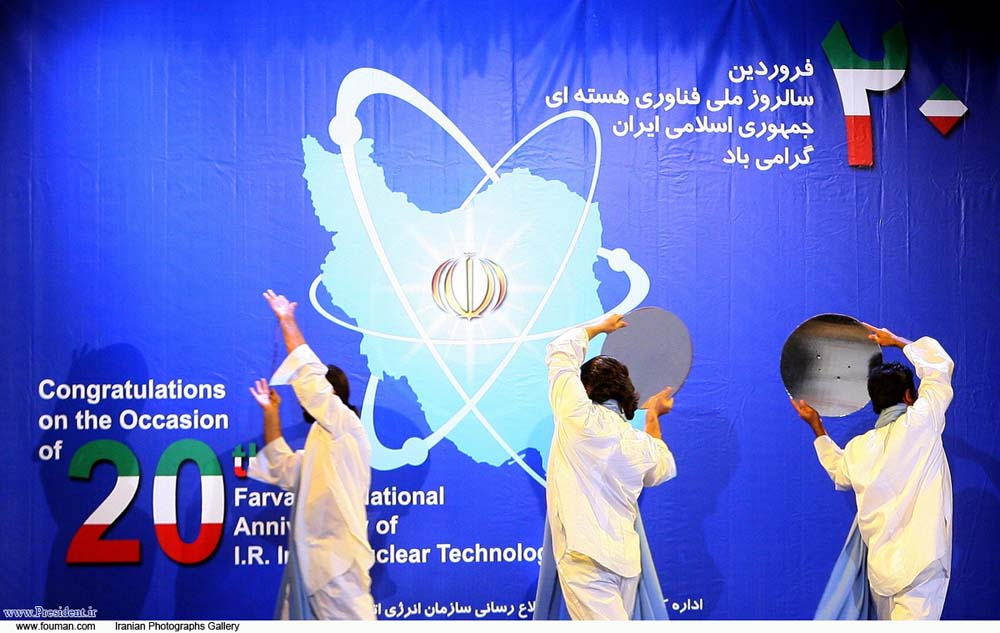 West surprised by swift and successful enrichment of uranium
By Robert Tait in Tehran and Ewen MacAskill
Wed 12 Apr 2006 00.46 BST
Iran announced a technological breakthrough yesterday that could lead to the development of a nuclear bomb, in a move that appeared to catch the west off guard.
Mahmoud Ahmadinejad, Iran's hardline president, trumpeted the development in a speech last night. "Dear Iran has joined the club of nuclear countries," he said in the holy city of Mashhad.
Addressing an invited audience of clerics, military figures and dignitaries, Mr Ahmadinejad made an unabashed appeal to national pride: "The nation, under the umbrella of God's grace and through its own efforts, has reached this big achievement. Today is a big day which will be recorded in Iran's history."
Iranian television broadcast pictures of scientists dancing and waving test tubes apparently marked with chemical symbols. Mr Ahmadinejad, who has threatened to wipe Israel off the map, said the nuclear programme was for purely civilian purposes.
The US, Europe and Israel remain sceptical. The speech - carried live on state TV - was punctuated by chants of "Death to America", "Death to Israel", and "Death to counter-revolutionaries".
Tehran's defiance comes after weeks of increasing pressure from the west, including a report that the White House is contemplating a tactical nuclear strike.
Analysts said Iran had shaved the timescale for production of nuclear weapons and predicted it could join the nuclear club within three to five years.
The US expressed dismay, as did Britain and other European countries. Scott McClellan, the White House spokesman, said Iran was "moving in the wrong direction" and, if it persisted, the US would discuss possible next steps with other members of the UN security council. A Foreign Office spokesman said the speech was "not particularly helpful".
On March 29 the security council imposed a deadline - April 28 - on Iran to stop all uranium enrichment.
Mohamed ElBaradei, the head of the UN's watchdog, the IAEA, who is to report to the security council on Iran's compliance, will arrive in Tehran today to try to broker a deal.
Despite the nature of the announcement, Mr Ahmadinejad sounded less confrontational than usual and held out the prospect that Mr ElBaradei's mission may not be in vain. "All our activities have been carried out under the gaze of International Atomic Energy Agency inspectors and we would like to carry on under their eyes," he said.
Some diplomats and analysts in Tehran speculated that the fanfare surrounding the announcement may be a prelude to the regime saying it was ready to bow to UN demands that it suspend enrichment activities and re-enter negotiations. "Their goal is to claim a very big victory and achievement and say, 'Now that we have reached our goal and public opinion has been satisfied we will go for compromise with the UN security council and US,'" said Saeed Leylaz, a political analyst.
According to sources in Tehran, Mr ElBaradei will be taken to the Natanz plant and asked to recognise that Iran has mastered the full nuclear fuel cycle. Such recognition could greatly strengthen Iran's bargaining position, analysts say.
One Tehran-based European diplomat said: "I expect that they want ElBaradei to say something that recognises this new situation and that would propel them into a new phase. If that leads to a renewed suspension, all well and good."
--- ---
...