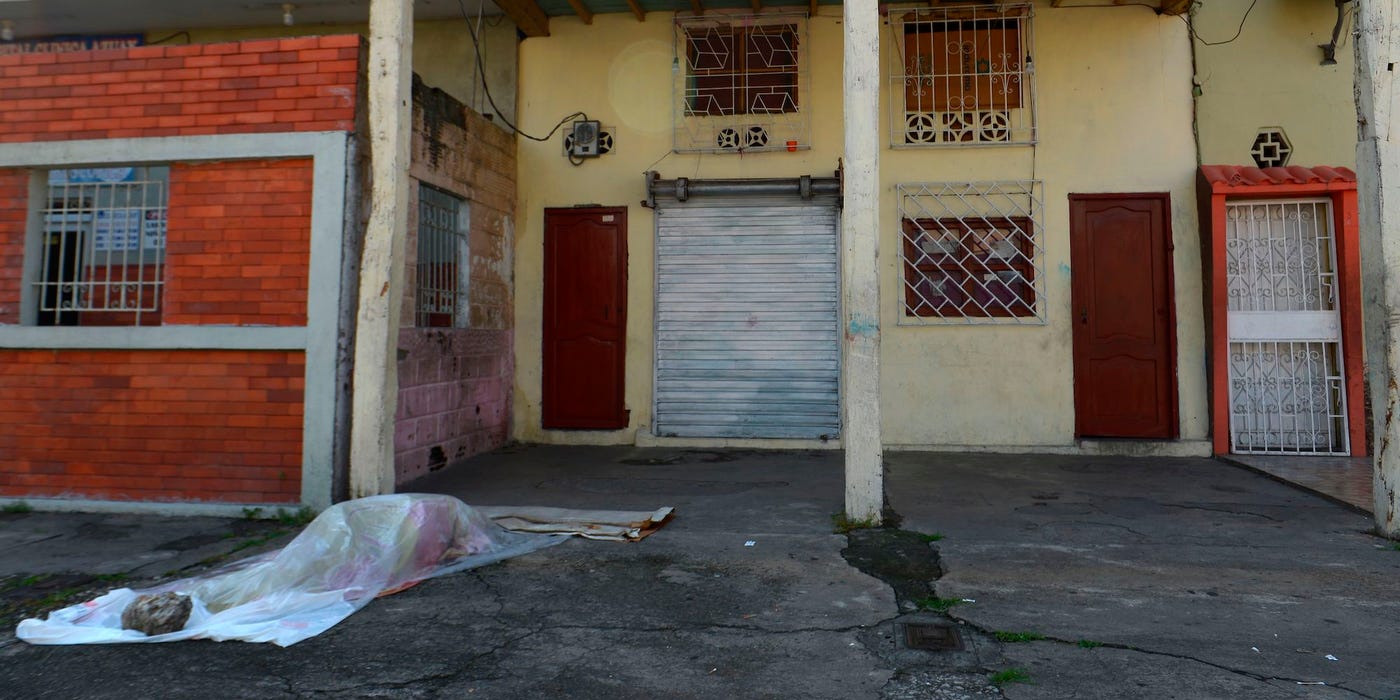 Jeremy Kryt
,The Daily Beast•April 11, 2020
CALI, Colombia—Images coming out of Guayaquil, a port city on Ecuador’s Pacific coast, are as grim as anything the world has seen since the COVID-19 pandemic began.
As the death toll has overwhelmed hospitals and morgues, bodies have been abandoned in the streets or left to decay in houses, cargo trailers, and parking lots. The smell of the exposed corpses sticks like bile in the throat, and flocks of vultures wheel above the city waiting their chance to feed on human carrion.
Cemeteries are far beyond capacity, so some of the dead are now buried in unmarked graves in outlying fields. Other cadavers are secreted out of the city by loved ones, disguised as sleeping passengers to slip through military checkpoints trying to stop the spread of the contagion.
Lacking the advanced technology and robust infrastructure of their First World counterparts, hospitals and health centers in Guayaquil have been swamped by climbing infection rates since late March, often leaving ordinary citizens to deal as best they can with dead and dying family members.

Is it Karma? Julian Assange on the balcony of Ecuadorian embassy in London in 2012

* * * Videos allegedly showing bodies being burned in the streets are now widespread on social media and reproduced by news outlets across Latin America—although the provenance of those public cremation clips remains controversial, and journalists in Guayaquil say they are not what they seem. Fires were lit to draw attention to bodies, not to incinerate them.