Siege and Battle of Bishapur

The Battle of Bishapur took place during the Muslim conquest of Fars, a province of Persia, in the seventh century AD. The city was taken by the Muslim Rashidun forces after a siege.
Bishapur (Iran) Sassanid Period 2

* * * Battle
The battle ended the siege by Maja'a bin Masud's troops of the former city of Bishapur, known to the Arabs as Sabur. In c. 643 Uthman ibn Abi al-As arrived at Bishapur with reinforcements from Basra and besieged the fortified town for several weeks before the town was forced to surrender. He then made a peace treaty with the inhabitants of the city. Further waves of reinforcements arrived under Sariyah bin Zuinem, then followed by forces under Suhail bin Adi, and lastly Asim bin Amr arrived in the region to completely pacify Kerman.
Shahrag (also spelled Shahrak) was an Iranian aristocrat, who served as the governor of Pars during the Arab invasion of Iran.
He is first mentioned in 644, when he defeated the Arab military leader al-Ala'a Al-Hadrami near Estakhr. Some time later, Uthman ibn Abi al-As established a military base at Tawwaj, and shortly after defeated and killed Shahrag near Rew-shahr (however other sources states that it was Shahrak's brother who killed him).
Subsequent events
In 644, al-'Ala' ibn al-Hadrami, the Rashidun governor of Bahrain, once again attacked Fars, reaching as far as Estakhr, until he was repelled by the governor (marzban) of Fars, Shahrak. Some time later, Uthman ibn Abi al-As managed to establish at Tawwaj a Misr, a military base whose regimental system was based on the Immigrant Tribal (mainly Arabs) system, and shortly defeated and killed Shahrak near Rew-shahr (however other sources state that it was his brother who did it). A Persian convert to Islam, Hormuz ibn Hayyan al-'Abdi, was shortly sent by Uthman ibn Abi al-'As to attack a fortress known as Senez on the coast of Fars. After the accession of Uthman ibn Affan as the new Caliph of the Rashidun Caliphate on 11 November 644, the inhabitants of Bishapur, under the leadership of Shahrak's brother, declared independence, but were defeated.
The name Bishapur derives from Bay-Šāpūr, which means Lord Shapur.
According to an inscription, the city itself was founded in 266 AD by Shapur I (241-272), who was the second Sassanid king and inflicted a triple defeat on the Romans, having killed Gordian III, captured Valerian and forced Philip the Arab to surrender. In his native province of Fars, he built a new capital that would measure up to his ambitions: Bishapur, Shapur's City. Outside the city, Shapur decorated the sides of the Bishapur River gorge with huge historical relief commemorating his triple triumph over Rome. One of these reliefs, in a semicircular shape, has rows of registers with files of soldiers and horses, in a deliberate imitation of the narrative scenes on the Trajan column in Rome.
At Bishapur the king also inaugurated the Sassanid imagery of the king's investiture, which would be copied by his successors: the king and the god are face to face, often on horseback, and the god - usually Ahura Mazda - is holding the royal diadem out to the sovereign.
The city, has the remarkable dam bridge in Shushtar, built by Roman soldiers who had been captured after Valerian's defeat in 260. However, it was not a completely new settlement: archaeologists have found remains from the Parthian and Elamite ages.
The city remained important until the Arab conquest of Persia the rise of Islam in the second quarter of the 7th century AD. There were still people living there in the 10th century.
The city has a rectangular plan with a grid pattern of regular intra urban streets, resembling Roman city design. This design was never repeated in the architecture of Iran.
--- ---
...

Zoroastrianism - the world of the Wise Lord ... 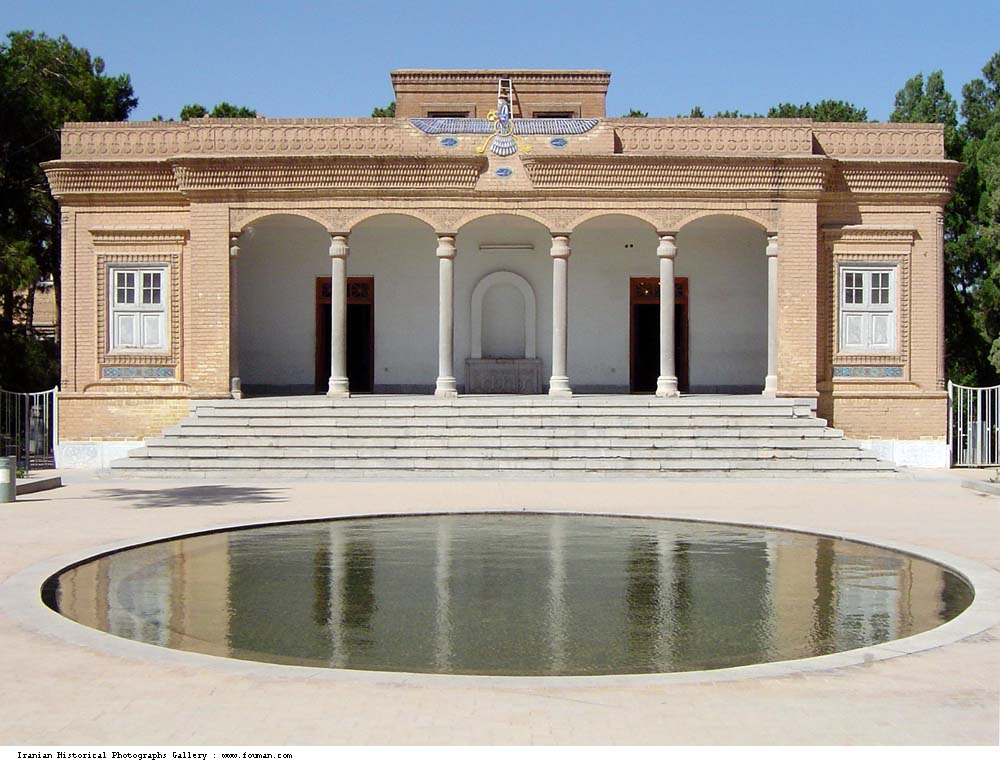 indolink.com 01/12/2013 Culture
By Nazar Khan While browsing through the ancient Persian history, I was struck and fascinated by another subject – Zoroastrianism. Zoroastrianism has...View Details»

Yalda Night; What's This Iranian Tradition All About? ...

1host2u.com 21/12/2013 Culture
By Mima Hoda Yalda Night is the longest night of the year in the northern hemisphere. The occasion has been celebrated by Iranians for thousands of y...View Details»