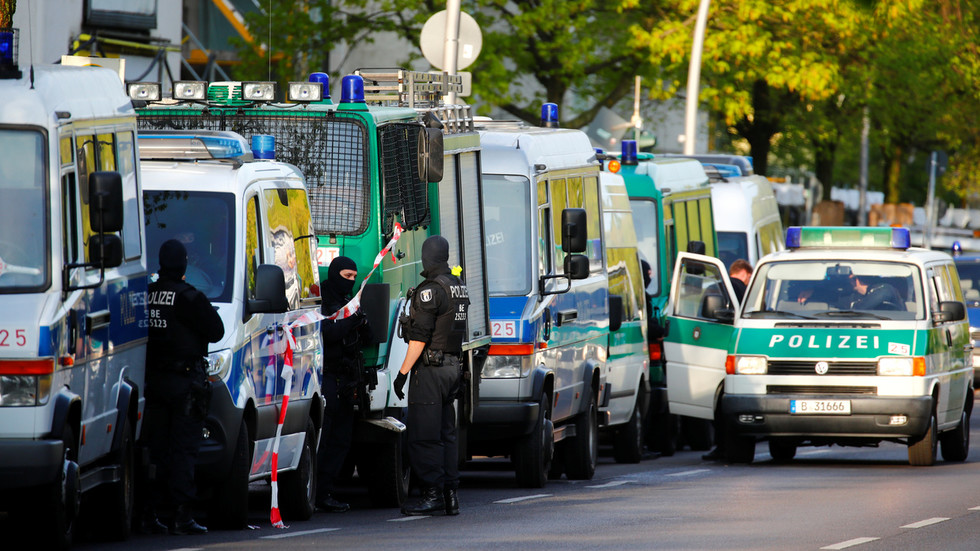 Berlin has banned the Lebanese militant organization and political party, Hezbollah, labeling the group a terrorist outfit as German police carry out raids on those suspected of being members.
“[Interior Minister Horst Seehofer] today banned the operation of the Shiite terrorist organization Hezbollah (Party of God) in Germany,” an Interior Ministry spokesperson tweeted on Thursday morning.
Police measures have been taking place in several federal states at the same time since the early hours of the morning. The rule of law can also act in times of crisis.
Police descended on several mosques and cultural centers – believed to be linked to Hezbollah – in Berlin as well as North Rhine-Westphalia and Bremen. Flats occupied by their leaders, treasurers, and tax advisers were also searched.
German authorities believe some 1,050 people in the country could belong to the group’s “extremist wing,” carrying out raids to sweep up the alleged members.
Though Berlin previously made a distinction between Hezbollah’s political and armed units, the minister’s decision will see the entire group banished from the country as an illicit terrorist cell.
Germany began to float the idea of banning Hezbollah last year, with the debate being fueled by US Ambassador Richard Grenell. The notorious envoy blasted the “artificial distinction,” insisting that “Hezbollah makes no such distinction.”
The center-right CDU and CSU parties teamed up with the Social Democrats and the liberal Free Democrats, submitting a corresponding request to the government in December 2019.
The US, Canada, the Netherlands, Japan, and the UK all banned Hezbollah back in March 2019.
Founded in the 1980s during Israel’s occupation of southern Lebanon, the Shia organization has risen to prominence within Lebanese politics, taking part in governing coalitions while maintaining its armed presence along the border with Israel.
The group has found a staunch ally in Tehran, keeping a close relationship with the Islamic Republic, and has come to the aid of Syrian President Bashar Assad in the fight against jihadist rebel groups which took over swathes of Syria beginning in 2011.
--- ---
...