US asks allies to help rein in Iran-Venezuela flights 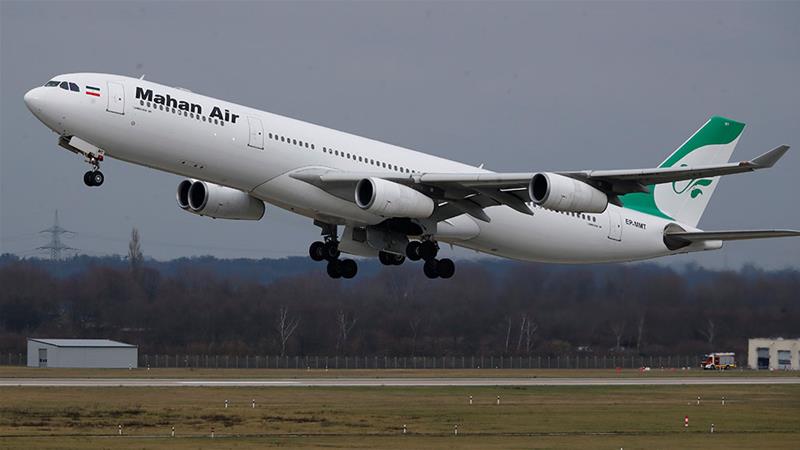 In recent days, multiple aircraft belonging to Iran's Mahan Air have transferred 'unknown support' to the Maduro regime.
United States Secretary of State Mike Pompeo on Wednesday called on countries to deny overflight rights to Mahan Air, an Iranian airline under US sanctions, which he said recently delivered cargoes of "unknown support" to the Venezuelan government.
A thorn in the eyes of the enemies

* * * The US maintains punishing sanctions on Iran aimed at containing its regional power in the Middle East, and has hit Venezuela with similarly tough measures in an effort to force socialist President Nicolas Maduro from power.
Speaking at a State Department news conference, Pompeo said aircraft of privately owned Mahan Air, Iran's largest airline, in recent days delivered supplies to Maduro's government.
"Over the last few days, multiple aircraft belonging to Mahan Air have transferred unknown support to the Maduro regime," Pompeo said. "This is the same terrorist airline that Iran used to move weapons and fighters around the Middle East."
The flights "must stop," Pompeo continued, adding that countries should deny Mahan Air overflight rights "just as many have already denied landing rights to this sanctioned airline."
The Trump administration has waged a campaign of sanctions and diplomatic measures against Venezuela in an effort to oust Maduro, whose 2018 re-election was considered a sham by most Western countries.
The US and dozens of other governments recognised opposition leader Juan Guaido as interim president in January of last year. But Maduro - who derides Guaido as a US puppet - remains in power, backed by Venezuela's military as well as Russia, China and Cuba. Some US officials have said this has been a growing source of frustration for President Donald Trump.
Last week, a Venezuelan official said the country received materials via Iranian aircraft to help it start the Cardon Refinery's catalytic cracking unit, which is necessary to produce gasoline.
Planes flying from Tehran landed at the Las Piedras airport in western Venezuela, where Cardon is located, on April 21 and 22, according to data on flight-tracking service Flightradar24 that was reviewed by Reuters. The planes were operated by Mahan Air.
Both oil-producing countries are OPEC members.
Washington in December and January sanctioned Mahan Air for alleged roles in the proliferation of weapons of mass destruction and transporting arms and fighters to Syria as part of Iran's backing of Damascus in that country's civil war.
Those sanctions expanded on 2011 sanctions imposed on Mahan Air over its support for Iran's Islamic Revolutionary Guards Corps.
SOURCE: Reuters news agency