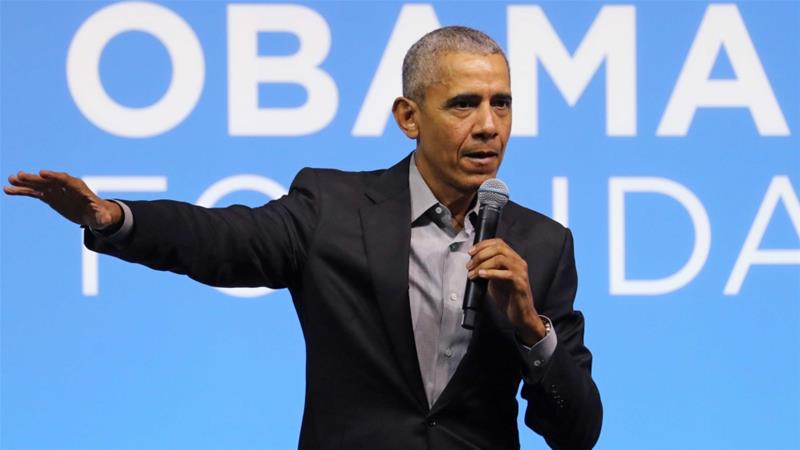 In leaked call, former president also warns 'rule of law at risk' in the US after justice department drops Flynn case.
Former United States President Barack Obama has reportedly described President Donald Trump's handling of the coronavirus pandemic as "an absolute chaotic disaster".
Obama has largely kept out of the fray even as Trump has blamed him and his Democratic administration for a variety of problems related to having sufficient supplies to battle the pandemic.
But in his call on Friday with 3,000 members of the Obama Alumni Association, people who served in his administration, Obama reportedly urged his supporters to get behind Democratic presidential candidate Joe Biden, who is trying to unseat Trump in the November election.
"This election that's coming up on every level is so important because what we're going to be battling is not just a particular individual or a political party. What we're fighting against is these long-term trends in which being selfish, being tribal, being divided and seeing others as an enemy - that has become a stronger impulse in American life. And by the way, we're seeing that internationally as well," Obama was cited as saying in the private call according to Yahoo News, which said it obtained a tape of the call on Friday.
"It's part of the reason why the response to this global crisis has been so anaemic and spotty. It would have been bad even with the best of governments. It has been an absolute chaotic disaster when that mindset - of 'what's in it for me' and 'to heck with everybody else' - when that mindset is operationalised in our government.
"That's why, I, by the way, am going to be spending as much time as necessary and campaigning as hard as I can for Joe Biden," he said.
The United States by far leads the world in the number of coronavirus infections, at nearly 1.3 million, and deaths, with more than 78,000.
Trump has been criticised as essentially abdicating any leadership role in guiding the country through one of its worst crises in a century, leaving states on their own to grapple with the pandemic and even bid against each other to obtain critical medical equipment on the open market or abroad.
Critics say Trump, after first downplaying the threat posed by the virus, squandered precious time in February as the pathogen spread in America and his administration did little to stock up on testing kits and other medical gear or to develop a cohesive national strategy.
With an eye to re-election, the president has also been blasted as putting his own political interests before human life by aggressively pushing states to reopen their devastated economies without a clear blueprint for how to do it safely.
White House spokeswoman Kayleigh McEnany said Trump's response to the coronavirus "has been unprecedented" and has saved American lives.
Warning on rule of law
Obama also warned during the call that the "rule of law is at risk" in the US after the justice department said it would drop the legal case against Michael Flynn, a former White House national security adviser.
Flynn, a key target in the investigation into alleged Russian meddling the 2016 US election, pleaded guilty in 2017 to making false statements to the FBI in relation to conversations with the Russian ambassador.
Attorney General William Barr's declaration that there were never grounds to pursue Flynn and the FBI abused its powers drew fierce criticism from legal experts and civil society groups.
While President Donald Trump fired Flynn for lying to Vice President Mike Pence, Trump frequently tweeted about the former general's case, which became a rallying cry for his supporters in attacking the FBI investigation. Trump recently declared Flynn "exonerated".
"The news over the last 24 hours I think has been somewhat downplayed - about the Justice Department dropping charges against Michael Flynn," Obama reportedly said.
"And the fact that there is no precedent that anybody can find for someone who has been charged with perjury just getting off scot-free. That's the kind of stuff where you begin to get worried that basic - not just institutional norms - but our basic understanding of rule of law is at risk. And when you start moving in those directions, it can accelerate pretty quickly as we've seen in other places," he said, misstating the charges against Flynn.

9/11 families to President Biden: Don't come to our memorial events... 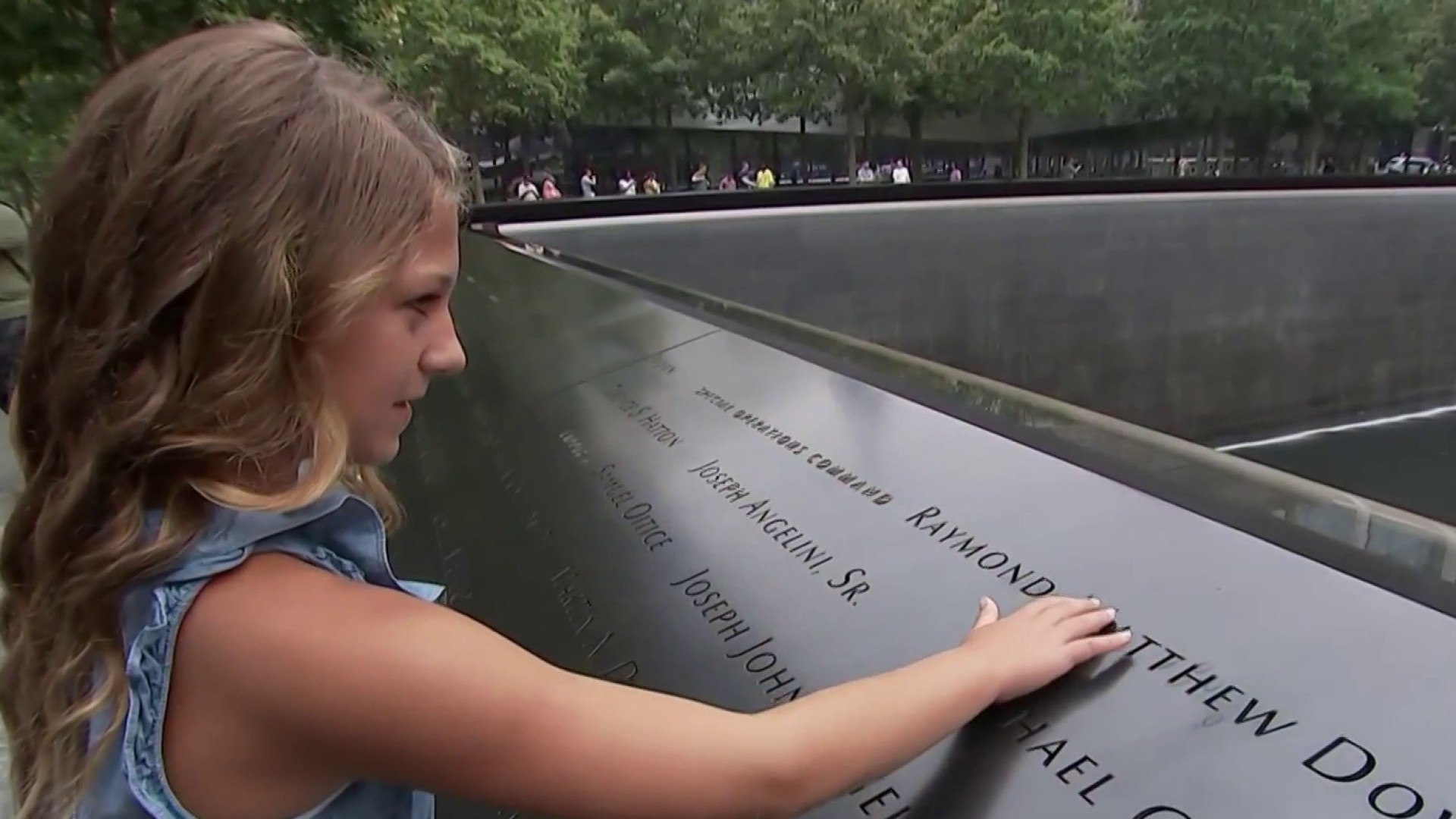 nbcnews.com 06/08/2021 Politics
Nearly 1,800 victims’ relatives, first responders and survivors are calling on Biden to refrain from attending any memorials over his refusal to relea...View Details»