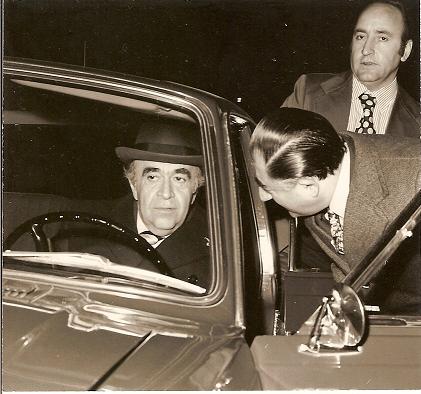 Iran National was founded by Ahmad Khayami, with registered in the capital of 100,000,000 Rls, on August 29, 1962 Aliakbar Khayami, Ahmad Khayami, Mahmoud Khayami, Marzieh Khayami and Zahra Seyedy Dashty, in Ekbatan world in Tehran.
The Paykan (Persian: پيکان‎ meaning Arrow) was the first Iranian made car produced by Iran National between 1967 and 2005. The car was very popular in Iran from its introduction until its discontinuation. It is often colloquially referred as the Iranian chariot.
The Paykan was a Hillman Hunter built under licence, but had some unique body work and locally-developed variants (most notably, the pickup, which used a different body shell from the one sold elsewhere).
The design was introduced to Iran by Mahmoud Khayami, co-founder and, by then, owner of the Iran Khodro (formerly called "Iran National") company and factory, who accurately predicted that Iran was in need of a simple "no-frills" motorcar within the price range of ordinary people.
In 1967, Rootes began exporting Hillman Hunters to Iran Khodro in "complete knock down" (CKD) kit form, for assembly in Iran. By the mid-1970s, full-scale manufacturing of the car (minus the engine) had started in Iran.
In 1977, Roy Axe designed a new Paykan facelift model using many interior and exterior parts from the Chrysler Alpine.
In 1978, Peugeot took over the Rootes company after it collapsed under the ownership of Chrysler Europe; a year later, Peugeot ended Hillman Hunter production in Ireland. Following this, the Paykan's engine production tooling was moved to Iran and was in full-scale manufacturing under Peugeot licence. This ended in 2005 with the final Paykan leaving the assembly line.
Irankhodro tried to replace Paykan with a so called "New Paykan" but Peugeot did not agree with the naming. This revealed the fact that the intellectual ownership of the Paykan brand and logo still belongs to the PSA (Peugeot Société Anonyme) as a legacy of the demise of Rootes group.
Design
Although the Paykan was based on a 1966 Hillman Hunter, there were many changes and modifications made to it over the years – notably the substitution of the original 1725cc Rootes engine with a Peugeot 504-derived unit. The modifications to the exterior included revised headlights and taillights. A Paykan Pickup was also offered. There was another pickup truck based on the Hillman Hunter sold in South Africa – the Dodge Husky – but the two models used different bodies. The South African version has a thicker B-pillar and retains the saloon's lines along the side panels. The tailgate and rear window are also subtly different.
--- ---
...

Chrysler in Iran: the Hillman Arrow and Iran Khodro Paykan... 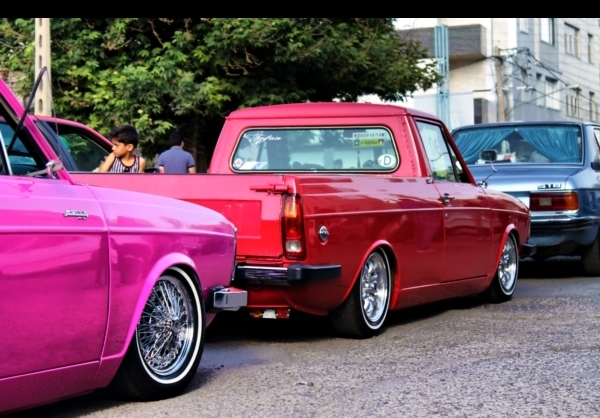 Iran's 21st Century Car Will Be Designed And Engineered By Pininfarina... 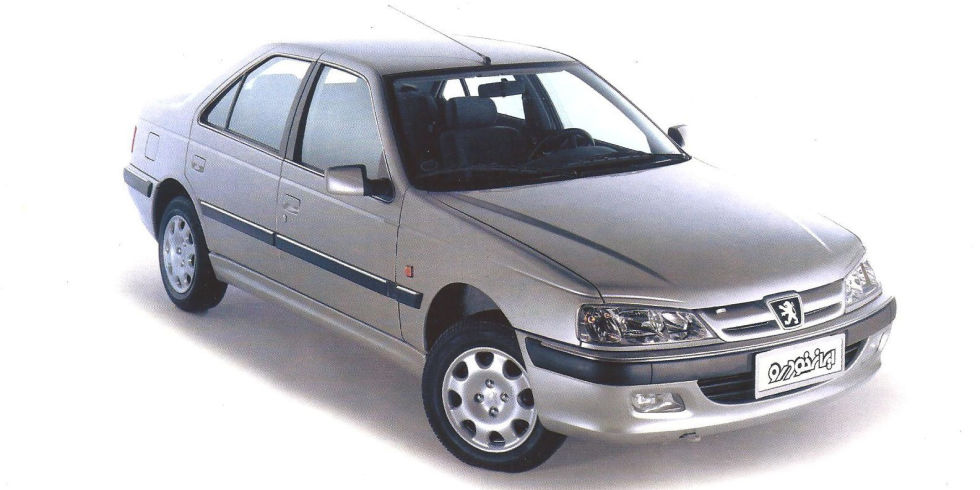 roadandtrack.com 11/05/2017 Auto
Since the entire Iranian car industry was pretty much built on the also Pininfarina-designed Peugeot 405, this $76 million deal makes a lot of sense. ...View Details»