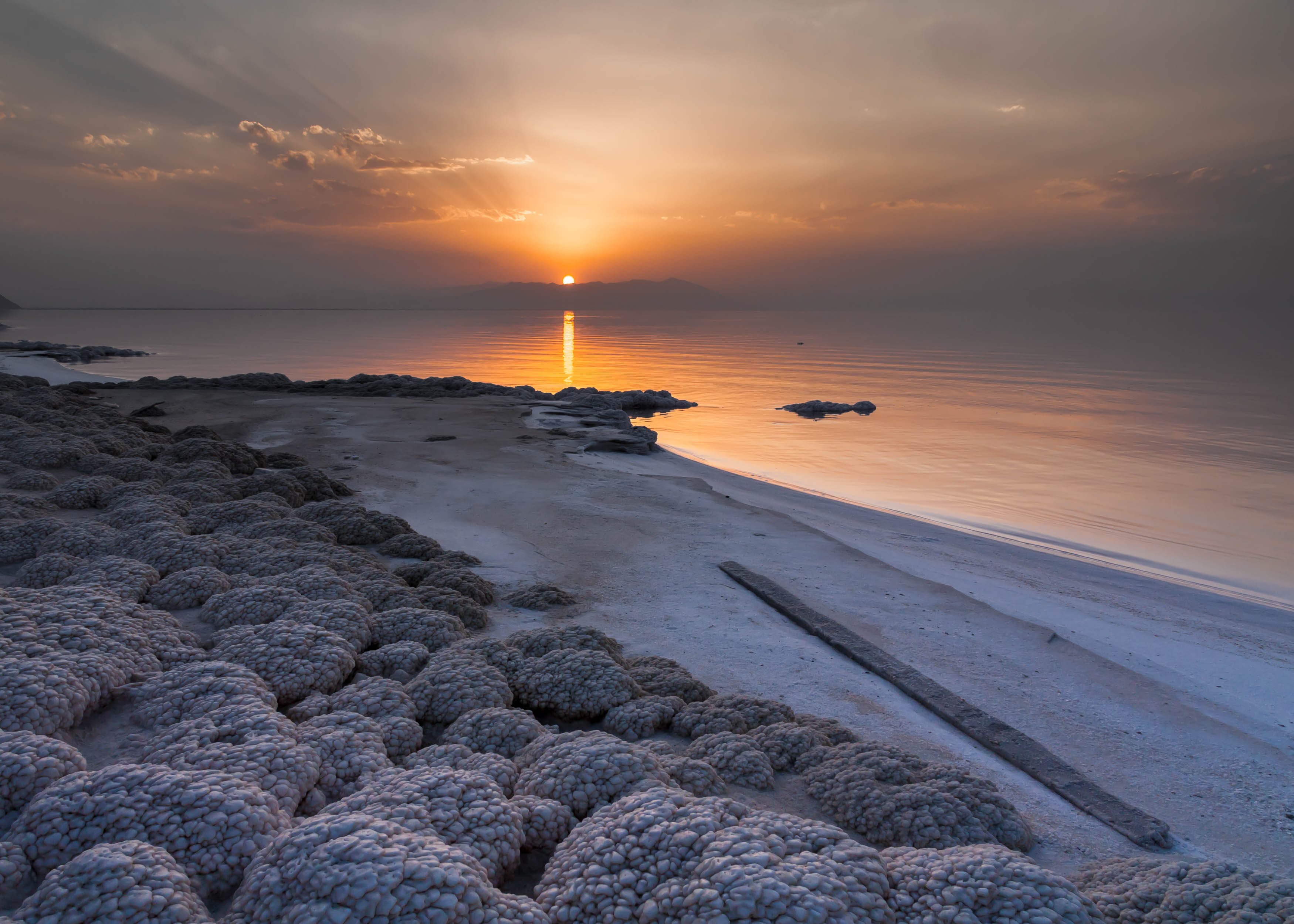 Dominic Dudley / Forbes
Tehran- Images from northwest Iran in recent years have told a grim environmental story: of a vast lake in retreat, of a beached ship and piers that jut out onto arid salt flats. But against the odds, one of the world’s largest salt lakes is now coming back to life, in a rare piece of good news from Iran.
A combination of man-made efforts and higher rainfall in recent years is “slowly, but surely reviving what was once the second largest saltwater lake in the world,” says Claudio Providas, Resident Representative in Iran for the United Nations Development Program (UNDP), which is involved in a project to save the lake.
Urmia had been laid low by a combination of drought, an ever-increasing number of dams (Iran has been an enthusiastic builder of them for more than 60 years) and the overuse of underground water sources and rivers by local farmers. The lake began retreating in the mid-2000s and by 2014 had shrunk to a fraction of its former size, with reports of it holding just 500 million cubic metres of water, compared to 30 billion cubic metres when it had been full.
Satellite images showed a body of water that had mostly receded to a shallow basin to the north of a bridge which had once bisected the lake, leaving the southern portion largely barren. Iran was facing an environmental disaster similar to what has happened to the Aral Sea in Central Asia. An estimated 6 billion tons of salt and dust threatened to blow around the surrounding area, devastating farmland and posing a health risk to the local population.
The programme to save the lake began in 2013. At the time, Urmia’s surface covered just 500 square km, a fraction of the 5,000 km2 it had been at its height. By 2017, it had expanded to 2,300 km2 and, according to the latest information from the Lake Urmia monitoring station, it was at 3,134 km2 last month.
The lake’s surface now lies 1,271.75 meters above sea-level, having risen by 0.3m over the past year and 1.7m since 2014. Iranian media agencies have been celebrating the progress with numerous reports in recent weeks. The authorities are understandably keen to advetise the gains that have been made, not least because so much else in the country has been going wrong in recent years, from protest movements brutally supressed to a stumbling economy hit hard by sanctions, tumbling oil prices and one of the world’s worst outbreaks of Covid-19.
There is still a long way to go for the lake though. The target is to reach a water level of just over 1,274m, something which “still requires substantial efforts,” says Providas. But things are at least heading in the right direction. “Regarding the biodiversity of the lake, there are signs of hope,” adds Providas. He says that brine shrimp, which had disappeared from the lake’s ecosystem due to high salinity, are returning. The number of water birds such as flamingos has also increased from 4,000 during the worst period to 60,000 last year.
Rescuing the lake has been an international effort. Iranian government ministries and the Urmia Lake Restoration Program have been supported by the UNDP. Local communities have also been heavily involved and there has been almost $7 million in financial support from the Japanese government. Local press reports suggest more than $1 billion has been spent on the project in total.
At one point there was talk of trying to bring in other international backers – in 2018, officials were said by one local news agency to be in talks with “several foreign investors regarding the lake,” but no other backing has been announced.
International sanctions – in recent years led by the U.S. – have undoubtedly made things harder. “Certainly, the existence of sanctions is a serious challenge for our projects, especially international projects, as it makes it difficult to mobilize international resources and even to promote international experience and knowledge exchanges,” says Providas.
A critical element to the project has involved persuading farmers to change their practices. To date there has been a 35% reduction in water use by local farms and a 40% reduction in the use of traditional pesticides. In addition, local rivers which feed the lake have been dredged to remove the silt which was blocking them and more water has been released from nearby dams. Providas also notes that “favorable climate conditions have also accelerated the restoration process of the lake.” West Azerbaijan province – which one half of the lake is in – has seen 20% more rain over the past year than the long-term average; last year it was 71% higher than the norm.
The improving environment is helping new industries to take root, which could be a key factor in ensuring the progress made in recent years isn’t lost in the future. “We have observed new economic activities such as ecotourism and bird watching [and] territorial branding for local products,” says Providas. “Having a healthy lake at the centre of the socio-economic development plans is the ultimate goal.”
--- ---
...

Lake Urmia comes back to life slowly, but surely ...