Mystery Submarine May Reveal A Major New Capability For Iran 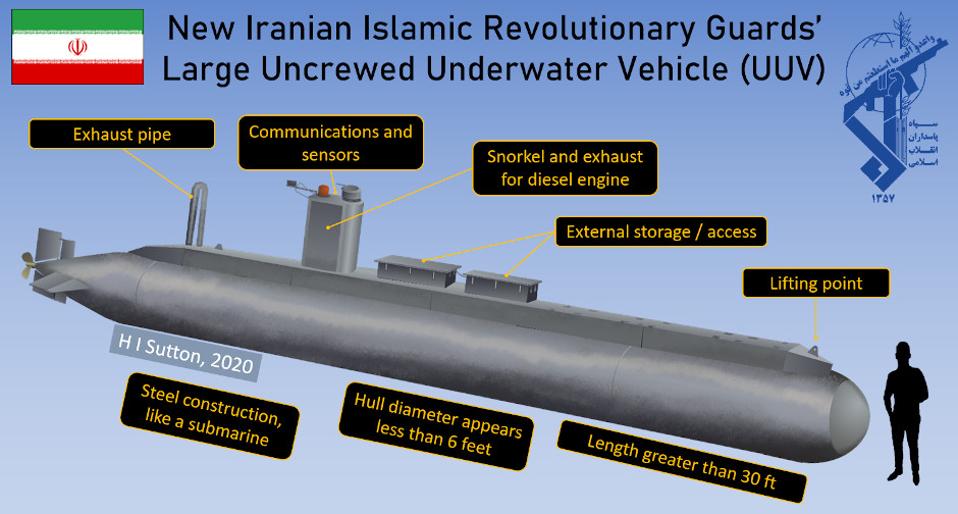 By H I Sutton Contributor
Aerospace & Defense
It was only a matter of time before this happened. A new vessel, shown in public for the first time this week, is either a very small submarine or a very large Uncrewed Underwater Vehicle (UUV). It appears to be the latter. If correct, this will add a new dimension to Iran’s systematic warfare capability. It will also mean that Iran joins an elite club with only the U.S. Navy and Britain’s Royal Navy having such large UUVs.
Iranian Islamic Revolutionary Corps Navy (IRGC-N) uncrewed submarine
The robot submarine, known as a UUV (Uncrewed Underwater Vehicle) is quite large, loosely comparable ...

* * * The vehicle is loosely comparable to the Boeing BA Orca extra-large uncrewed underwater vehicle (XLUUV), which is being developed for the U.S. Navy, in terms of size category and, crucially, diesel-electric propulsion, if not sophistication. The Iranian model is almost certainly cheaper!
The vessel was displayed at a ceremony to introduce over 100 new boats to the Islamic Revolutionary Guard Corp’s Navy (IRGC-N). This is the arm of the armed forces which is most frequently associated with Iran’s more adventurous operations. These include a series of suspected limpet mine attacks on tankers in the Persian Gulf last year.
The other craft paraded included missile and rocket armed fast attack craft (FACs), speed boats and underwater chariots for commando frogmen. There were even some very small wings-in-ground-effect aircraft. None of the types in the main display were actually new, although some of the individual vessels might be. But this UUV is, and it is in a different league.
Adding large UUVs could provide new ways for the IRGC-N to project power and prestige in the region. The diesel-electric propulsion will give it very long range. And its large size could make weapons integration more feasible. A large UUV used for mine laying would be relatively achievable, for example.
Two people were on the casing during the parade. One was perched on a makeshift chair using a heavy-duty remote controller to steer the vessel. The other appeared to be helping with the connection cable for the controller. This may reflect the early development phase of the vehicle, although we should not place too much weight on this. Parades are often done differently from operations.
The absence of a protective sail where a crew person can stand while it is on the surface indicates that the craft is not intended to be crewed.
Many IRGC-N craft appear garage-built, and this UUV is no different. On the side it proclaims “we can do it” in the Farsi language (ما می توانیم). But it does appear to use a cylindrical steel hull which is essentially the same as a submarine. Iran builds many midget submarines so this is well within their industrial capabilities.
What may be more challenging is the control and automation. But Iran has long experience with remotely-controlled explosive boats, such as those used in Yemen. We will see whether it enters production, and whether similar designs show up in Yemen.
H I Sutton: Defense analyst using OSINT (Open Source Intelligence) to get to the stories first. Author of several books on Submarines, Special Forces and Narco subs.
--- ---... 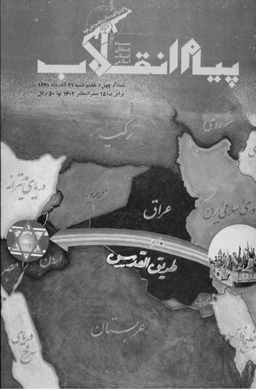