Private-sector growth has compensated for the sanctions squeeze on oil exports, but a new threat looms.
By Esfandyar Batmanghelidj
June 14, 2020, 8:30 AM GMT+4:30
Earlier this month, Mohammad Bagher Nobakht, the official responsible for planning Iran’s state budgets, told parliament he planned “to sideline oil in the economy and run the country’s programs without oil.” He didn’t have much choice: Iran, Nobakht said, had earned just $8.9 billion from the sale of oil and related products in 2019-20, down from a peak of $119 billion less than a decade ago.
Like their counterparts in other hydrocarbon-dependent states, Iranian officials have long talked about the importance of reducing reliance on oil revenues. But the need for transition to a non-oil economy has become critical, following the Trump administration’s reimposition of secondary sanctions in November 2018, which has left China as the only major purchaser of Iranian crude.
The transition is well under way in the private sector, with a boom in manufacturing. For the past decade, companies have been looking beyond Iran’s large domestic market to export an increasingly diverse range of goods to a wider range of markets, turning the devaluation of the rial to their advantage. In 2019-20, non-oil exports, totaling $41.3 billion, exceeded oil exports for the first time in Iran’s modern history. Around half of Iran’s non-oil exports were in manufactured goods, meaning that Iran’s factories earned more than double what the country’s oil rigs earned in export revenue last year.
Sanctions pressure contributed to a 7% decline in total non-oil exports, but the total remains near historic highs. Iranian consumer goods and industrial products—ranging from cookies to stainless steel—are exported widely within the Middle East as well as further afield to China, Russia and Europe.
Manufacturing is also a major contributor to employment. Between March 2018 and December 2019, the manufacturing sector added 472,000 jobs, exceeding the 315,000 jobs lost in the quarter following the reimposition of U.S. sanctions. New employment helped soften the blow of sanctions, keeping Iran’s chronic high joblessness from getting worse.
The pivotal role of the manufacturing sector in supporting the economy is also clear in data for GDP growth. While the oil sector contracted 35% in 2019-20, the manufacturing sector only contracted by 1.8%. The sector in fact grew 2.4% in the final quarter, between January and March of this year.
Despite the rebound, Iran’s largest industrial enterprises continued to languish. The automotive and steel sectors, dominated by inefficient state-owned companies, have been hit hard by the sanctions, which have increased the price and reduced the availability of raw materials. They have also felt the impact of inflation, which has depressed domestic consumption. The private sector—including small and medium enterprises which produce food products, home goods, and apparel, among other consumer products—has compensated for the struggles of the state firms.
The coronavirus pandemic has introduced a new challenge for the manufacturing sector. The virus hit Iran hard, leading to more than 180,000 confirmed cases and nearly 9,000 deaths. The country’s economic recovery was derailed as a national lockdown brought factories to a halt and regional borders were closed, interrupting trade.
Iranian authorities eased the lockdown in mid-April, and that decision appears to have paid-off in the short term. Purchasing Managers’ Index (PMI) data published by the Iran Chamber of Commerce, show that private-sector manufacturers returned to expansion in the first month following the relaxation of the lockdown. As the pandemic continues to depress oil prices, the non-oil exports will be even more important for the country’s economy this year.
But new threats loom. Given the pivotal role of Iran’s manufacturing sector in the country’s economic resilience, the U.S. may seek to tighten the sanctions noose. In January, the White House issued a new executive order targeting the “construction, mining, manufacturing, or textiles sectors of the Iranian economy.” The administration is in effect targeting the private sector and the millions of blue-collar workers in the country’s factories, contrary to its stated intention of using sanctions to restrict the financial resources of government authorities.
If the Trump administration follows through on this order the impact will undermine any post-pandemic rebound.
--- ---
...

Europe Hardens Against Trump With United Stand on Trade and Iran ... 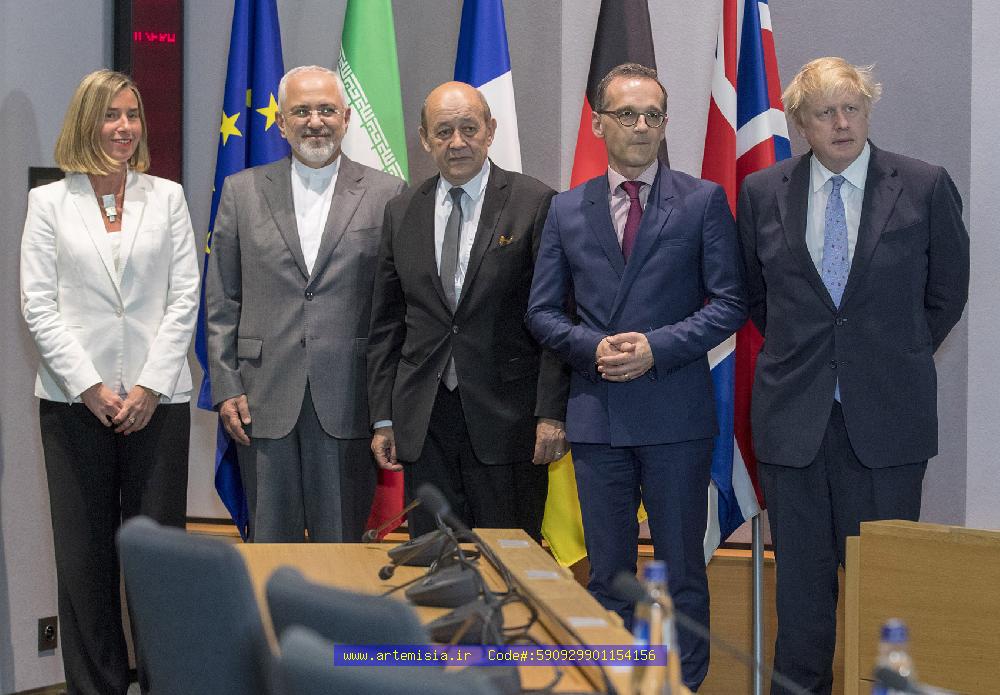