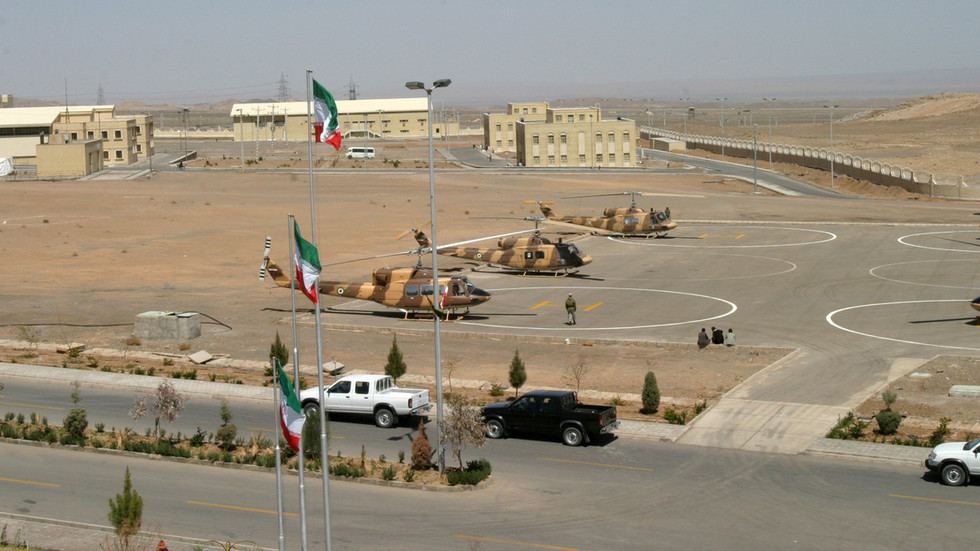 Some damage was inflicted on a building currently under construction at a nuclear facility in Natanz, Iran's Atomic Energy Organization has reported. However, it said there's "no need to worry" about possible radiation release.
The unspecified incident involved one of the "sheds under construction" at Natanz nuclear enrichment facility, Behrouz Kamalvandi, a spokesperson for the organization, told state news agency IRNA this Thursday.
There were no casualties among personnel and the incident did not disrupt "the current activities of this complex."
The Natanz site is thought to be Iran's prime uranium enrichment facility and a key part of the Islamic Republic's nuclear program. Calling the enrichment site "inactive," Kamalvandi said "there is no need to worry" about "the possibility of creating [radioactive] pollution."
The official stopped short of sharing more details, but said expert teams from the Atomic Energy Organization had been deployed to investigate the incident.
Located some 250km south of Tehran, the Natanz facility was the target of a sophisticated cyberattack almost a decade ago. The Stuxnet worm was reportedly used to sabotage enrichment activity by incapacitating gas centrifuges, and the network attack affected the whole nuclear program, then-president Mahmoud Ahmadinejad admitted at the time.
The site was also mentioned in the 2015 nuclear deal, which has been in jeopardy since the US withdrew from it in 2018. In response to the withdrawal, Tehran has rolled back its commitments under the pact and restarted enriching uranium beyond limits set out in the agreement.
--- ---
...