Kylie Moore-Gilbert in good health in Iran with access to medical treatment and books, Dfat says 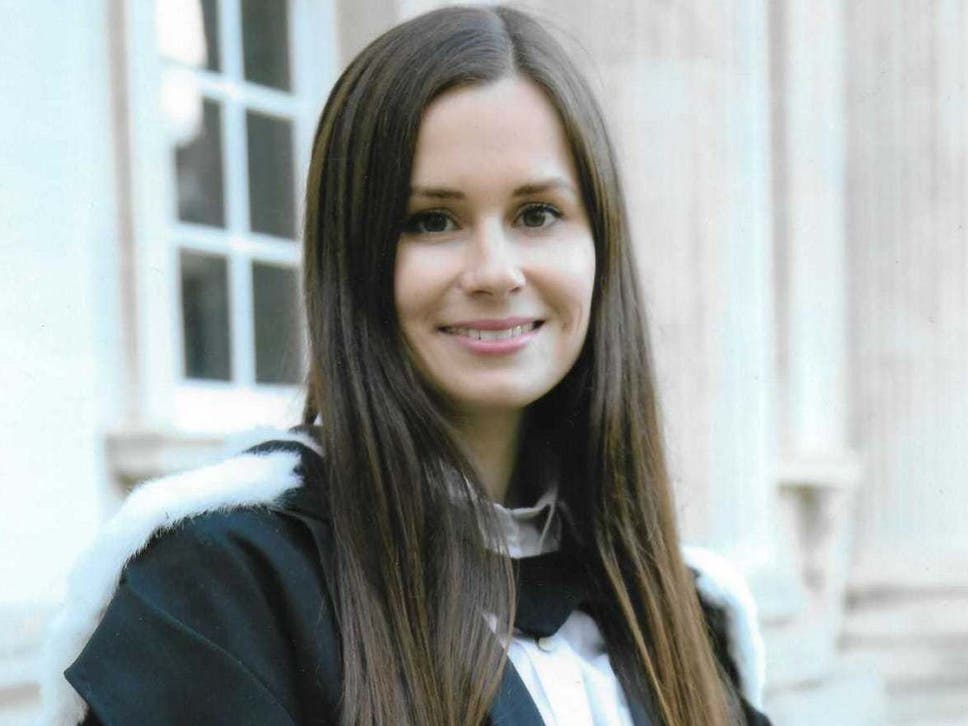 But the academic has told human rights advocates that in Qarchak prison ‘I can’t eat anything, I feel so very hopeless … I am so depressed’
Saba Vasefi and Ben Doherty
Tue 4 Aug 2020 18.30 BST
Detained British-Australian academic Dr Kylie Moore-Gilbert is in good health and has access to food, medical treatment and books inside Qarchak women’s prison, Australia’s ambassador to Iran has said.
The ambassador, Lyndall Sachs, was granted a visit with Moore-Gilbert on Sunday, after she was forcibly removed from Tehran’s Evin prison to the more remote Qarchak jail.
The Australian embassy will seek regular access to Moore-Gilbert, who has spent months in solitary confinement and was otherwise isolated during her nearly two years in prison.
The Australian government offered no detail regarding Sunday’s meeting, such as its duration or whether guards or anyone else was present.
Moore-Gilbert is well and has access to food, medical facilities and books, a spokesman for Australia’s Department of Foreign Affairs and Trade said.
“We believe the best chance of resolving Dr Moore-Gilbert’s case lies through the diplomatic path and not through the media.”
In a statement, Moore-Gilbert’s family said they felt reassured after the ambassador’s visit.
“We remain committed to getting our Kylie home as soon as possible and this is our top and only priority. We are thankful that Kylie has so many strong supporters and friends who love and care about her safe return.”
Colleagues and friends of Moore-Gilbert, who have formed an advocacy group to publicly push for her release, said their friend’s spirit had been an inspiration.
“Although she has been in prison for nearly two years, she has never been alone. We stand with her every step of the way and think about her every day. She is so loved,” they said.
“We remain concerned about the lack of progress in this case and its impact on Kylie’s wellbeing. We urge the Morrison government to urgently reflect on what more can be done and to explore all possible diplomatic options to expedite Kylie’s return home.”
Cambridge-educated Moore-Gilbert, a lecturer in Islamic studies at the University of Melbourne, is serving a 10-year prison sentence after she was arrested at Tehran airport in September 2018 and convicted of espionage following a secret trial.
No evidence of Moore-Gilbert’s alleged crimes has ever been publicly presented. She has denied the allegations against her and the Australian government rejects them as baseless and politically motivated.
Moore-Gilbert was arrested after attending an academic conference, at which she was invited to speak, in Qom. Fellow conference delegates and an interview subject for her academic work flagged her as “suspicious” to Iran’s revolutionary guards, who arrested her at Tehran airport as she prepared to fly out of the country.
Concern for Moore-Gilbert has grown after she was suddenly moved from Evin prison’s Ward 2A to the notorious Qarchak women’s prison outside Tehran.
Isolated and overcrowded, Qarchak has a reputation as one of the most hostile prisons in Iran. Last month, the US state department listed Qarchak as an entity responsible for “extrajudicial killings, torture, or other gross violations of internationally recognised human rights”.
There are also serious concerns over hygiene, with access to soap and other basics limited, particularly given Iran’s significant Covid-19 outbreak, with more than 300,000 confirmed infections and 16,000 deaths.
From Qarchak prison, Moore-Gilbert told human rights advocates by phone: “I can’t eat anything, I feel so very hopeless … I am so depressed.”
While Moore-Gilbert was initially placed in Qarchak’s quarantine section – a week-long Covid-19 precaution for all new inmates – she was moved after two days into the general prison population, sources said, to further cut off her access to the outside world.
A cellmate reported Moore-Gilbert was physically ill while she was held in the quarantine section.
“After one meal she became sick. Kylie was terrified of the officers ... she left me in tears and anxious,” the source said.
In letters smuggled out of Evin prison, written by Moore-Gilbert, she has begged for Australian government help and said she rejected an Iranian offer to become a spy on behalf of Tehran.
“I feel like I am abandoned and forgotten … I am an innocent victim,” she wrote.
Advertisement
In another letter to the prime minister, Scott Morrison, she wrote: “I beg you to act faster to bring this terrible trauma that myself and my family must live through day after day.”
--- ---
...