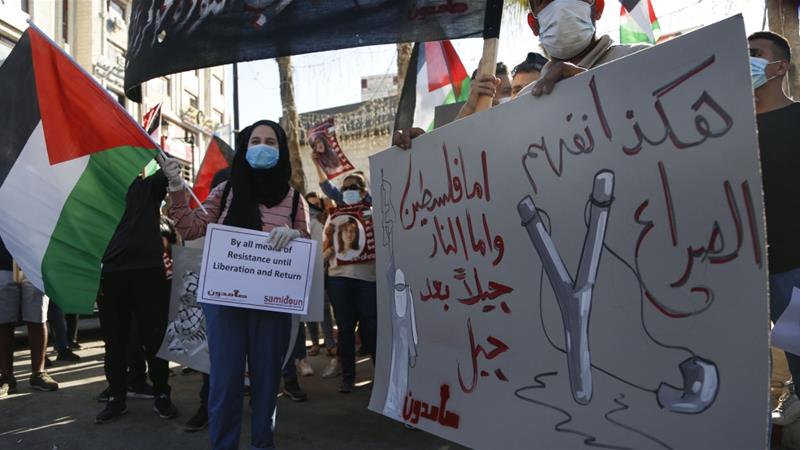 All Palestinian factions, including Hamas and Islamic Jihad, issued statements denouncing the UAE-Israel agreement.
by Walid Mahmoud & Muhammad Shehada
Gaza City - Palestinians reacted with shock and dismay after US President Donald Trump unveiled an agreement between the United Arab Emirates and Israel to normalise ties.
The deal pledges full normalisation of relationships between the two countries in the areas of security, tourism, technology and trade in return for suspending Israel's annexation plans in the West Bank.
Both the Palestinian leadership and public were caught by surprise when the announcement came on Thursday.
"We absolutely had no prior knowledge of this agreement," Ahmed Majdalani, the Palestinian Authority's (PA) minister of social affairs, told Al Jazeera. "The timing and speed of reaching this agreement were surprising, especially that it came at a critical moment in the Palestinian struggle."
Former PA minister Munib al-Masri noted Sheikh Zayed bin Sultan Al Nahyan, who ruled Abu Dhabi for more than 30 years before his death in 2004, had always been a strong supporter of the Palestinians.
"The late Sheikh Zayed was a dear brother to me, I knew how much he was proud of his support for Palestine… I never imagined that in my lifetime I would see the day in which the UAE would simply sell the Palestinians out for the sake of normalisation," al-Masri said. "It's very shameful. I can't believe it until now."
Other Palestinian officials said though the news came abruptly, it was not much of a surprise.
"We were not surprised that much because the Emirati army was never on the borders ready to fight Israel," said Mustafa al-Barghouti, leader of the Palestinian National Initiative and member of the PA parliament.

"We've been seeing recent strange moves by the UAE such as sending direct flights to Israel, and there were leaks of secret accords between the two in terms of scientific and economic cooperation. It is clear that these were preliminary steps to absorb yesterday's shock."
Rejecting the agreement
The PA and all Palestinian factions, including Hamas and the Islamic Jihad, issued official statements denouncing the UAE-Israel agreement. Palestinian leaders who spoke to Al Jazeera called it a "stab in the back".
"We already knew that there has been normalisation going under the table, but to formalise and legalise it that way at this critical moment is shocking. It's a stab in our back and the back of all Arab nations," said Majida al-Masri, former PA minister of social affairs.
Al-Barghouti emphasised the deal "doesn't introduce any change or progress, it's far from being genuine peace".
"This is an attempt to enforce the 'deal of the century' that aims to liquidate Palestinian national rights, it represents a denial of Palestinian, Arab and Islamic rights," he said.
Palestinian leaders said the deal was "a free gift to Israel" and was made to help the re-election of Trump and Israeli Prime Minister Benjamin Netanyahu.
"The UAE's position, in terms of its timing and essence, can only be understood as giving Israel leverage for free," said Wasel Abu Yousef, member of the PLO's Executive Committee and leader of the Palestine Liberation Front. "There's no reasonable justification for it except that it gives more power to the occupation and increases its crimes against the Palestinians."
Normalising de facto annexation
Although, Abu Dhabi's Crown Prince Mohammed Bin Zayed said the agreement "was reached to stop further Israeli annexation", Palestinians saw little credibility to this claim.
"The UAE is trying to deceive and mislead the public by repackaging this shameful agreement as a service to the Palestinians and claiming that it halts annexation, but that's merely throwing dust in the eyes," Majdalani said.
Al-Masri said annexation was "already going nowhere because the entire world was standing against it".
"So using annexation as a pretext is an exploitation of Palestinians to cover up what's been done here," al-Masri said. "But neither the UAE nor other countries are entitled to speak in the name of Palestinians.
"The format of the agreement implicitly approves of Israel's annexation of Jerusalem. It only opposes 'further annexation' while approving what's been annexed already."
Palestinian leaders argued the agreement will not stop Israel from extending sovereignty to the West Bank.
"Instead of de jure annexation, Israel is furthering its creeping annexation. It's accelerating and increasing its aggression on the ground in terms of settlement construction, home demolitions and what's happening in the Ibrahimi and Al-Aqsa mosques, and in lands that fall in area C," said al-Masri.
Palestinians noted that Netanyahu had kept the door open to annexation and merely said it was temporarily delayed.
"Netanyahu responded directly to this point and said that annexation is still on the agenda," al-Masri said. "This is a slap in the face of the UAE - to prove them wrong and embarrass them."
Breaching Arab positions
Al-Barghouti called the agreement "a divergence from the Arab peace initiative" and "a stab in the back of Arab positions".
"It even contradicts the interests of the Emirati people themselves and goes against the historic position of the UAE's previous rulers such as Sheikh Zaid," he said.

Majdalani said the deal aims to reshape the Arab approach to the Palestinian-Israeli conflict. "It allows Netanyahu to say that he can achieve peace in return for peace with the Arabs without withdrawing from any territories."
Al-Barghouti said he fears the agreement will give a pretext to countries such as Germany and the United Kingdom - which welcomed the deal - to look away from the situation.
"But we're surprised that Arab governments like Bahrain and others would openly express support for this deal. Did they forget the Palestinian people and their rights? Did they forget Jerusalem and Islam?" he said.
Added Abu Yousef: "The world should see Israel's accelerated and increased crimes on the ground in the occupied territories, not just the threat of annexation."
'Struggle will continue'
Despite the disappointment, Palestinians emphasised Thursday's announcement will not affect their determination to end the occupation.
"Our sacrifices that we gave in confronting this occupation will not go to waste, we will strongly hold on to our rights and principles, supported by all the free people of the world," said Abu Yousef.
Majdalani the Palestinian leadership was looking a ways to respond. "We took an immediate decision to recall our ambassador to Abu Dhabi and we're currently having all options on the table to consider."
Palestinian officials urged the Arab world and international community to act. "The best response to the deal can only come from fellow Arab nations," al-Masri noted.
Abu Yousef said the PLO "calls on Arab states to issue a unified position against the UAE's decision, so that there wouldn't be space for other Arab countries to follow its lead in weakening Arab positions and support to the Palestinians".
He said the UN's International Criminal Court (ICC), which may soon announce an investigation into Israeli actions in occupied Palestine, must now act.
"The international community, particularly international organisations like the UN, are now urged more than ever to take responsibility in stopping these crimes and empowering our people. Hence, we call on the ICC to expedite its ruling on holding the occupation accountable," Abu Yousef said.
Al-Masri concluded: "We still have hope on the Arab people, including the Emirati people who unfortunately cannot express their mind due to terrible state repression. The Arab public still rejects such normalisation."
--- ---
... 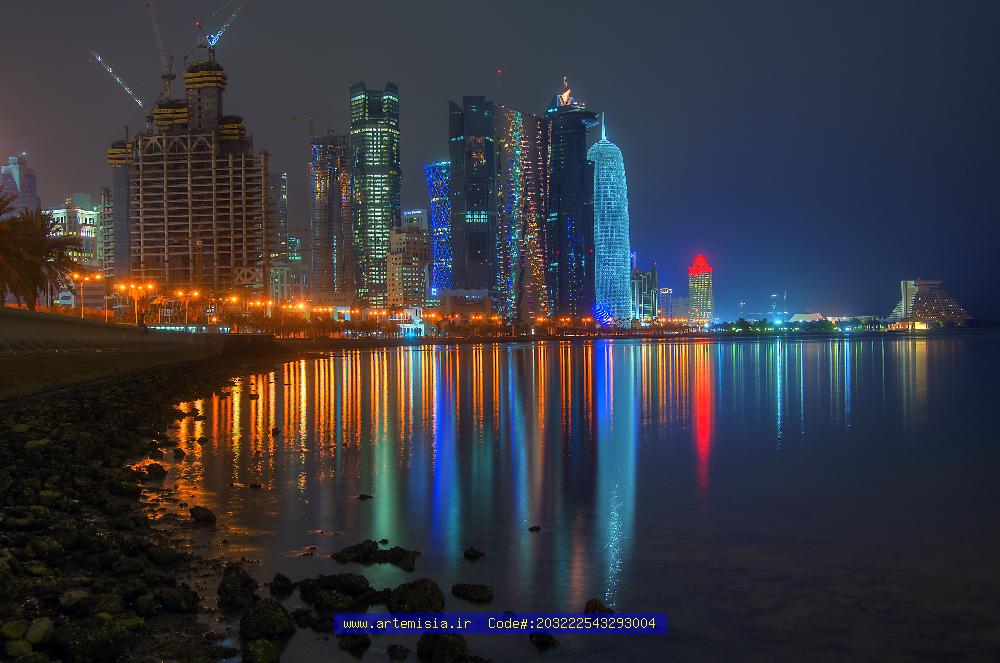