US withdrew from the JCPOA in 2018 and can no longer call on its mechanisms, EU foreign policy chief said.
The United States is not entitled to force the reinstatement of sanctions on Iran via the so-called "snapback" mechanism linked to an international nuclear deal, the European Union's foreign policy chief said.
Since the US unilaterally withdrew from the agreement, officially known as the Joint Comprehensive Plan of Action (JCPOA), it cannot be considered a part of it, the official added on Sunday.
"Given that the US unilaterally withdrew from the JCPOA in May 2018 and has not participated in any JCPOA structures or activities subsequently, the US cannot be considered as a JCPOA participant," a spokesperson for EU foreign policy chief Josep Borrell said, according to dpa news agency.
"We therefore consider that the US is not in a position to resort to mechanisms reserved for JCPOA participants [such as the so-called snapback]."
The nuclear agreement is intended to prevent Iran from developing nuclear weapons while granting it an internationally monitored civilian nuclear power programme.
In the course of the agreement adopted by the United Nations, the dismantling of sanctions against Iran was also regulated.
An arms embargo that is part of the deal is due to expire in October.
The US wants an extension of the embargo, but it failed to push this through in the UN Security Council earlier this week.
--- ---
... 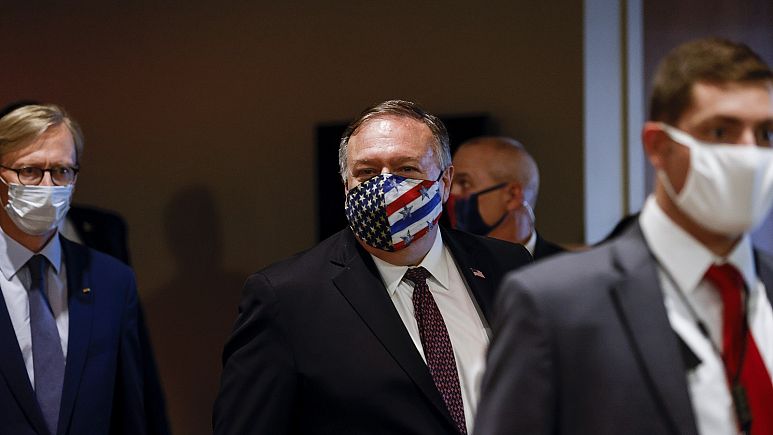 msn.com 21/02/2021 News
The head of the UN nuclear watchdog met Iran's atomic energy chief in Tehran Sunday, hours before a deadline set by the Islamic republic to limit insp...View Details»